Exceptions: transport of the future or a temporary fashion

The pros and cons of blisks 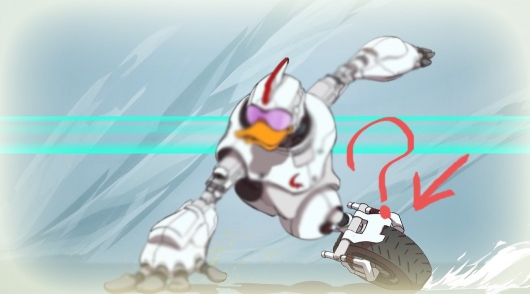 “Do not multiply things without necessity”: the principle of Occam’s blade

The world consumption can not stop in its development, otherwise the system will collapse. At least we want to convince sociologists and philosophers. A society that lives according to the law of consumption has been described almost half a century ago the French sociologist and cultural commentator Jean Baudrillard in the socio-philosophical work, whose name became a byword for the whole layer of Homo sapiens living on this planet: “the consumer Society”.

The only postulate of the many coined by the French sociologist (including the kind that the daily life of people has become so dependent on technology and other so-called mass regulators that the goods can not see the person, that is, it becomes depersonalized, dehumanized. Come first markers of success: iPhones, Apple Mac and Mercedes-Benz s steaks from marbled beef, penthouses, yachts, plane tickets to first class, etc., etc.), which we would like to remind you, is:

In modern civilization, there isn’t a rational consumer, independently exercising their choice. Individual, dictated by real needs, the choice is an illusion — it is dictated by the structure of the consumer society, giving value not objects, and abstract values…

Requirements are produced along with products that satisfy them. In the choice of goods is the pursuit of social difference, and because the support for such differences is a vital condition for the existence of modern civilization, the need always remains unsatisfied…

Philosophy? So how about the blisks!

You ask, and there are exceptions and some old philosophical doctrine, possibly very intelligent, and no less famous French Explorer society, but still? Where the answer to the title idea: “Can the monowheel be the transport of the future”?

Actually, if attentively to get a grasp in the brief statement of needs, which are produced along with the items that satisfy, to a certain extent have to find the answer, or at least to assume that the future of this vehicle is extremely vague. Because the update process of the devices and their transformation will be constant, and the change of fashion trends in most cases, changes not only the design of the device, but sweeps in the direction of an unstable/uncomfortable/unnecessary in their particular means of consumption.

In my opinion, this is the best suited example of this type of gyrometer – blisks. First look at its main advantages and disadvantages. Find out what qualities count more: 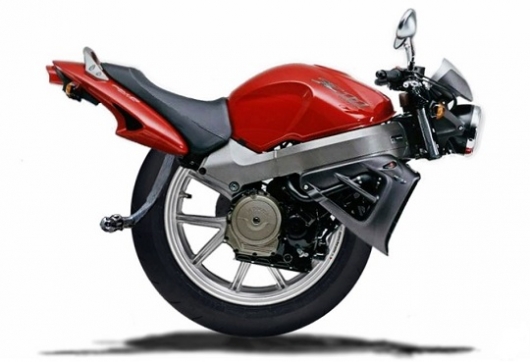 He’s only got one wheel, and thus to learn to ride it is not so simple. Many people may have problems with the development of management, because to balance on a single wheel unused to hard even psychologically, the brain simply does not perceive such surrealism. But still need to somehow manage to get on the wheel of the second leg…

On the video it looks not difficult, but in reality, some riders take up to a week to get comfortable on such a vehicle:

A simplified design. As an offshoot of gyrometers, the wheelbarrow becomes a minimalist copy of the two-wheeled compact vehicles. The simpler the better. This means that to break in a quality wheelbarrow is almost nothing. Compared to more complex Shoami, blisks – sample reliability!

Traumatic. Yes, the gyro system is really well-balanced wheel, but do not forget that it is still in one piece. So, you always need to have on the head a helmet, at least. Skinned elbows and knees doesn’t look good on you, and possible a sprained foot and broken hands for a long time “dissuaded” from using the strange device. And, Yes, you should not rely on wonderful modern technology, it is not omnipotent:

Theoretically, go anywhere. If you adapt, this unit can pass anywhere. In theory it makes sense. And you know why? Wheels have no clearance as such, but its diameter is usually 14 – 16 inches (35 – 40 cm) allows to overcome the terrain is quite complex, one might even say off-road. Video from YouTube channel technomode proof:

Minus (a VERY important factor. Is usually the main argument speaking in favor of single wheel)

The monowheel is not the most mobile vehicle. The device itself has a mass of about 10 – 13 lbs. and Some 20-kg weigh! While riding you need to have protection: helmet, elbow pads and knee pads. All this is quite cumbersome, isn’t it?

Now imagine that you decided to go to the store or come to their workplace, and may have gone down, for example, in the subway. Trinadcatiletnie something to wear in a public place where people will certainly not simple, even it has carry handles, and hide it from prying eyes at work with a bunch of protection can also be that has the problem. Therefore, the assertion that the wheelbarrow is highly mobile means of transportation seems more like a marketing myth, with the reality almost never associated.

The range and speed at altitude. The top monowheels powerful enough battery. Range per charge is in the range of 40-50 km (under ideal driving conditions and weather). Speed – 40 km/h!

How, in reality drives the wheel, don’t know, have not tried, but probably the results can differ by a few percent decrease. Factors influencing it more than it may seem at first glance (the weight of the rider, average speed, percentage of UPS and downs on the way, surface type, temperature). Therefore, regarding the range, all is not perfect, as they say in the brochures. And that brings us to the next disadvantage. 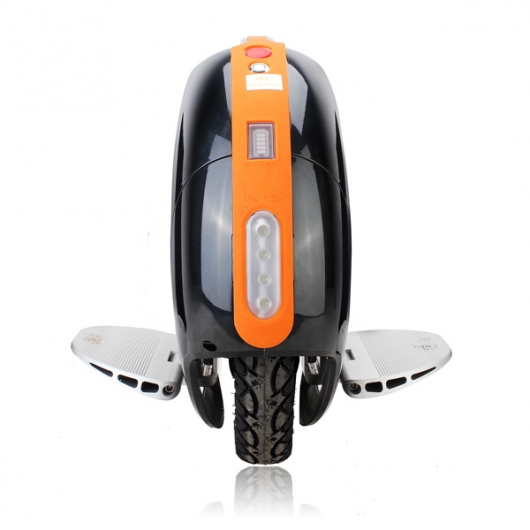 Minus (the Second important factor which can spoil the mood)

The wheel has limited range. Yes, expensive wheels, the price tag for which more than 30 thousand rubles, really ready to travel long distances. Let it be not 40 but 30 km still the distance is fairly large. Moreover, in three to five hours of charging from a regular outlet, the battery will fully restore energy. But budget options are absolutely not adapted to active movement. 18 – 25 kilometers is their ceiling. Adjustable distance in accordance with the external factors and get a… 12 – 15 miles… not enough to be for a device that should compete with the Bicycle or scooter. 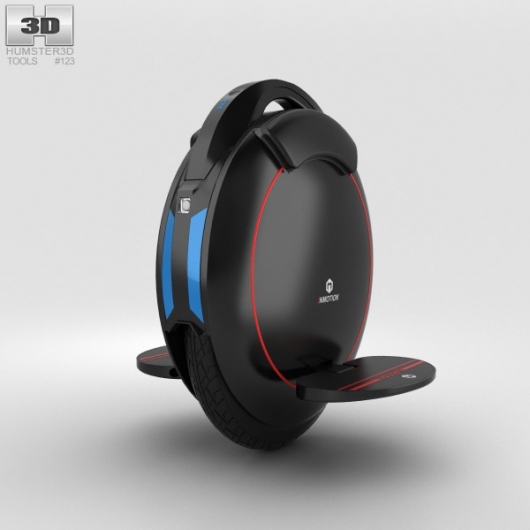 In the rain it is better not to ride. Guess why.

Winter’s not a train. Logically, though, kind of like the e-wheels can be use up to minus 10 degrees.

The wheelbarrow is not a sport. Of course, a trendy device and does not claim to be “sports equipment” – the problem is clearly other, but, also quick to go by bike, scooter or skateboard is the same, but to get not only positive emotions, or to get from point a to point B, but also to maintain health. 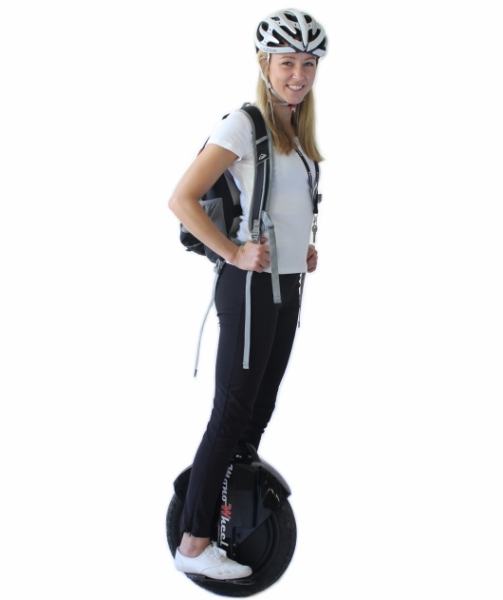 And so on. Of course, the minuses can name more, but it will be nitpicking. Like that, you can find additional advantages, but it would be dictated by the unhealthy interest likely personal interest by the vehicle itself or of the earnings from its sale.

As viditel, the negative aspects we did it more. And how are you? Maybe you know many advantages the use of blisks? It would be interesting to know your opinion about it in the comments.

Here are the main, in my opinion, the reasons why blisks and will remain so forever in the category of exotic rides:

1. It is an important factor that is usually put in plus marketers. The monowheel is not nearly as compact and mobile as it might seem at first glance.

2. It is only the offshoot of a long time gained popularity of means of transportation – bike. And, as the old saying goes: “Old friends are best.”

3. Electric wheelbarrow requires constant care and careful use and periodic maintenance. Electronics, like it or not, inside him.

In contrast, bike unpretentious, at least does not require constant maintenance, recharging, not afraid of harsh weather conditions. People are inert and will prefer a more simple version without “problems”, when the interest in unusual novelty fades.

The effect is very similar to how you download it on a smartphone fashion app. You have it set. Wonder how much it is comfortable and generally brilliant. I think that you’ll never have to part with it. Hard to use it. Few hours, a day, three days a week… a year from now, rummaging through your phone, you’ll suddenly find a strange program, and remember. Getting ridiculous, why spend money on this “genius” nonsense.

4. And do not confuse these magical gyroscopes inside the electronic blisks. The bike has almost the same effect have his wheel. 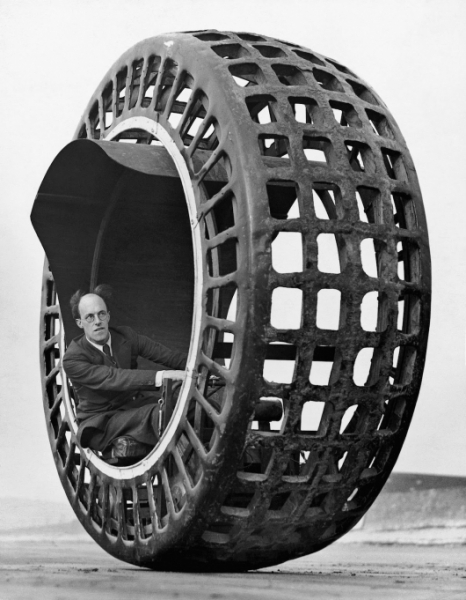 Finish what we started: in modern civilization, there isn’t a rational consumer, independently exercising their choice. People who are accustomed to consume need to upgrade, even if it is not itself meaning. And all the senseless sooner or later go away. Spinners left…