As it can be expensive setting a speed record on earth 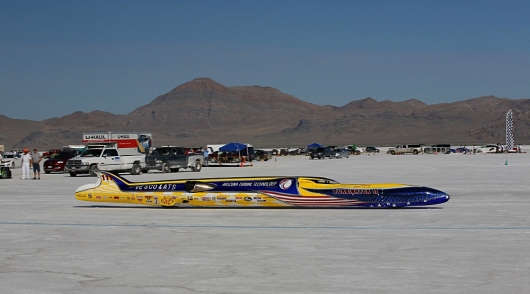 A week ago on the YouTube channel Jinx Vesco dedicated race record terrestrial ultra-fast mega cars was the record run (alas, not official) is another of them. Attempt to put the record took place on 2 October this year, the salt lakes of Bonneville, after a couple of less successful races:

A car with a funny name “Turbinator II” up to 503 mph (810 km/h). The car is not a hybrid jet “plane and car”, and the true and direct heir of the cars with internal combustion engines. Therefore, the record in is really significant. However, to count a new record command failed-in the opposite direction has not been conducted that would calculate the average speed and to officially fix the record, and this is a gross violation (was prevented by weather conditions, namely rain). 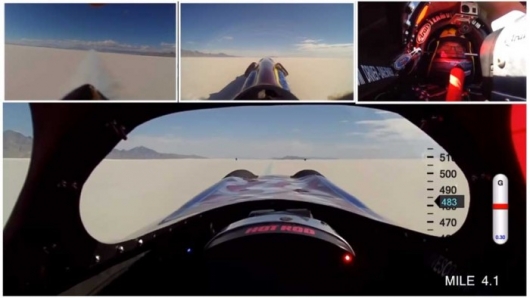 Most worryingly, for teams of similar speed enthusiasts, these pads can end careers, years of training and millions, tens of millions of dollars. In other words – for them it is a real loss, not go on the road. Even worse than to leave, but not to set a record.

Here is an example from history:

Fiat S76 – this car is known worldwide as the “beast of Turin”. The car was built by the founder of Fiat, Giovanni Agnelli, specifically to break the speed record on earth. Red monster equipped with 28-liter 4-cylinder engine producing about 300 HP

American racer Arthur durai, you arrive in Ostend in December, 1913, was able to reach a maximum speed of 213 km / h, but-in the opposite direction during the allotted hours and was not carried out. The record will not count.

That is to say in other words, calling a spade a spade: if you don’t succeed, there’s no second chance. This “sport” was never a lot of enthusiasts with a flaming heart, the victory in this “sport” is purely the product of precise calculation and big, very big money. No wonder for a long time competed among riders of two countries: the UK and the USA. In the first sat behind the wheel counts and other elevated to the title of knights of the rich, the other rich with even more money. 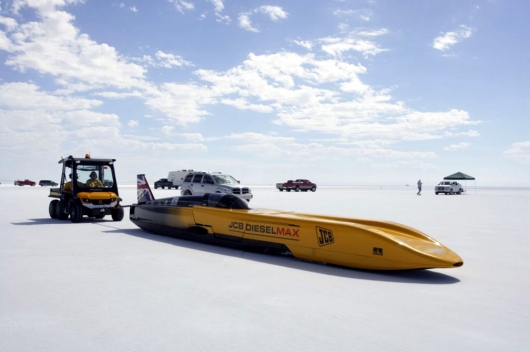 For some it may be a big disappointment, but in real life behind a screen threat and appealing high-speed romance always hiding dry business and interests of the people its serving.

By the way, the issue of funding is the most important priority among private companies arrange such races. It has proved British company Bloodhound SSC. About it wrote mass media with enviable regularity, including we:

Her supersonic car with the technology of Formula 1, aircraft and space rocket was intended to establish a new world speed record, which was to be held very soon. But, alas, almost 10 years of development has frozen. The life of riders crashed on a rock called “underfunding”.

Take a look at the estimates for the races:

But debt accumulated to more than $30 million the team just will not pull the project. Therefore, it is not so simple in the realm of speeds. So happy ending in the style of the movie “The fastest Indian” in this case simply can not be. For a penny, you will collect “Penny”.