How to drive a car in heavy rain and during flooding

How to drive a car in the pouring rain 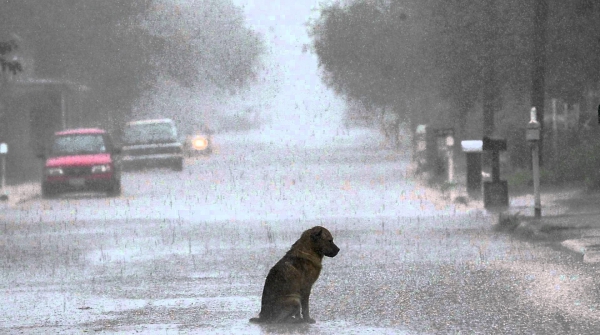 Unfortunately from time to time in our country in recent years, the weather brings surprises in the form of heavy rains which in many regions of Russia there are threat of flooding. As a result, during heavy rains, motorists face huge difficulties on the roads driving their cars. How to protect yourself during heavy rain while driving? Here are some tips that will help you drive safely during heavy rains.

Before we after the end of the winter season to recover from heavy snowfall, as many regions of our country literally poured heavy rains, which cause a lot of inconvenience to motorists. And as it turned out, heavy rains are not less dangerous to heavy snow.

But observing certain rules each of us can reduce the risk of getting in an accident on wet roads during heavy rains.

How to drive a car in heavy rain 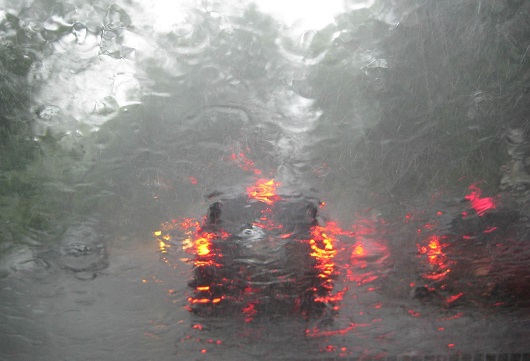 The most important rule for drivers caught on the road in heavy rain, it’s the speed of the car and of course the correct distance between vehicles. The fact that wet roads significantly increases the stopping distance of any car. Accordingly, the stronger the rain, the greater the braking distance of the car in case of braking. So as soon as it started raining every driver should be required to reduce average speed and increase the distance to the vehicle in front.

In addition, during heavy rain I advise you not to use the high beam even if the road ahead of you is invisible. The fact is that in heavy rain the distant headlights reflecting off the rain and wet pavement may increase glare which can blind drivers of oncoming cars. As a result, blinding of drivers your machine may not be visible to oncoming drivers may not be aware that your vehicle is on a particular stretch of road. 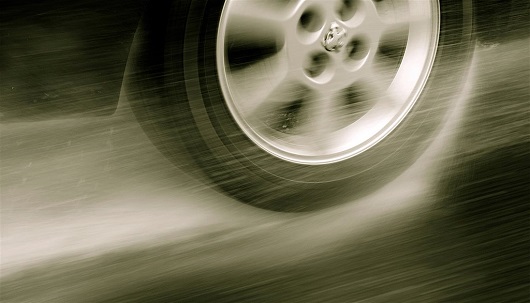 Also in heavy rain, your headlights and wiper blades must be in good condition because during the rains the most important thing is the visibility on the road. Therefore, we recommend that you immediately change the light bulbs in the headlights and time to change worn wiper blades. Otherwise you increase the risk of accident in the rain.

In addition, if your car is equipped with rear fog lights, don’t plug them as soon as it started raining. Remember that fog lights should only be used in appropriate cases. For example, when the visibility on the road limited. As a result, including the rear fog lights, your car will be more visible on the road for other road users travelling behind you.

But if you turn on the rear fog lights when visibility is normal then you run the risk that your brake lights when brake pedal application will not be visible. In the end, there is a risk that the driver behind the vehicle will not have time to react, when you reduce the speed, causing an accident could occur. 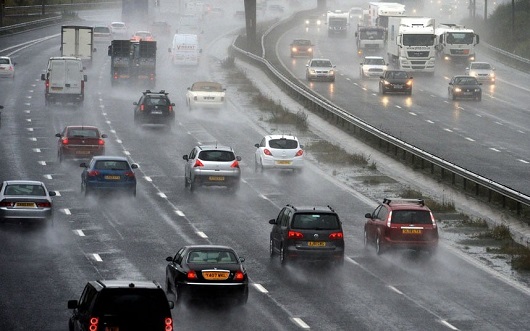 Also be careful in the rain when overtaking other vehicles. Especially heavy vehicles, which can fly a lot of water that can cover your windshield, causing you for some time you can lose view of the road.

Be especially careful when overtaking passing vehicles moving on the road with a large rut, which often during rain a lot of water.

While driving in heavy rain continually monitor the road and identify in advance of the puddle, which if possible you should try to either go around, or driving them to reduce the speed of the car. Remember that driving through a puddle at high speed does not only reduce the visibility of other vehicles, but you risk that the car will lose grip in a result of aquaplaning.

Aquaplaning occurs when the water removes the contact of the tires of your car with the road surface. Therefore, approaching the puddle or podtopleniya road reduce speed and pass the dangerous area, not making any sudden movements while driving and not pressing the brake pedal.

Driving during a flood or major flooding 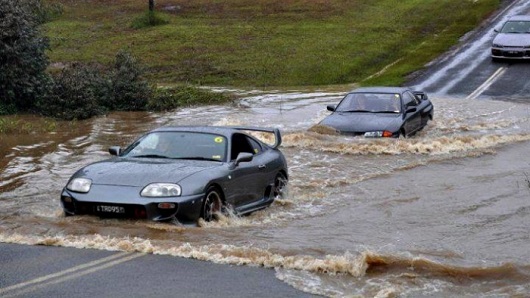 For many regions of the country flooding, or flooding of roads are commonplace. Usually this occurs as a result of heavy rains or during flooding in the spring by melting snow.

The basic rule for motorists, faced with a flooded road is to drive on stretches of road where you are unsure of the depth of flooded areas. Be careful if on the flooded sections of the road the water has a current. In this case, even at a relatively shallow depth your machine can lift water and carry it in an unpredictable direction.

First, you need to stay closer to the highest part of the road. Usually it is the center of the road, as most roads are designed with some bending in order for the water to drain to the curb.

It is also important at what speed you will drive podtopleny stretch of road. Naturally, to overcome the flooded area you have to move so slowly to the front of the machine does not create an artificial wave that can affect not only the stability of your car, but also can prevent other vehicles passing the flooded road. 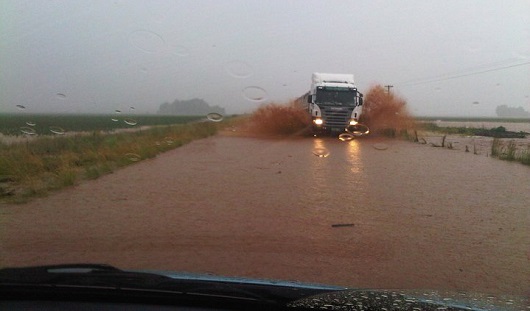 Keep your distance from the vehicle ahead. If the flooded section of the road is deep enough, it is desirable to move only after another car ahead of you will be a flooding threat.

After we passed through a large quantity of water always check the brakes to make sure that the entire brake system is working properly.

If your car is stuck in water and stalled, do not try to start the engine. Otherwise you risk seriously damaging the car, which subsequently will result in costly repairs. 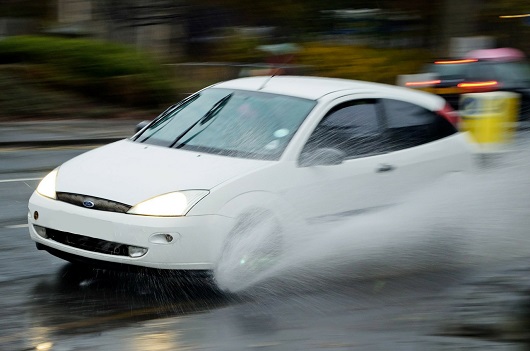 If you drive through flooded areas found that the car started to malfunction, immediately switch off it and let it dry. Then carry out a comprehensive diagnosis of all vehicle systems.