Do I need to warm the engine in winter: an engineer’s opinion of NASCAR 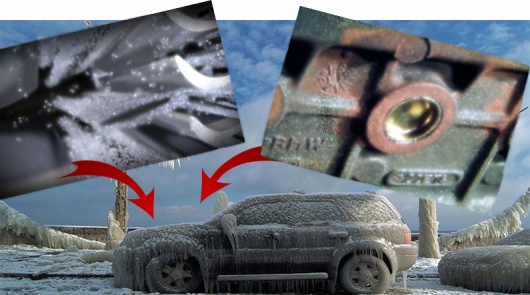 The frost outside the window subsided, and it seems planned thaw, at least in the Central Federal district, and for the foreseeable next ten days. But we would advise not to happy motorists. The weather is capricious, and sometimes unpredictable even for meteorologists. Therefore, a possible new frost should be expected, which means once again you need to warm up the engine, turn on the oven interior on the warmer and wait, wait, wait for spring.

Today we would like to reiterate to the scene for many a topic that, nevertheless, out of my head most of the owners: whether to warm up the car in cold weather? We have many times shared the expert opinion of various experts: mechanics, foreign experts, car owners are taught personal experience and the automakers. The materials on the topic can be found here:

Warming up a cold engine: an Alternative view

How to warm up the car engine before you can drive at high speeds? Answers expert

Warm the engine and how much of it you need to heat – the theme is very emotional and raises many disputes to this day. Hem again oil on the fire, adding another expert opinion. Meet Andy Randolph, technical Director “ECR Engines”— the company-developer of engines for “National Association of stock car racing” NASCAR in North Carolina. This foreigner is also a candidate of technical Sciences in the field of chemical technologies, and has many years of experience in the design of engines, including “General motors”.

The question of how to warm up at idle, or go on a cold engine in the cold, a specialist NASCAR emphasized two factors: the sensitivity of oil viscosity in relation to temperature and thermal expansion or contraction of the metals of the engine relative to its temperature.

“Cold engines suffer from two problems, the expert said, — the first is that the oil becomes too thick. Even modern “multiviscosity” types of motor oil (obtained by mixing the compositions with low and high viscosity) is designed to work both in cold and in warm weather, not able to resist low temperatures. They thicken in the cold”. 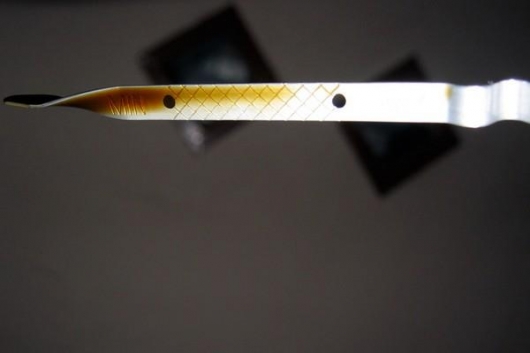 “When the oil lowers its temperature in the cold, it can even become too viscous to pass through the most narrow oil channels in the engine, which can lead to oil starvation of some rotating components of the motor and piston group. This situation will persist as long as the temperature of the metal and the liquids start to rise.

In addition to this problem, the oil pump can also start to work in the condition (cavitation is destructive to the mechanics of the process of formation and subsequent collapse of bubbles in the liquid flow) from the inlet side, reducing its ability to create the necessary pressure.”

Gaps are set only on a hot motor 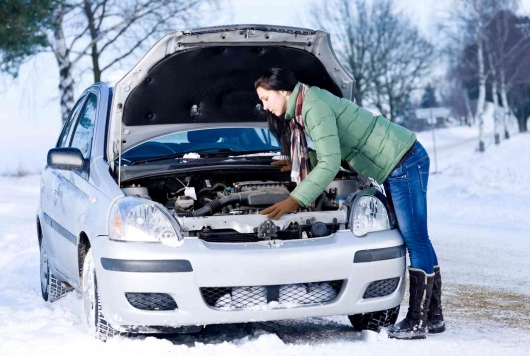 As for the second problem of the clearances, including clearances of bearings and thermal compression and expansion of the dissimilar metals used in modern engines, Andy Randolph said the following:

“The second problem is that most engines are made of aluminum, which has a much higher coefficient of thermal expansion than the old cast iron design. Thus, in extremely cold conditions, the gaps between some of the key mating parts become very small.

Special attention should be paid to the crankshaft bearing clearance in those units where the main bearing (the engine block) made of aluminum, and the crankshaft is made of steel. In this case, at low temperatures a combination of metals of different density and different thermal expansion will reduce the gap, until the impossibility of feeding the oil film between the rubbing parts. For example, besides the indigenous bearing. Contact the metal on metal will lead to a rapid premature wear”. 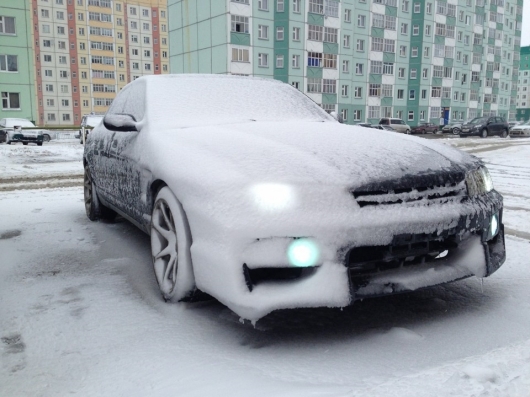 “Thus, a cold winter morning is definitely better to let the engine run for several minutes at idle before bring it under a load”.

However, there is a certain reservation, to warm up the engine should not more than 15 minutes. In light frost up to 10 degrees “just a few minutes to a viscous fluid became more fluid, heated to positive temperatures (quite a 20C oil temperature) and start to protect the engine from wear and tear.”

Continue to be a standard ritual – movement with no load and revs of a petrol engine is not above 2.500-3.000 rpm for about 3-5 kilometers, while the indicators will come on.

If outside is colder than -20? 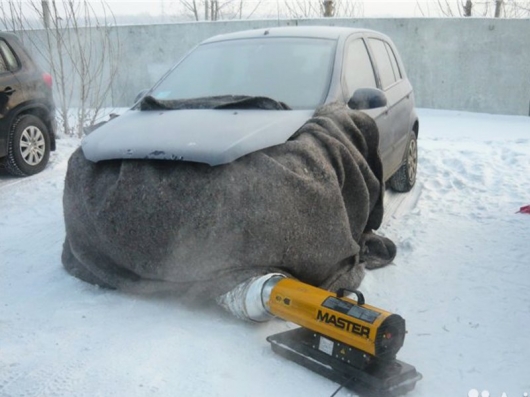 An engineer’s opinion on this issue is unequivocal, and America does not open – the lower the temperature the worse for the engine. The metal parts will still warm up fairly quickly, but the fluids will be more difficult to reach the specified options. Hence another conclusion:

If you can not ride in the cold, use it! If your region is constantly cold, equip your car pre-heater, type “Webasto” or similar, including suitable electric.