The most frequent questions on taxation of motorists. 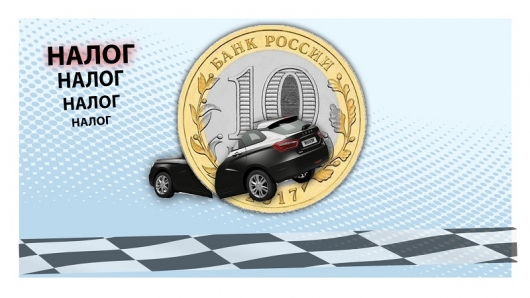 Probably each of us at least once in life, faced with a sale of the car. And if a lot of people bought a new car, here to sell mainly used car. Naturally in connection with the sale of vehicles, many owners often have questions about taxes. Today we will discuss with you the most common example is when the owner is selling b/a car is cheaper than bought, and a number of other most common cases. Let’s see whether in these cases to pay the ill-fated 13 percent state tax, motorists have the option not to pay taxes.

How much to own a car, to selling it to avoid paying tax? 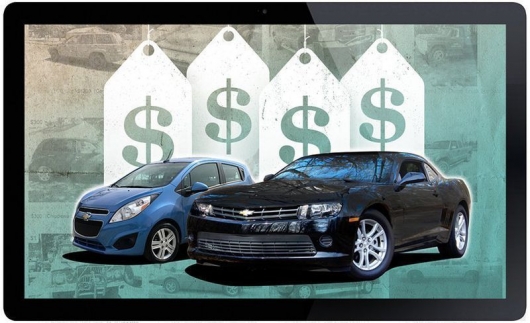 In recent years there have been rumors among motorists that now, after the sale to avoid paying sales tax, you must be the owner of the vehicle more than 5 years.

In fact it is not. In Russia still there is a norm of the Tax Code, which stipulates that it is not subject to tax income from property sold, owned more than 3 years. With regards to the five-year term, it refers to real estate.

Recall that from 01 January 2016 entered into force amendments to the tax legislation that extended the period of tenure after the sale of which the income is not taxable.

Now, under current law, to sell the apartment, house or land without tax, you must be the owner of the property for at least 5 years. Here and there were rumors that such a rule applies to cars. This is not so.

To begin with we recall that under the current Tax Code of the Russian Federation (part 17.1 of article 217 of the tax code), is not subject to tax income from sales of other property owned by the taxpayer for three years or more. Under other property at once, according to the law, vehicles.

Accordingly, if you owned the car for 3 years or more, regardless of how much was sold the car, you don’t have to file even a nil Declaration in the tax office at the place of residence and naturally are not obliged to pay income tax of 13 percent. And it is worth noting that the period of car ownership is not calculated from the beginning of the year (calendar year), and that was the moment when you become the owner of the car (date of signing of the contract of purchase and sale, which goes into the database of the traffic police when I re-register the car in your name).

So, for example, if you bought the car in 01 Sep 2015, then Sep 1 can easily sell your car without further payment of the 13 percent income tax levied on income of individuals.

How to reduce the size of tax when selling a car owned for less than 3 years? 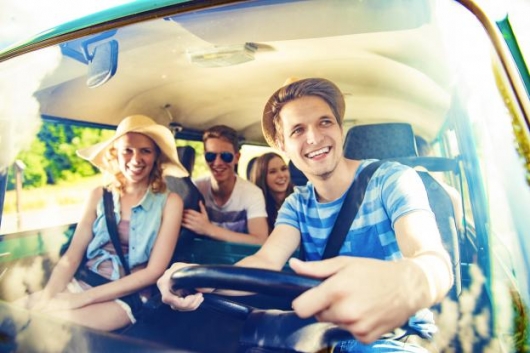 Now let’s consider a more common option when the owners sell a car that has been in their property less than 3 years.

In this case, under the current Tax Code of the Russian Federation income from the sale of the machine subject to taxation. If you sold a car that I bought less than three years ago, you not only have to file a tax return 3НДФЛ in a district tax office (the IRS at the place of permanent residence), but also when not to use a tax deduction (see below) to pay a 13 percent tax.

How do you calculate the tax after the sale of the car. The formula for calculating income tax on the income of natural persons is simple. Here’s how it looks:

In our case, the tax base is the sales amount of the vehicle (specified in the contract of purchase and sale) and the tax rate is 13 percent.

But, fortunately, in Russian tax code article 220 of NK of the Russian Federation, which regulates the activity of property tax deductions that reduce the taxable base. That is, you have the opportunity to reduce the amount of income that is taxable. 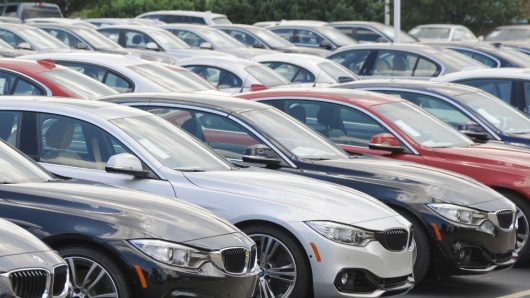 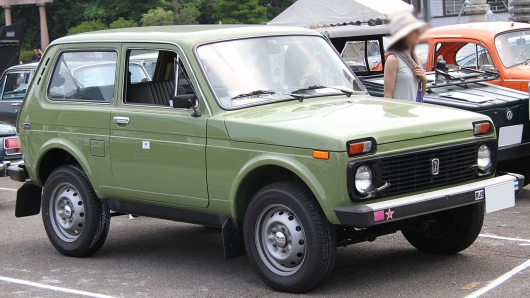 No. Under part 2 of article 220 of NK of the Russian Federation, the seller of the property (in our example, car) is a property deduction in the amount of 250 000 rubles per year. Accordingly, if you sold the car less than 250 000, you don’t have to pay 13 percent tax, despite the fact that he was the owner of a vehicle less than 3 years.

How to pay tax with few cars sold during the year?

Let’s assume that in one year you sold 2 (two) car. For example, a Toyota Corolla for 850 000 and in the same year also sold VAZ-2109 for 100 000 rubles. Suppose that these machines were you the owner less than 3 years. Accordingly, according to the tax law for selling a car you have to pay the 13 percent income tax levied on individuals owning property less than 3 years.

However, according to part 2 of article 220 of NK of the Russian Federation we can also take advantage of the tax deduction to reduce the income that is taxable. In the end, the amount we bailed out the sale of two cars (950 000) can be reduced to 250 000. As a result, we will have to pay:

But 250 000 rubles is not the only tax deduction that can benefit those owners who sold the cars owned less than three years.

The fact that paragraph 2 of part 2 of article 220 of the tax code, the taxpayer when calculating tax has the right to reduce the taxable base (i.e. the amount for which was sold the car) on the amount of its documented expenses related to the acquisition of the property.

Naturally, in this case, the tax deduction of 250 000 to use will be impossible. That is, if you own a car less than three years, then after the sale you can deduct to the amount you spent on its purchase. Accordingly, if you sell the car cheaper than purchased, you are not required to pay income tax.

But not so easy in our Kingdom. Do not hurry to rejoice and to run faster to the tax office after the sale of the vehicle, proving your expenses for car purchase with a single contract of sale. 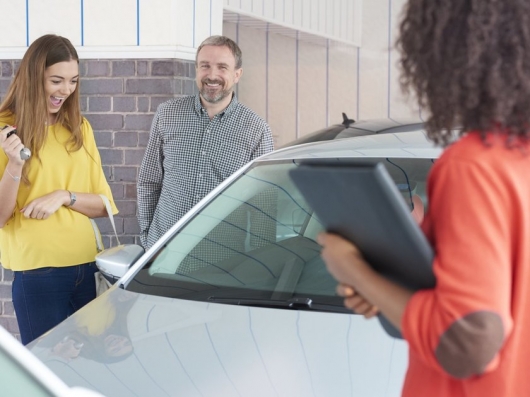 Did you know that a single contract of sale may be enough. Because it can be printed on any printer, since the state has long allowed to sell the vehicle on the agreements made in the ordinary written form.

The fact that your actual cost of vehicle purchase tax inspection will be to verify in detail to accurately verify the authenticity of the information submitted by you.

So, together with the contract of sale you will have to present other documents which confirm the actual payment of the car. For example, you need to provide to the IRS the following documents if available: 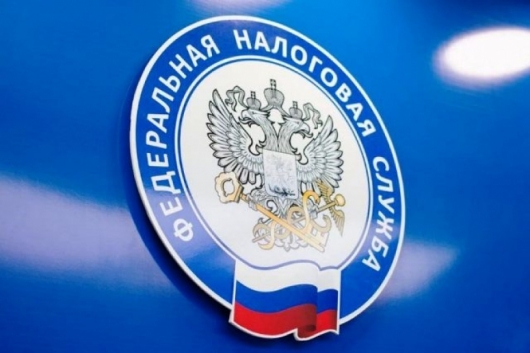 Unfortunately, it so happened, the tax Inspectorate only dreams to get to the documents confirming your expenses when buying a car. In the end, the drivers who decided to understate the tax base with confirmation of actual cost of purchasing the vehicle, just denied in this kind of deduction.

As a result, in this case, they have nothing more to do but use the standard deduction in the amount of 250 000 rubles. Of course there are even more dreary and long option. For example, to go to court. But that’s another story.

So in the future, not to prove to a tax authority, for how much you bought your car, never throw any documents related to the purchase of the vehicle. Even if your once new car is over the factory warranty. Otherwise you will be very hard to prove to tax inspection actually already incurred the cost of purchasing the car.

What documents can you confirm buying a car from an individual? 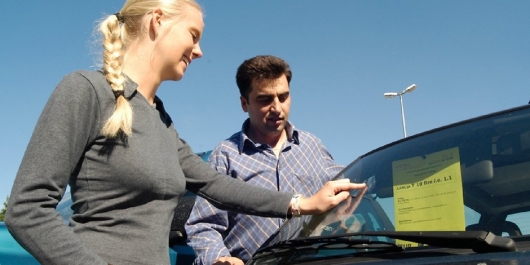 Many car owners often don’t know what to confirm the actual costs incurred in purchasing a car from an individual. If you purchase a car in the showroom of questions usually arise, because the dealer gives all the necessary receipts, payment orders, and acts of transfer of property, which is usually fine, the tax authority when deciding on the application of property deduction, that’s about the cost when purchasing cars from private individuals, typically, very, very much. After all, individuals do not owe each other mutual issue any receipts the transaction of sale of the car. In the end, the tax Inspectorate often deny car owners in the deduction.

The thing is that you have to prove that the seller took money from you when you purchase the car. For example, it is possible to directly specify in the agreement of purchase and sale. It’s enough to write – “All payments under the contract made in full”.

But the best course would be in case of car purchase, the parties exchange receipts on made cash settlements. You can also make the act of transfer of funds and vehicles. In the end, the more you give to the tax on pieces of paper, the better. So you will have more chances that you will not be denied a deduction under the law. Otherwise you can only use the standard deduction in the amount of 250 thousand rubles.

How to verify spending on a car purchased from an individual entrepreneur?

In recent years, more and more transactions of purchase and sale is between individuals and individual entrepreneurs. Including transactions related to buying and selling cars. As a result, many motorists do not know what documents to provide to the tax authority after the sale of the cars bought from PI, in order to receive a tax deduction in the amount previously spent on the purchase of the machine.

You first need to understand whom you really purchased the car. For example, if the car was originally registered in the individual entrepreneur and the contract of sale instead of the data of individual identification of individual enterprise, the settlements, according to law, between the SP and the individual must be supported by cash receipt or payment order on the Bank transfer.

Naturally, in this case, if you provide the tax authority a contract of sale, the less you will likely be denied. 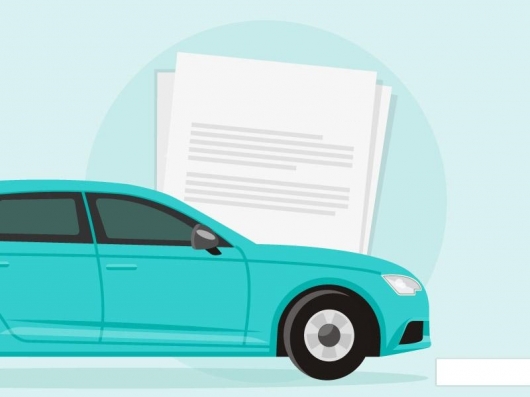 If the contract of sale does not appear the physical person as the individual businessman, and also the car was previously registered to a natural person (not SP), then the deduction to the tax authority, it is sufficient to provide a contract of sale. But, alas, if it isn’t the phrase “all payments made” or etc, the tax on the check presented by you to the contract of sale is entitled to refuse the tax deduction.

That’s why regardless of who you purchase a car, it is so important to have on hand not only the contract of sale and other documents confirming actual expenses on a car purchase.

Do I need to provide the Declaration of 3 personal income tax when selling a car that was from the ownership of less than three years?

Yes, regardless of the amount of tax (even if the tax after the sale of the car is 0 RUBLES) when selling the car, which was owned for less than three years you are required by the end of the tax year to provide to the tax authorities at the place of their residence the tax Declaration 3НДФЛ, putting in it all the data about sale of the vehicle. Otherwise, you could face a fine of 1,000 rubles!