What distinguishes the diesel engine from diesel

Petrol vs Diesel: what’s the difference?

At the most basic level of modern internal combustion engines operate on the principle of four simple steps: suction, compression, ignition and exhaust. This cycle is repeated again and again when the engine is in working condition. Thus, a torque which is transmitted to the transmission then to the wheels. Moreover, these steps of engine operation are not dependent on the type of engine, whether diesel or gasoline engine. But in these two motors there are differences in how they perform these cycles work.

The differences between gasoline and diesel engines

The ignition is controlled in each type of engines in different ways. Gasoline engines use spark plugs that use the electric spark igniting the fuel mixture (oxygen + gasoline) in the combustion chamber, thus starting the engine. As a result of ignition of the fuel produces energy that begins to move the pistons in the motor.

With regards to the diesel engine, unlike gasoline powertrain ignition of diesel fuel in the combustion chamber comes from the compression force. That is, there is spontaneous ignition of the fuel mixture. Everything happens in a very simple.

Thus, the moment of fuel ignition in diesel engines control fuel injectors, whereas in gasoline engines, it is regulate the spark plugs.

It should be noted that, as a rule, both types of engines use the same exhaust system to let out of the combustion chamber gases accumulated as the result of ignition of the fuel. It is regulated by the valves by opening and closing that when you need it and release the exhaust gases, directing them into the exhaust system of the car.

Which engine is more efficient: Diesel or gasoline?

Diesel engines continue to improve in environmental terms, gradually, proving that the level of harmful substances in the exhaust can be nearly the same as gasoline in cars. But is that still the petrol engines are considered more environmentally friendly. But there is in diesel engines is a distinct advantage, which is that they, compared to diesel, much more economical.

Indeed, in most cases, diesel engines are significantly superior to gasoline in fuel efficiency. 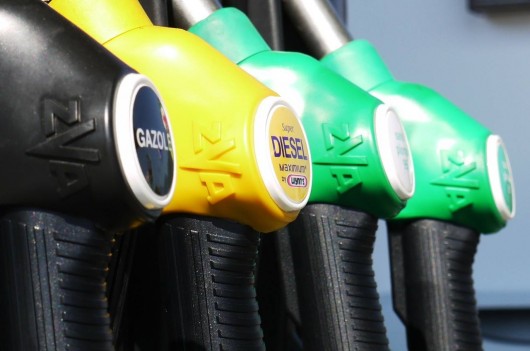 In gasoline engines, on the contrary, it is important that the temperature is in the ratio benzene-oxygen in the combustion chamber does not lead to self-ignition of the gasoline during the compression, since this can lead to ignition of the fuel to feed the spark plugs spark. This can lead to engine damage.

To avoid this, petrol engines are fairly low compression ratios (compression stroke when a certain amount of oxygen and gasoline into the combustion chamber). This is necessary so that during the compression is not sharply increased temperature.

Another advantage of efficiency of a diesel engine is the lack of throttle. When you press the gas pedal in a gasoline car, it opens the intake valve in the engine which allows a large amount of air into the engine.

Accordingly, the more oxygen, the more energy is formed by the ignition of the fuel, which in this case starts to go in higher volume. It should be noted that this process control computer, which determines the required amount of fuel.

In diesel engines throttle valves are not needed. When you press the gas pedal the computer simply determines the amount of fuel required to feed into the combustion chamber.

As a result, the work of the diesel engine is lost is not a lot of fuel, unlike gasoline engines, which are a large percentage of the gasoline burned in vain.

The difference in the ratio of the fuel mixture: the air / fuel

Diesel engines have the ability to work in a very wide range of the ratio of oxygen / fuel mixture supplied to the combustion chamber.

Gasoline engines usually operate in the range of from 12 to 18 parts of air to 1 part fuel (by weight).

Typically, this ratio stays close to 14.7:1. The fact that in this case the ratio of oxygen and fuel, the entire fuel mixture burns completely in the combustion chamber.

However, in diesel engines it’s different. For example, as a rule, the diesel motor works in oxygen ratios from 18:1 to 70:1.

When you press the gas pedal in a diesel car this leads to a reduction of the ratio of the air / diesel fuel by increasing the injection of diesel into the combustion chamber.

Accordingly, the more fuel the more power. However when diesel engines operate at low ratio of oxygen / fuel in the combustion process produces a lot of soot.

That is why, despite the availability of purification systems, we often see black smoke from the trucks when they move. At this point, the truck drivers strongly press the gas pedal to move a heavy machine.

At this very moment, in the diesel engine begins to receive less oxygen, but more fuel. 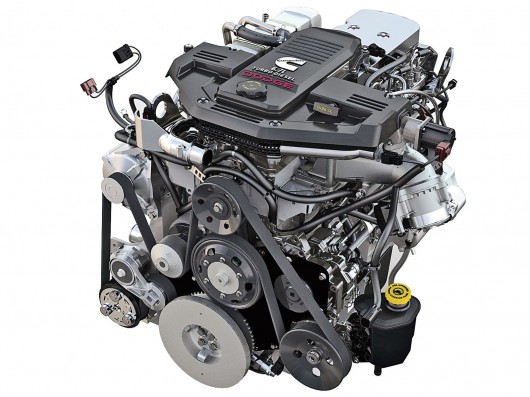 In addition, there are many differences between diesel engines from petrol. For example, each type of motor can slow the vehicle with engine braking.

For more information, view some video clips below.

Before viewing, turn on the subtitles and their translations.