What are the different types of shock absorbers, their pros and cons

From the absorber depends on the nature of the control car, so his choice should be taken seriously.

Let’s start with what’s right this part is called “absorber”, not a “strut”. Any suspension specialist will confirm that the attenuator is the last thing I think drivers. In fact, among the most noisy, sparkling and simply arranged parts of the car, these inconspicuous components underestimate the most. Their function is to retain traction during acceleration, braking and cornering and to ensure the comfort of the passengers in the cabin. Agree, this is important. Although the calibration of the shock absorbers is the last of what they are doing during debugging of the suspension, they are responsible for the chassis of the vehicle. So, we have prepared a classification of the most common types of shock absorbers: 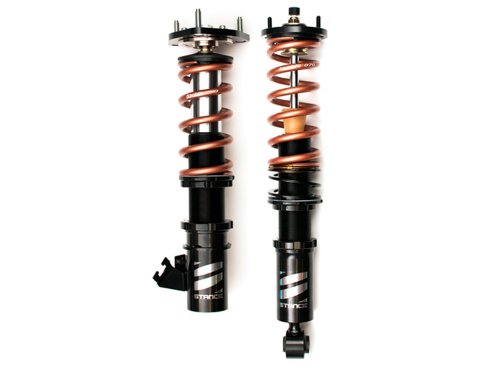 Body mono-tube damper is divided into two chambers: the oil and gas. The piston and rod moves down and creates a balancing force. In the compression process, the oil displaced from the working stroke in the case. When working on a release, simtec controls the fluid flow. The gas in the chamber (most often nitrogen) is compressed and takes the whole hit and only then begins to pass the oil. Balancing power is determined by the shape, size and number of washers on the piston of the shock absorber piston diameter, diameter and gas pressure. 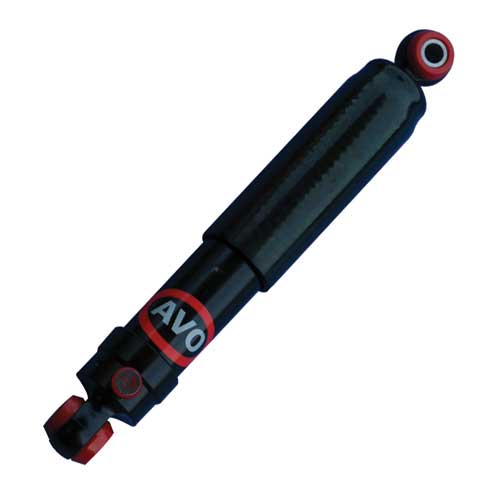 As the name implies, shock absorbers of this type consist of two concentric cylinders. The inner cylinder is filled with oil and it also located a piston and rod. As in the single-tube shock absorbers inside the cavity moves the rod with piston, on which are mounted the valves that determine the effort, as rebound and compression. Additional bottom valve directs oil into the outer cylinder (tank) in the compression process, increasing the damping ratio. While working on lights out, the oil returns to the reservoir main chamber through a control valve. The outer cylinder is partially filled with a compressible gas, which compensates for the volume of vacant stock and helps to ensure that the oil from the outer cylinder gets into the inner cylinder when working on a release. The balancing force determined by the same factors that Monotube shock absorbers, but with the additional influence of bottom valve. Two-tube shock absorber is adjusted by adding or removing washers. 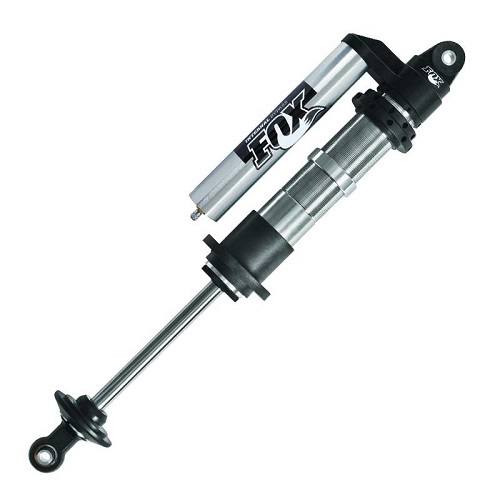 In twin-tube shock absorbers Fox in Ford, the overflow of fluid occurs in many bypass tubes. The working fluid bypasses the piston and flows through the openings in the inner cylinder, filling the area behind the piston. Some of the oil also passes through Simsek of the piston and through the bottom valve under compression. The size, position and adjustment of the progressive holes increases the damping ratio when the suspension is compressed or works for the rebound. When the rod passes through the last vypasne hole, the working fluid mainly passes through Simsek, attached to the stem, which significantly increases the damping force. Bottom valve plays an important role during the entire compression stroke and adjust the flow of the working fluid in outer tank. It provides stable regulation of resistance to compression and to reduce cavitation (air pockets in the oil) when driving at high speed.

(Note to the figure): “If you increase the coefficient of elasticity before you go by car, it is possible to assume in advance what will happen. With magnetorheological dampers, even many years later, I’m still learning a lot, still experimenting. I continue to find something new” – Mike Hurley, an engineer at performance car company Chevrolet. He deals with the debugging of magnetorheological dampers, since they were used in the 2003 Cadillac XLR. 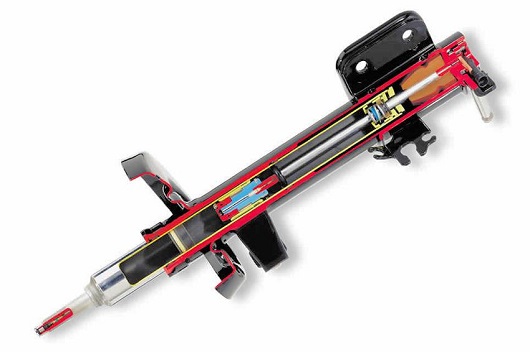 Magnetorheological dampers have valves that are responsible for the damping ratio. Movement of the wheels and the car body are controlled by changing the viscosity of the oil. Although the design of the absorbers relative to the standard (stock at the end of the piston moves inside the cavity with the fluid), the principle of their operation differs. In magnetorheological dampers of the new generation uses two electromagnetic coils, located in the piston. They generate local magnetic field. The hydraulic fluid inside the shock absorbers contains tiny particles of ferromagnetic material, which are distributed in a random order, while through the magnetic coil does not pass electric current. The current passing through the magnetic coil, creates a magnetic field that distributes the particles into the ranks. So how does the orientation of the magnetic particles changes the viscosity of the fluid. When the pressure on either side of the piston is strong enough to destroy these rows of particles, the liquid flows through the passages, causing the piston to move. The force of alignment of the particles is proportional to the strength of the magnetic field, so the change of current of the coils leads to a change in the damping forces.

The shock absorber is equipped with a spool valve

It would seem that complex in the absorber with the spool valve? However, only through trial and error managed to debug the absorber and get the exact curve of force/speed on the basis of known equations of hydraulics. The spool valve consisting of a disk with a spring load to act as cover for the cylinder, allowing oil to leak through the holes of precise shapes on the sides of the cylinder under compression of the spring. The area where the hole take the oil flow, the function of the force applied to the disk. The more force, the more this area is exposed to oil. The size, shape and location of the holes and the spring stiffness determine the strength of damping. The location of the valve in such dampers may be different, but in the simplest variants, which are used in conventional passenger cars, the spool valve is located on both sides of the piston for compression and rebound.

In most adaptive dampers for the damping force responsible electronically-controlled valves and simtek. Electromechanical valves can be installed in single-tube and twin-tube dampers. For example, in this photo — new twin-tube model, developed by Tenneco. Here is the check valve on the rear side of the piston, allowing the piston to move downward during the stroke of the shock absorber compression with the least resistance. During compression, in the inner cavity builds up pressure as soon as the rod displaces the oil, and it starts to flow through the bottom valve at the bottom of the absorber and through the electronic valve at the top of the absorber. Compressible gas compensates for the vacant volume of the rod during compression. The oil returns into the inner space while working on a release through a control valve, located under the bottom valve. From the closing and opening of valves at the top of the absorber depends on the strength of the damping during compression and rebound.