1. BMW every year degraded (in design) 2. The flagship model of BMW only get better 3. Sedan the BMW was great until 2001, then started the ramp 4. Never liked BMW cars

What year BMW made a mistake with its flagship 7-series, destroying his future 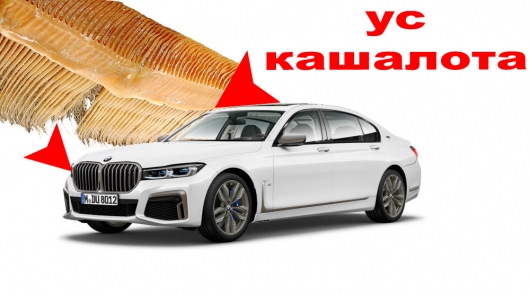 Big. Bold. Best. So see their updated flagship BMW model BMW. Is it really so? Does the updated BMW style high set strap or this is just a temporary phenomenon, which will be quickly forgotten, once the model will go on sale?

To understand this, we need to look back and see the evolution front end of the BMW 7-series since the flagship luxury sedan, which began with the model 70-ies of the E23. Looks like a modified facelift G11 on the background of their glorious ancestors? Failure or an Epiphany? 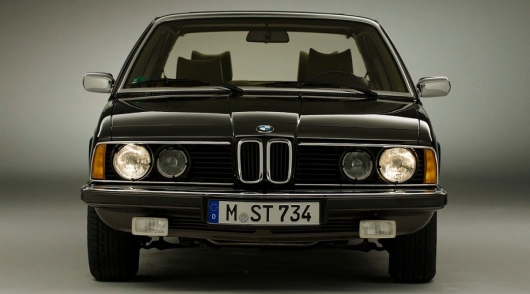 Model E23 is the first generation not for nothing was nicknamed “shark”. A nickname she was quite to face, in the truest sense of the expression. The model that came to replace the outdated sedan E3, first, it was mega-good at the time, the car was first introduced many most advanced features, in particular the on-Board computer, indicator service intervals, climate control and many others. In fact, it was the first BMW with anti-lock braking system (ABS) and an optional driver’s airbag. 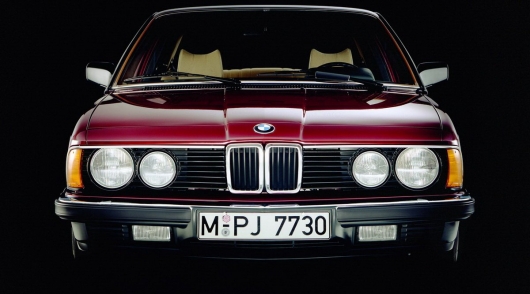 With the facelift, the Bavarian automaker has installed a new bumper and increase the width of the grille, making the model even more attractive to buyers from the exterior. In the exterior of the car began to use more plastic parts. This was the design philosophy, also began to be applied to its successor. 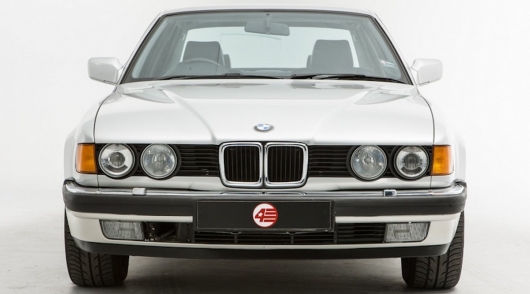 Compared with the new E23 E32 7-Series was a completely different beast, with a good perspective. In many ways, this product also marked the beginning of the movement BMW to use advanced technologies in their luxury sedans. “More technology, more weight” – particularly acute is felt in the flagship, after all, with all that appears, countless safety features and the comforts of a sedan recovered not one hundred pounds.

Among the progressive features in the body E32 was attended by such electronic elements as Electronic Damper Control (electronic control suspension stiffness), double glazing, xenon headlights, traction control (traction control system), two-band climate control, integrated phone, and even a wine cooler. It was also the first BMW with a long wheelbase and V12 engine. The model, in our deep conviction, thus became the impetus that allowed BMW for decades to become one of the leaders of the luxury segment. 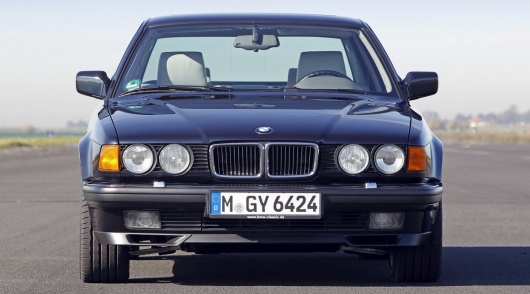 As for the facelift, the same recipe that was used on the old E23, with a wider grille, sporty front bumper and a new hood was the perfect complement to the painting, making the machine become familiar better. 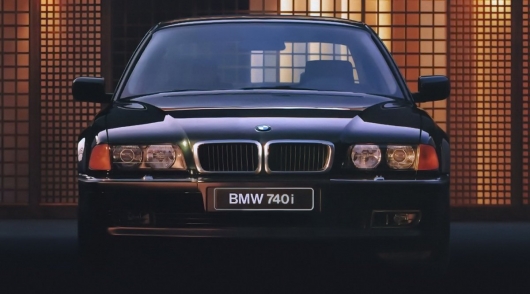 The main character of the film “Boomer”. For many, this car is the quintessence of “Seven”. The most beautiful sedan BMW 7-Series E38 was not only handsome, but also very technologically advanced car.

It introduced many industry first features such, for example, as side curtain airbags. It was the first European sedan with satellite navigation, the first BMW with a built-in TV and the first 7-series with a diesel engine. 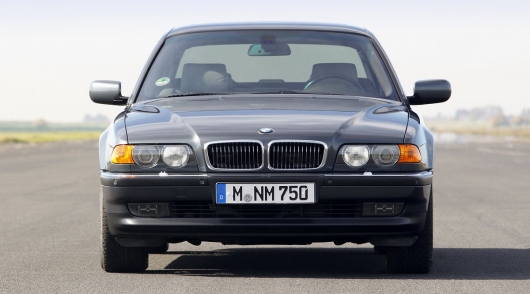 Models with a facelift differed mainly mechanical improvements. Outwardly, they were provided with a revised headlights and a slightly more vertical stripes in filtrerede radiator (12 instead of 10). 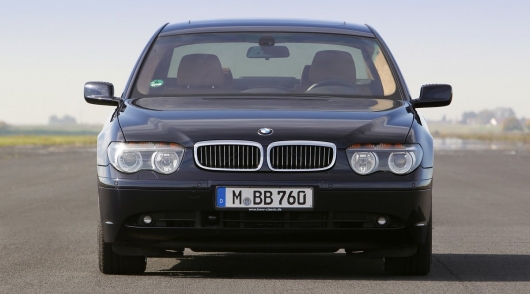 BMW has rolled somewhere. With the arrival of the E65 in the mind of the layman immediately began to come in different associations. Instead of a shark, saw a Hippo. Huge and unwieldy (in view), it had several serious shortcomings: headlights (the first version was just horrible, restyled tried to minimize losses as much as possible, but the Bavarians this plan didn’t work out very well) and Americanized salon with lots of plastic. 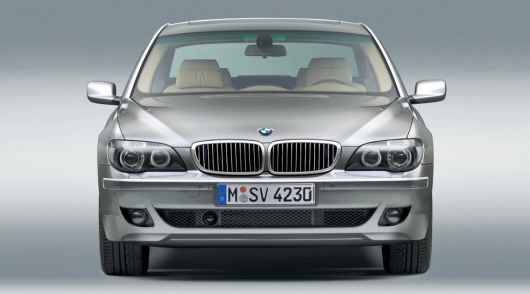 The face-lifted model got a little more pointed headlights, a new hood, a bigger grille, a new front spoiler and Yes, the redesigned rear end of the car. There, as many may recall, too, everything was awful from the point of view of aesthetics.

Technically, however, the E65 was a very competent luxury car, having a 6-speed automatic transmission, electronic intelligent key, night vision technology, iDrive system and many other important chips. Despite the fact that the E65 was longer, wider, taller and had a larger wheelbase than the E38, he weighed barely more than the last. 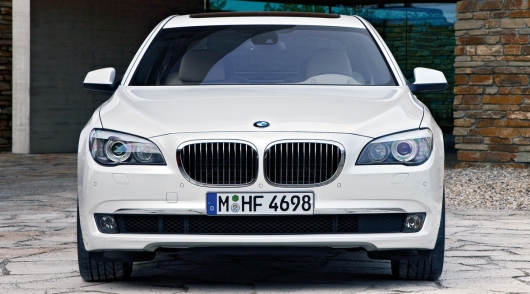 Despite the fact that the model F01 was seen as a return to BMW roots, it is not very much reflected in her form. Completely abandon the controversial design of its predecessor in favor a more conservative style designers failed. This confirms the theory that since 2001, the BMW clearly miscalculated in the style and exactly took a wrong turn in search of the ideal. However, technology marched forward. F01 became the first ever BMW vehicle with steered rear wheels, eight-speed automatic transmission, the function of recognition of pedestrians for night vision systems, blind spot monitoring, radar cruise control and a massage function for the rear seats. It was also the first BMW model with a hybrid power unit (ActiveHybrid 7).

German automaker waited until 2012 to update the look of their flagship and further expand the range of new technologies, incorporating such improvements as the full-led headlights, upgraded graphics LCD panel technology anti-collision and many more. From the point of view of a light styling changes were made to the grille and front spoiler. 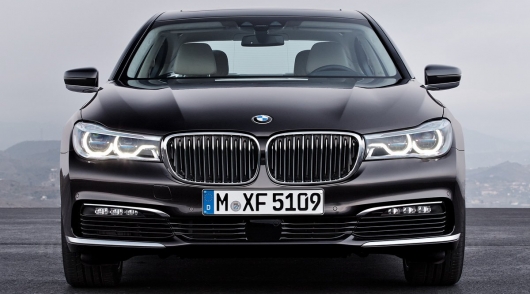 When you look at the latest generation G11 for a moment, what with the megalomania over. The model turned out pretty well balanced in appearance with no heavier elements. Large, wide radiator filesresearch originally looked perfectly, the lights were closer to the original models 90-x years, stocky and sturdily built, the sedan started to be associated with the ocean’s oldest predator. Nice looking cityradio, when you look at that instills a hope for the bright future of a luxury sedan. 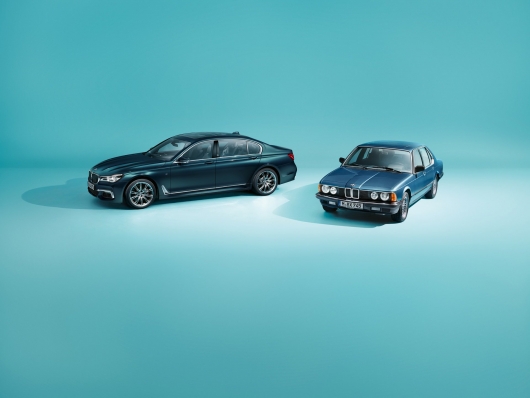 It also boasts a standard “self-leveling” air suspension control certain functions using gestures and such driver assistance technologies as a system for self-Parking, semi-Autonomous technology and so on.

Sooner rejoiced. Megalomania is back! 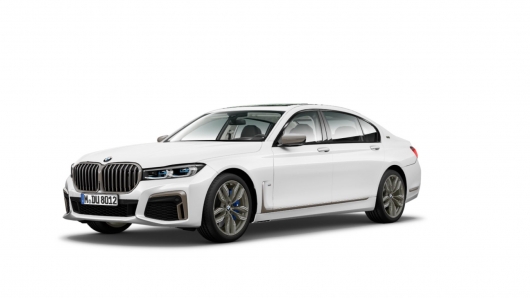 In the last few days the Internet has begun to leak images of the restyled sixth series BMW 7-Series G11. The main change has become a giant radiator fallcreek. Thought megalomania gone? As it is not so! Apparently, history repeats itself, and the Bavarian lovers of Alpine yodeling again relapsed. This time not with the headlight and radiator protection. It is so giant that a lot more like the us sperm whale, than something appropriate from the world of cars. 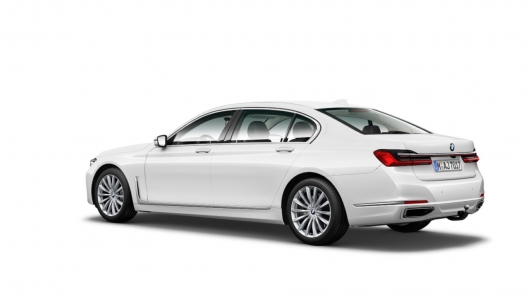 What they think again? Or everything is fine and we just do not understand the Golden section? What do you think? All is well now with the BMW design or, again, the disorder? Degradation or striving for the best? Vote! 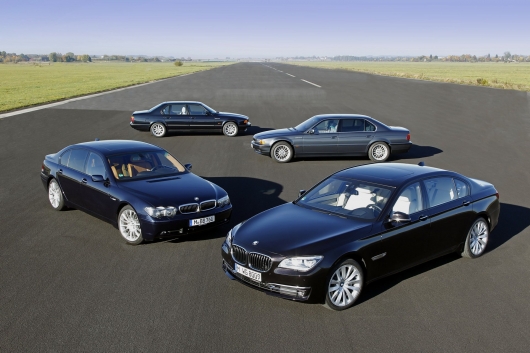