All the currently known information about the new 2018 Ford Focus

What will change in his new Ford Focus in 2018? 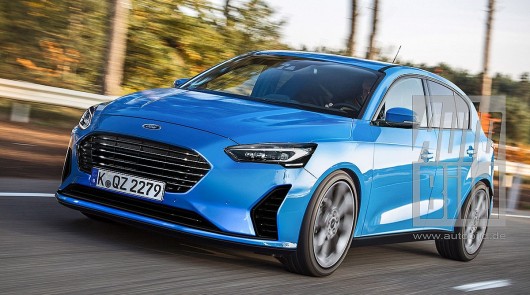 The new infotainment system Connectivity, new driver assistance systems, new drive system and improved autopilot control, the new Ford Focus was developed in all possible directions. How to change the model in the near future? Let’s find out, we gathered all known information on the model and how it will look.

Why is the upgrade for Ford is more important than ever? The fact is that the famous hatchback, Ford started to gain positions in sales and this is happening not only in recent months in Russia. In Europe, for example, Ford was able to beat their most important rival – Volkswagen by number of vehicles sold and as at the end of April 2017 Golf has ceased to be the best-selling car in Europe. And did it not Focus and his younger model – Ford Fiesta, which apparently has even more to whet the excitement of the Americans and try as quickly as possible will pretend to enforce their plans.

And so, a ranking at the moment is Ford in Europe first, Volkswagen second.

Develop the success of Ford? 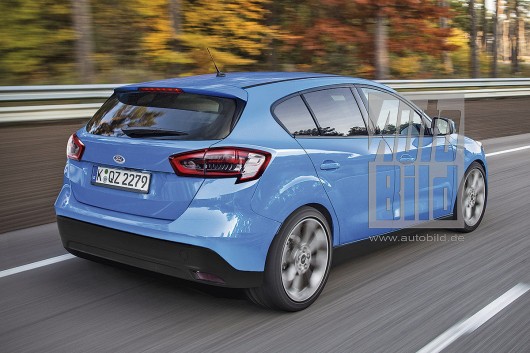 New model Ford Focus has been newly developed as a global car. As usual there will be three options: hatchback, wagon and sedan. The fourth generation has already been presented on the spy photos in a fully camouflaged form. The car will have to possess expressive about sports appearance, a more sloping to the back part of the roof, compared to the current model. He also needs to become wider and longer, at least in the database. This means not only convenience for the rear passengers, but also increased Luggage compartment, its capacity will have to come close to the performance of the Ford Mondeo, if we are talking about cars in the sedan or wagon.

Despite the fact that we have seen only densely camouflaged car, several elements have already been reflected in the rendering of the photos. Two of which you can see in our today’s material. It is a peculiar and wayward car, which distinguish suspended elements, branded filesresearch radiator and especially well emphasize the individuality and visual separation between models – headlights American. 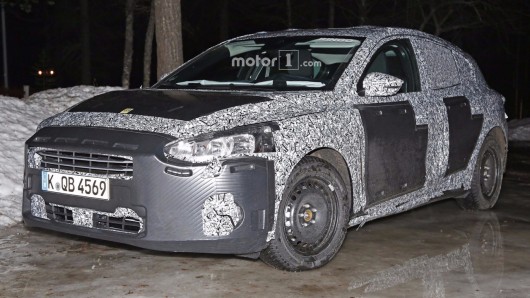 As you normally expect a rich set of models, to the usual Trend, Titanium, ST-ST Line and it is expected the addition of such a configuration as Vignale and of course sports charged RS. Something similar we already saw on the Ford Fiesta with its sharp increase in types of kits, including “off-road”. 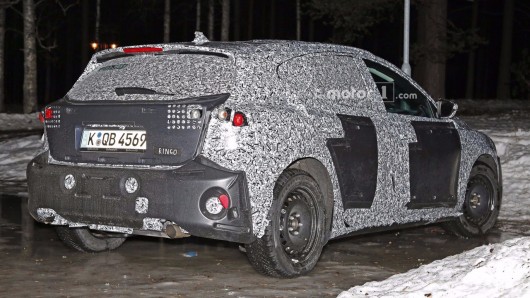 The mistakes Ford important points began correcting some shortcomings and flaws infotainment, assistance systems and security are also changed for the better.

In parallel with this, there would be a reduction of the weight of the car. Everything is standard, aluminum, various steel alloys and plastics, the weight should be reduced by 50 kg, not least due to the new C2 platform.

And so that we have information at the moment in the end:

Will acquire an advanced electronic component

Get security and assistance functions to the driver

And even drone system of car control

Also I don’t think I make a mistake, crash test Ford new architecture will behave better than the current version, though, hand on heart, it should be noted that the current Focus is pretty good crash-tests.

A hybrid and a sports version RS to almost 400 HP. 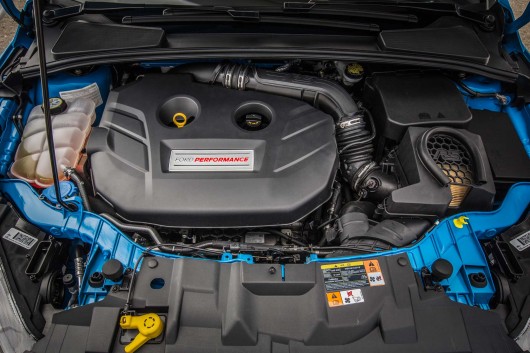 Finally, powertrains Focus of version 4.0. It all starts with the 1.0 liter three-cylinder engine, whose power will increase to 131 HP instead of 125 and 200 lb-ft of torque versus 170 Nm in the present variation.

In combination with the four-cylinder hybrid powertrain, power is expected to rise by 12 kW/ 40 Nm, and the function E-Boost (system synchronization of the internal combustion engine and electric motor at lower rpm) will reduce fuel consumption in urban driving mode. In addition to this, reducing the consumption of fuel in the car will be used and the system shutdown cylinders. The resulting decrease in fuel consumption, to 10%.

Engines the new Focus will get the variance from the 101-horsepower 1.0-liter turbocharged engine to the engine with double boost volume of 2.0 liters, which will provide RS driver 367 HP and 450 Nm of torque.

The new Focus may come to American showrooms at the end of 2017. The rest of the world will see the premiere of Focus at the beginning of 2018.Despite increased dimensions and improved packaging, the price is expected to increase moderately.