What to do if the crankshaft is faulty? 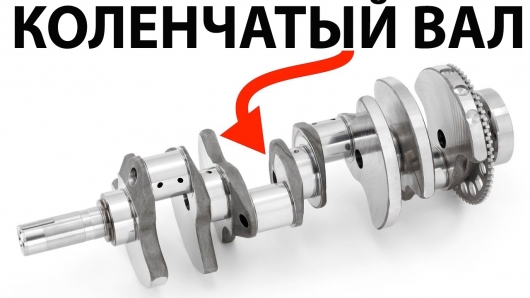 A damaged crankshaft is rare in modern cars, but nevertheless still happens from time to time. Is it worth it in this case to repair the car (is the game worth the candle)? What costs will result in the repair of the crankshaft? Answer the most important questions.

The crankshaft is an important element of the internal combustion engine. This is the part that converts the kinetic energy produced by the combustion of fuel in engine mechanical. Also the crankshaft is a connecting link between the engine and the transmission, which in turn distributes torque to the wheels. Unfortunately, if the crankshaft fails because of a defect, costly repairs can not be avoided.

The crankshaft defect: causes and symptoms 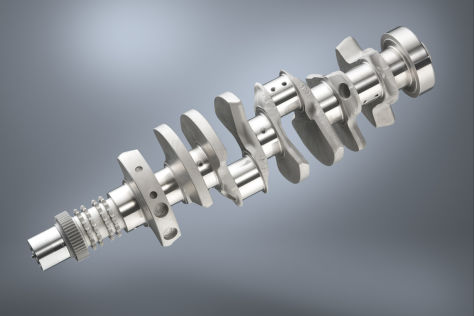 In modern machines the crankshaft damage has become quite rare. Usually the crankshaft can fail mainly for two reasons: lack of engine oil and the excess load on the engine. The last reason modern machines are not threatened, because electronics controls all functions of the engine and disables fuel delivery when the engine begins to experience increased load. This protection is especially relevant when the needle on the tachometer is on the red mark.

It turns out, this kind of security is the electronic Rev limiter of the engine, just as there is an electronic speed limiter that is built into all modern cars.

More often than not, to kill the crankshaft can be a lack of engine oil. When the crankshaft is not enough lubrication, it will destroy the connecting rod bearings and then the larger main bearings, which rotates the crankshaft. However, the occurrence of actual damage from lack of oil require a lot of time – about a quarter of an hour, as long as residual motor oil in sealed bearings will not be fully used. In such a situation because of dry friction begins the destruction of the bearings and the wear of the crankshaft.

But why in modern cars is failure of the crankshaft – more rare than in the old machines? The fact is that in many modern cars the engines are turbine, which will quickly fail in the event of an acute shortage of engine oil. So, in fact, the crankshaft will fail to receive critical wear.

However, in some modern cars it happens breakdown of the crankshaft, which generally makes itself known by rumbling (loud thud).

The repair cost of the damaged crankshaft

Unfortunately, the repair of the crankshaft is a very complex process which can do many of the technical centers. Indeed, in this case the desired grinding of a crankshaft using special equipment. Here are the types of possible works when you restore worn shaft:

Also, in some cases the old crankshaft may need to be heat treated. And sometimes you need a balancing of the crankshaft. Unfortunately, these works require high-class specialists and expensive equipment.

Also do not forget that before you start to repair the crankshaft, should it be removed and after repairs put in place. For many cars it costs a round sum, so that in the end will be easier to buy a new engine than to repair the old one. Here for example, the cost of repair of crankshaft in one of the service stations of Moscow. And that’s not the high price tags.

It is logical that time will have to disassemble the motor, along with the repair the crankshaft will also have to carry out other work. In this case, recovery of the crankshaft may lead the owner in a lump sum. In some cases it will be easier to buy a second-hand motor contact. You can also contact specialized companies that are engaged in the restoration of engines. In such companies you can buy an already rebuilt engine for my car. In this case, to reduce the cost of a rebuilt motor, you can take the engine with the broken crankshaft as a set-off in the price restored.

Structure and function of the crankshaft

If you want to understand the function of the crankshaft, that it was easier to remember what bike pedals that are connected by a special shaft. Your feet when pedaling perform exactly the same role played by the engine pistons attached to the connecting rod pushes the crankshaft. On the bike to rotate the wheel, you need to pedal up and down.

In fact, our feet are on the bike (if you compare them with the design of the engine) are two piston rods that go up and down in two-cylinder motor. Instead of the same sprocket, which rotates from the movement of the pedals, the chain transmits torque to the rear wheel, the internal combustion engine uses a crankshaft, which converts the energy derived from the stroke of the pistons and connecting rods, mechanical. On one side of the crankshaft is a flywheel which transmits torque to the transmission.

The crankshaft has to withstand high loads 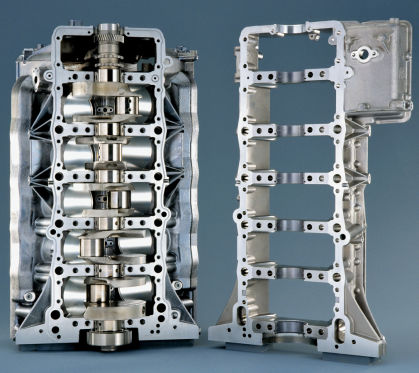 Fortunately, modern engine design is able long to withstand heavy loads. Including the ability to withstand loads and modern crankshafts. For example, in modern diesel engine, each stroke of the connecting rod tests from the ignition of the fuel load of 10,000 kg, which, of course, is transmitted to the crankshaft.

So, for a short time in a moment on the connecting rod there is a force equivalent to ten tons, which acts on the crankshaft. And we are talking about only one rod. Can you imagine what kind of load gets the crankshaft in the eight-cylinder motor?

And that’s not all. Depending on the design of the engine crankshafts are also subject to vibration. So many automakers are trying to make crankshafts strong and durable enough. For example, the crankshaft can be made of stainless steel. Especially for powerful turbocharged high-speed diesel engines. 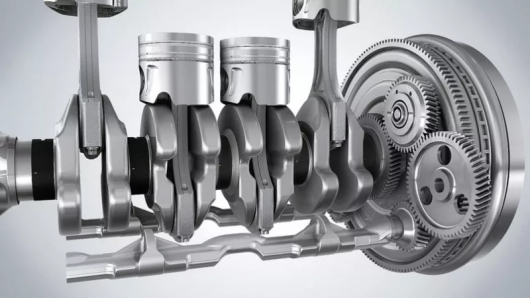 For atmospheric (naturbraun) gasoline engine crankshaft can be not so durable. Therefore, manufacturers often until recently, many crankshafts made of cast iron. Today in the world there is a trend to reduce vehicle weight. In the first turn of the engine.

In the end, instead of iron engine blocks in many modern cars began to be used the block of cylinders from aluminium. Also, manufacturers began to use lighter pistons and connecting rods. Not spared this fashion easy and crankshafts, which are also noticeably better. All this, of course, adds to the machine reliability and alas, does not guarantee long engine life.