Comparison of fines for traffic violations in Russia and other countries

Large in Russia penalties for infringement of traffic Rules: a Comparison by countries of the world. 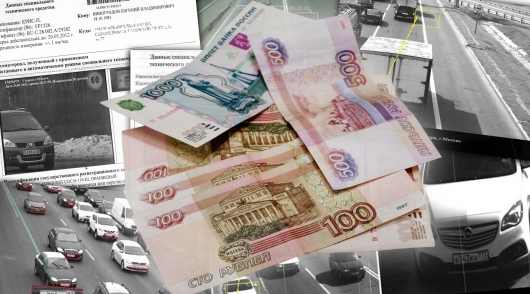 It just so happened that everyone in our country we are unhappy. And water from the tap is not the same (don’t drink, and then become a kid), and the products taste good, and the air is not air, and all of us has become expensive. A special caste of the discontented in the country, is the motorists who complain about roads, fuel, cost of spare parts, insurance, taxes and, of course, draconian penalties. And, admittedly, some truth in this discontent.

But wait, can’t you remember when General in our country was something? We personally do not remember. Here is an example. Many drivers like to blame the government for high unreasonable penalties, complaining about the inconsistency of penalties incomes of the population. But is it really? Do fines for traffic violations such exorbitant? 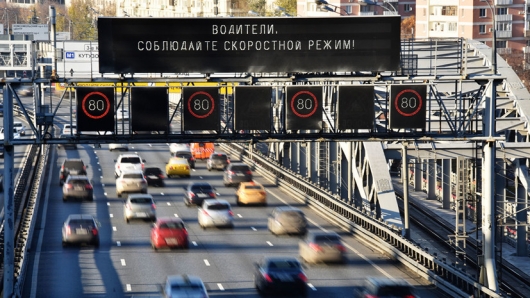 But how does it know? How do you know whether in Russia, the fines are too large and do not correspond to the income of the population? To do this, refer to the Western tables of fines for violation of traffic Rules, and taking for example, some common are the violation of the legislation in the field of traffic.

Of course, we all know that the fines in many developed Western countries are much higher than in Russia, as well as incomes. But believe me, in many countries, the punishment for violation of traffic rules many times more than in Russia, in contrast to average wages. So, we compared the penalties in Russia and in many other countries, so you clearly saw how different the responsibility of drivers in our country and abroad.

In particular please note that in addition to the penalties in many countries the accumulative system of penalty points which, if you exceed a certain threshold, will lead to an inevitable loss of driving privileges. Something similar happened in the USSR. And, admittedly, this measure was more effective in contrast to the now fashionable method of increasing the size of penalties for various traffic violations.

Fines for traffic violations in USA 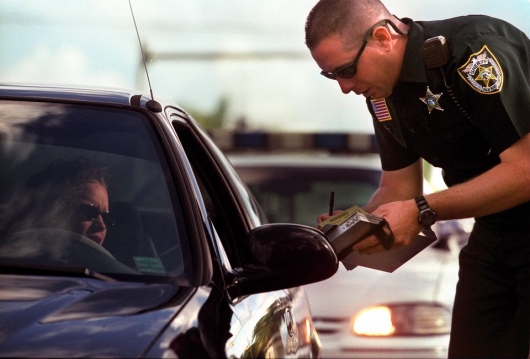 In the United States most of the laws on road traffic described in the various state, County and municipal laws or regulations. Most traffic violations and threatened with fines. But there are violations for which the driver can be held criminally responsible. In addition, the U.S. has the point system of traffic violations. When you reach a certain number of points the driver is deprived the rights for some time.

A passenger without a seat belt: $ 75

Driving in an alcohol intoxication: $ 1,000 or deprivation of rights (may be deprived of a lifetime)

Please note that each state in America has its own local fines for traffic violations.

Fines for traffic violations in Germany 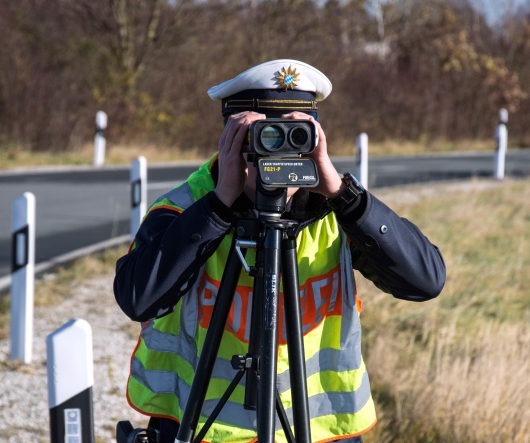 The Federal motor transport authority (Kraftfahrt-Bundesamt), located in Flensburg, uses a 8-point system of control over the observance of road safety.

This system was introduced in may 2014, replacing the previous 18-point system relating to 1974. The expiration of points will expire after 2.5-10 years depending on the type and severity of each of the committed traffic violations. Under certain circumstances, points can be reduced by attending formal training events. Getting eight or more points will result in license suspension.

In addition to the scoring system of the drivers control over the observance of traffic rules, in Germany an extensive system of fines for various violations of the legislation in the field of traffic.

Driving while intoxicated: fine up to 1500 EUR or deprivation of rights

Running a red traffic signal without the risk of an accident: 90 Euro (if there was danger – 240 euros). Also for this type of offence, the court may deprive the rights

Talking on the mobile phone: 100 € (if it led to a dangerous situation, can deprive of the rights)

Fines for traffic violations in China 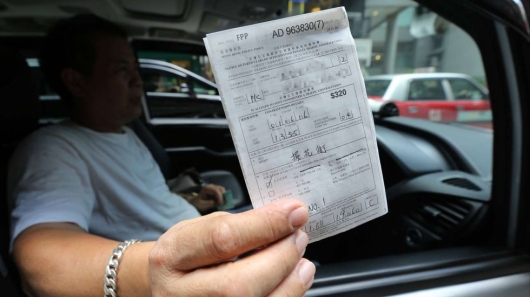 In China also, in addition to monetary penalties operates numerical control system over observance of legislation in the field of traffic. Including many dangerous traffic violations, criminal liability.

A DUI: 12 points + 5,000 yuan (741 USD). It is also possible to arrest and deprivation of rights for 6 months. If the drunk driving led to a fatal accident, the driver waits for the death penalty.

If a driver attains 12 penalty points, he loses his driver’s license.

Fines for traffic violations in Finland 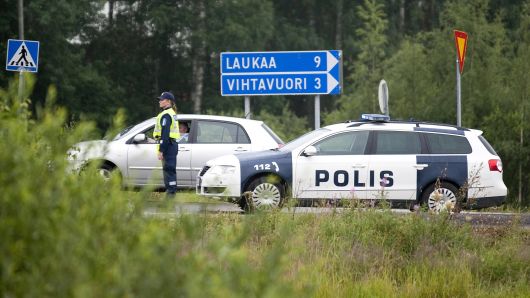 At the time, the head of the company Nokia for violating traffic rules were fined in Finland on 116 000. But this is not surprising. In this country has a special system of fines for violation of road traffic safety. It depends on the official of the taxable income of the offender. Unlike the US, China and Germany in Finland there is a point accrual system for traffic violations.

Any excess of the speed of + 20 km/h will result in penalty depending on your income.

Fines for traffic violations in France

Use in the car radar detector: 1500 euros

Ignoring priority signs or failing to stop at a stop sign or red light: from 135 to € 750 and four points

If you don’t pay the fine within 30 days, it automatically increases (for example, a fine of 135 euros increases to 375 euros).

If the level of alcohol in blood exceeding 80 mg, you can be fined up to € 4,500 and lose your rights. Drunk drivers can be jailed for up to two years (or needs to go through public works for four years), not even causing a serious accident. If you maim or kill someone, you can get a fine of 30 000 euros and four years in prison. Read more here.

Fines for traffic violations in Japan 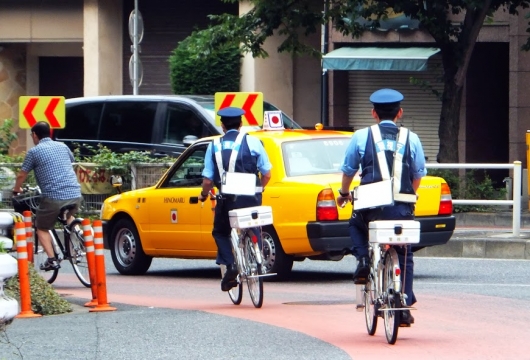 Japan has a system of points for offenses. In accordance with this system, drivers are given points for traffic violations depending on the violation. Based on these points, drivers can cancel a driver’s license. The scores are valid for 3 years, then burn.

When the driver commits a traffic violation, it may also be subject to an administrative fine, depending on his accumulated points for traffic violations or information about accidents in the past.

Fines for traffic violations in Spain

In addition to monetary fines in Spain also operates a points system for traffic violations. When granting rights of drivers to earn points (if experience is less than 3 years – 8 points, more than 3 years – 12 points). For certain traffic violations driver’s license off points. When it reaches zero the driver is deprived the rights. When you pay the fines within 20 days, as well as in Russia, offers 50% discount. If you do not pay the fine within 60 days, its amount increases.

Driving without insurance: up to 1500 euros

Driving under the influence: 1,000 euros. Also can deprive of the rights

More can be read here

Fines for traffic violations in Italy 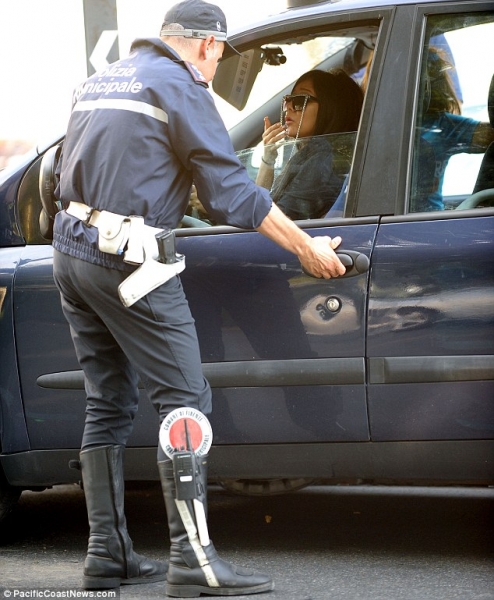 In Italy when issuing a driver’s license gives 20 points. Every two years, the driver gets a bonus 2 points for correct behaviour on the road (no accidents at fault driver has no traffic violations). The maximum you can get 30 points. For each violation the number of points decreases.

Upon reaching the zero values of the driving licence becomes invalid. If during the year you will lose 20 points, the driver will be disqualified from driving in Italy for a period of 2 years; if the driver loses 20 points for 2 years, he is forbidden to drive in Italy for 1 year.

In addition to the points system for traffic violations provides for administrative fines. For dangerous offence on the road the driver can be held criminally responsible.

Driving while intoxicated: 600 euros. Also provides for the deprivation of rights.

Fines for traffic violations in Brazil 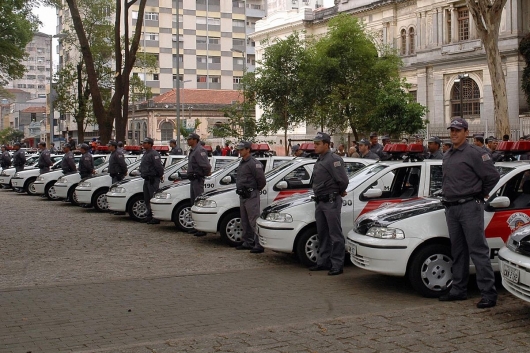 Brazil applies the point system. For each traffic violation the driver gets penalty points. The faster you lose points when issuing rights, the sooner your rights will be forfeited.

Penalties for traffic violations in Brazil are divided into four different groups depending on their severity.

Depending on the situation, penalties for serious violations can be increased 3 or 5 times.

Driving under the influence of alcohol is an example of a serious breach. In this case, the penalty which applies to serious offences, is multiplied by 5.