What is the crossover in your opinion is prettier?

X2 BMW vs Audi Q2 which is steeper crossover appearance? 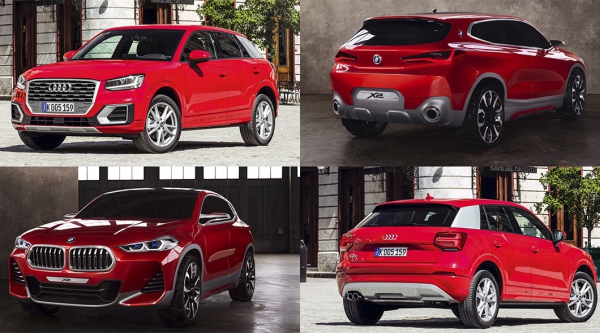 The Germans are obsessed with new over – creating a coupe-SUV. The emergence in recent times many new products created in this style, confirm this theory. The trend BMW started with the release almost ten years ago, the original X6. Now, it would seem that every German automaker has got its own version of hybrid models combining the basis of the crossover and the vehicle coupe… 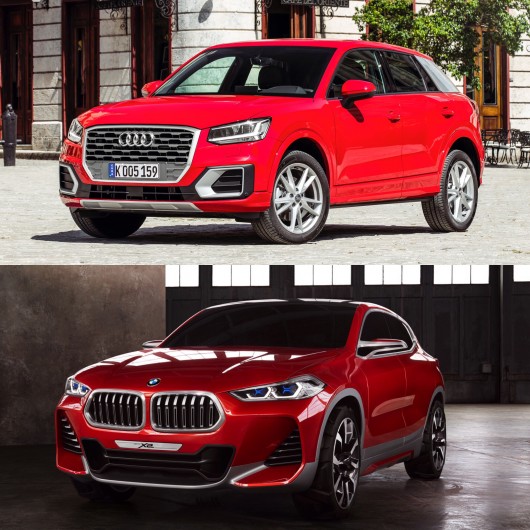 The Germans possessed a new course, creating a coupe-SUV. The emergence in recent times many new products created in this style, confirm this theory. The trend started with the BMW X6 original release almost ten years ago. Now, it would seem that every German automaker has got its own version of hybrid models combining the basis of crossover and elements of the body compartment. The big three were absorbed in the process of creating these unusual cars are more than fully, BMW, Mercedes and even Audi are not afraid to show new work on this topic.

Of the recent novelties, which debuted at the motor show in Paris created in the style of the coupe-crossovers have become the Audi Q2 and, it’s one of the closest contenders, also shown at the auto show – BMW X2 Concept. Let’s compare and see which of debuted cars cooler.

Both cars, the BMW X2 and the Audi Q2 will compete with each other in a small, coupe-like crossover segment. So take the basis of the fact that they are roughly the same size, and both have similar internal volume. What else makes cars so similar is that the design of both the crossovers is fairly obvious deviation from the other models brands. 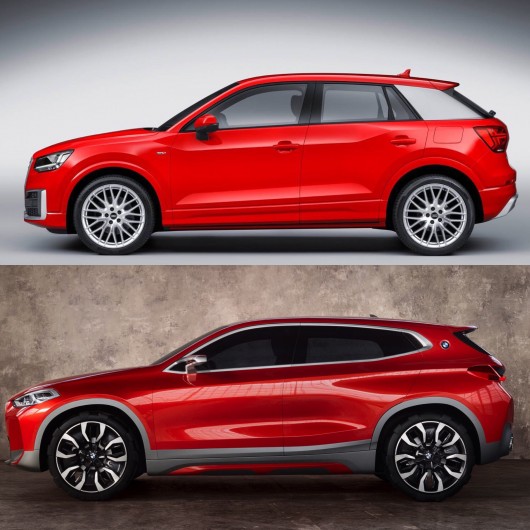 The Audi Q2 is not similar to any other model Audi, as well as the new BMW X2 looks indirectly from most of their closest counterparts from BMW. Perhaps the X2 will only be compared with the model of the BMW X1 crossover, as the older model X1, however, even these two similar at first glance the model prove to be not so identical, the only difference is in the details.

Both cars actually look pretty decent. Q2 from the Audi “sharper”, with more precise lines and more adjusted edges. The BMW X2 more grace, more smooth, stringy, with its flowing design of the body relaxes. It is very difficult to judge which car is prettier, both are unusual and fresh, rather it is a matter of taste. However, if you ask us, we would prefer X2.

Audi Q2 looks good, square-willed traits of the bulldog muzzles, sharp, clear edge, just measure and create a sense of soundness and completeness. However, the spell of crossover from Ingolstadt will only work if you don’t know about the BMW X2. Is the Bavarian loom on the horizon as the design Q2 will immediately seem somehow outdated and faded. But smooth and graceful a-line X2, on the contrary its simplicity and depth.

In the front part of both cars look very nice. Each in its own way, of course. Slightly ahead of BMW, Audi, a bit behind. But the thing that unites both crossover – impressive appearance, which is of interest. BMW wins here and a few more points still X2 front looks sportier due to the sculptural Vilalonga bumper and huge air intakes.

In profile, the X2 looks more coupe than crossover. Sporty lines, large rear spoiler, a thin strip of the side Windows tapering towards the trunk. All of this separately and together creates the impression of sporty and dynamic with considerable ambitions.

Finally, the rear view. Here in our opinion the design of both cars was somewhat crumpled. Both cars from the side of the trunk was a little bland. It is obvious that the BMW X2 is still a concept and not a final design of the future model. Therefore, when the model will be mass-produced, its appearance will be revised, some elements are removed and replaced with more simple shapes, change the optics or body panels, so who knows what else may change. And not the fact that the new appearance is the production model will match the exterior of the prototype or somehow be like him.

In the meantime, our conclusions are clear – the concept BMW X2 wins its competitor in the segment – the Audi Q2. And who do you prefer?