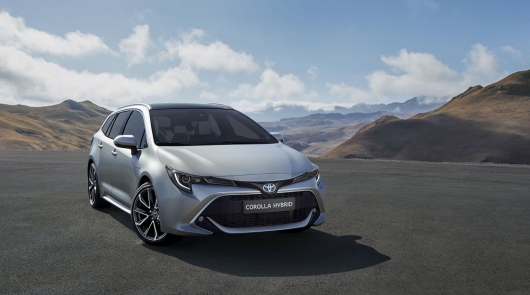 Cars station wagon is a dying breed. With this course you can bet on the part of the nuances, but in General this trend is true. Crossovers are not just captured a major share of the market, they began to systematically and intensively to survive in cars with other types of bodies. The only places the resistance of such bodies versions as a hatchback or “barn” is not broken. In the family of the renegades we can record and Corolla, which Toyota would venture to present to the European public at the next major motor show in Paris.

And so, the Japanese automaker has revealed the first images and details of the new station wagon Corolla Touring Sports – an elongated version of the hatchback, shown at the Geneva show earlier this year.

The increased length of the car is known to all of the model offers increased versatility and interior space. New Toyota Corolla Touring Sports will debut a month later at the Paris motor show. It is noteworthy that it was developed exclusively for the European market in the new design center of the company located in Belgium – “Zaventem Design Centre”. Thus, the question arises: whether “universal” version of the model in other countries. For example, in Russia? Yet the question remains open, but the answer is likely to upset the true fans, as is likely to be negative. The old Europeans with their puritanical mores stubbornly love all the old classic.

Maybe that’s why Toyota decided to abandon the production of Auris in station wagon body in favor E180 Touring Sports Corolla. Classic should be classic in all. 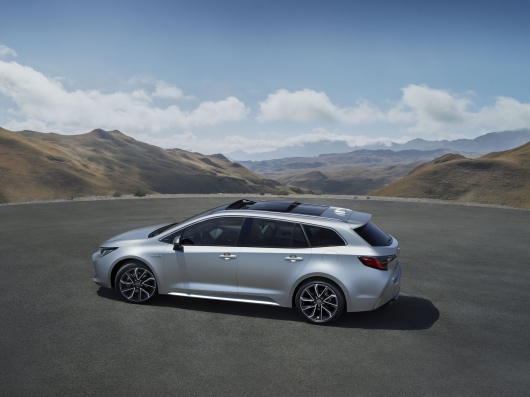 Extended version for practitioners has got a wheelbase of 2.700 mm (the wheelbase compared with the hatchback increased by 60 mm) that will help to offer “best-in-class rear passenger legroom” (manufacturer this fact emphasizes the most – of course he is very important) and 598 litres of space in the trunk. Maybe it’s not so much as in the high crossover, but it should make a new wagon Corolla even more attractive prospect for those seeking a bit more space in your compact car.

It is worth noting that the developers of the design have done a great job, creating a solid picture appearance. Yes, the front ¼ of the wagon looks just like any other model Corolla, but behind all the changes. Moreover, it is worth noting that everything has changed for the better – just the final look of the car, and not a strange design, a La: “I was blinded him from what was” that sometimes happens when for the established, long-produced models suddenly put “cargo” compartment. 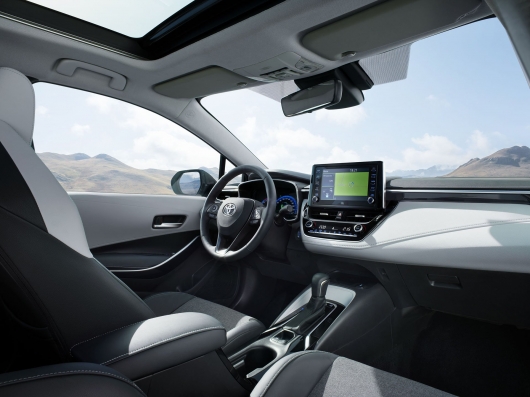 The rest, basically we have the same car as the hatchback. With many options of transmissions. This is another proof of the continuity models. 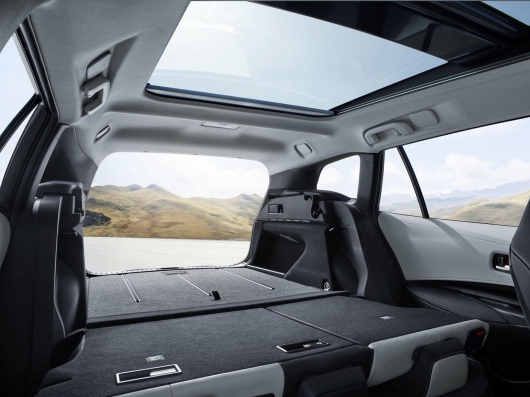 The platform, of course – TNGA GA-adaptive C. Multi-link rear AVS (Adaptive Variable Suspension) suspension should help to maintain the stability of movement on the Japanese even under full load on the stern. Simple front MacPherson is still a budget model in the lineup of Toyota should be inexpensive.