Car leasing: a review of Frets Grants and VAZ-2114 and their pros and cons

What you need to know if you want to buy on the secondary Lada Grant and VAZ-2114? 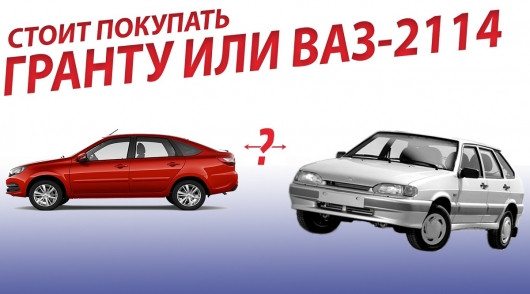 Buying a used car on the secondary market is akin to the quest, the game of hide and seek or, that is, to go through fire, water and copper pipes. We have already told you that you need to do to our acquisition in the market of used cars was not for us to grief. Now we want to pay attention to the popular in the Russian market of used vehicles: Lada Grant and VAZ-2114. We collected about these cars important information so you can emphasize their pros and cons. 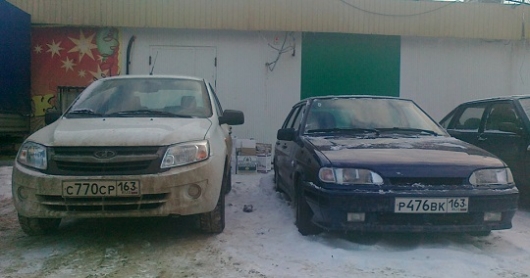 Before proceeding to the review of demand in the resale of used vehicles, please note that all information is collected for informational purposes and is not a guide to action, also we are not trying to persuade you to purchase a particular vehicle presented in the review. The choice, of course, do you.

Also wanted to note that all the data is based on reviews of car owners that are on various forums and Internet sites publish private reviews about the experience of owning a car, and the service technicians (including those who work in the official dealer’s WORKSHOP). In particular, we took into account the opinion of garage maintenance foremen whose experience and knowledge sometimes even higher than those who work in well-known large avtotehcentr. 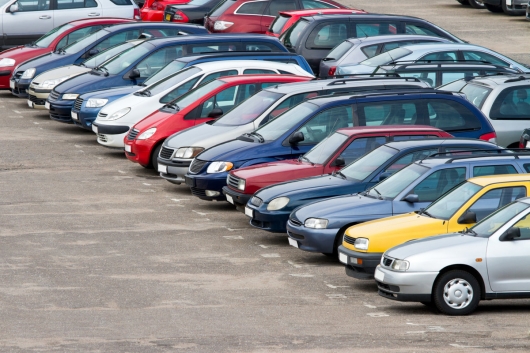 In addition, you should know that the used car market in Russia is changing rapidly together with the market of new cars. So, for a few years changed the leaders on the market. Gradually domestic car brand take on the Russian market leading positions, despite the people’s love for cars. But the reality is that people have to change on domestic cars due to the fact that many foreign cars they can’t afford. And this happens both on new and on the secondary market. So we decided to start with a review of domestic cars, and then continue with a car-foreigners.

What to look for when buying a used Lada Grants 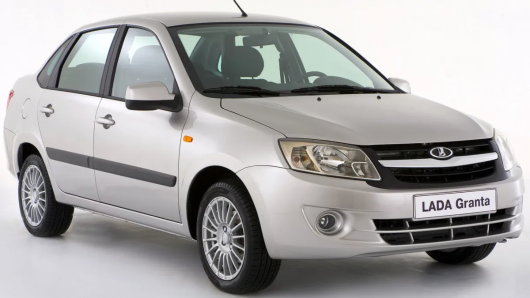 It is clear that if you are going to buy this second-hand Russian car, it’s likely that your budget leaves much to be desired. Unfortunately, despite the fact that it is a good car for the money, in most cases, this model get not from good life.

Of course, when money is limited, then buy a Lada Grants on the secondary market is akin to walking through a minefield. Indeed, in the case of the unsuccessful purchase will be doubly insulting to spend money, getting a problematic car, which requires large investments. How can this be avoided? What to pay attention?

First, recall that recently, the Lada Granta was restyling (update), and got a more fresh appearance. This naturally led to the fact that the previous model a little cheaper on the secondary and will be even cheaper as falling on the secondary market restyled models.

Suggest you search for the car liftbacks because so less risk of running into a taxi car with twisted mileage. In the body of the Grant is rarely used taxis. 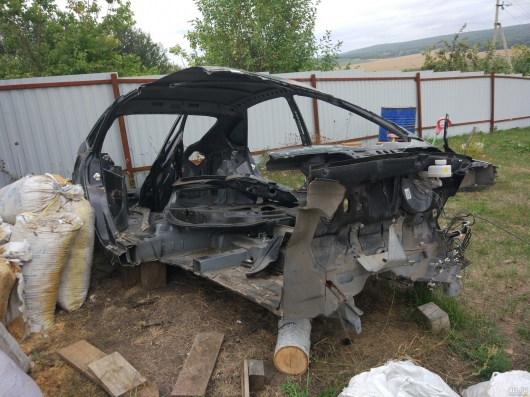 The biggest headache for any owner of a Lada Grants is, of course, corrosion of the body, which spares no car. Unfortunately, as he tried to AVTOVAZ, they are unable to conquer the fast rusting cars. For example, sample vehicles in the year 2014-2015, according to the opinion in the Network, covered with signs of rust in the first year of owning a new car. 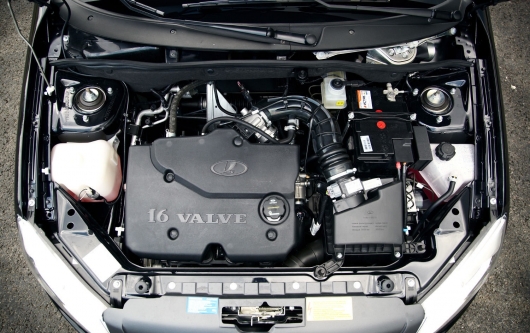 According to servismenov, the purchase should pay attention to the complex 16-valve engine, which, though improved compared to the old unkillable 8-cleanname engines, yet due to the complexity of the design has a number of sores.

First, when inspecting be sure to measure the compression. It should be in any case not less than 11 bar. Ideally, there should be 12 bar. The difference between the cylinders should not be more than 0.5-0.6 bar. 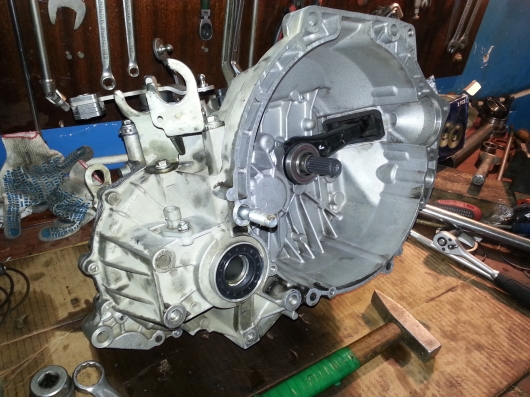 Also during the inspection, note on the transmission that when the test-drive should work without extraneous sounds and rattles. Special emphasis is made on the rear transmission, which must be included no cod.

Check is whether the clutch pedal to the end. Will pay attention to the working of synchromesh gear box with forward motion, especially on 2nd gear, which most often wears out on these cars (second synchronizer). 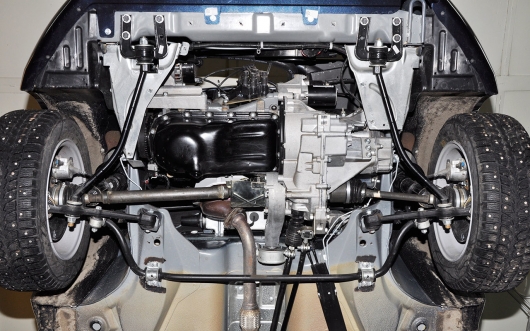 There are also complaints about the front struts, which even at low mileage are becoming rambunctious. 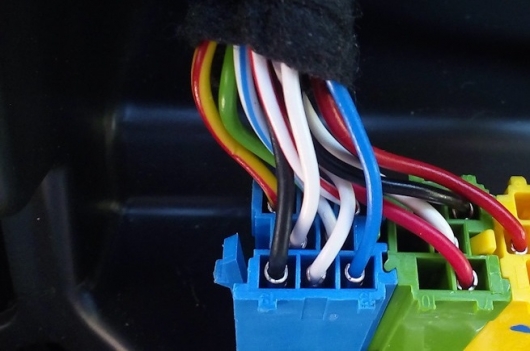 The owners of this vehicle are very fond of “tune” the car, setting salbufera, amplifiers, led light bulbs, alarms, etc. Alas, very often doing this on their own. Sometimes incorrectly, damaging a single chain electrical on the car, which tends to fail.

So that would not be out before you purchase to check the electrics of the car.

You can buy a car with a reliable 8-valve engine

Large trunk for the class

Frequent active driving of the transfer die, the gearshift lever simply no longer be locked in the selected position. Also found a defect in the gears of the gearbox, which crumble to pieces.

The howl of the gearbox, which failed to eliminate the engineers of AVTOVAZ

Corrosion of the body

Result. As we have said, when selecting a used Lada Grants will pay attention to all important components of the car. It is desirable that the mileage of the car does not exceed 85 thousand km (honest). Also check the car in the database of the taxi. And, of course, before you give the money to the buyer, make a complete diagnostic of the car. Never buy a car on appearance, if you don’t want to buy a pig in a poke. 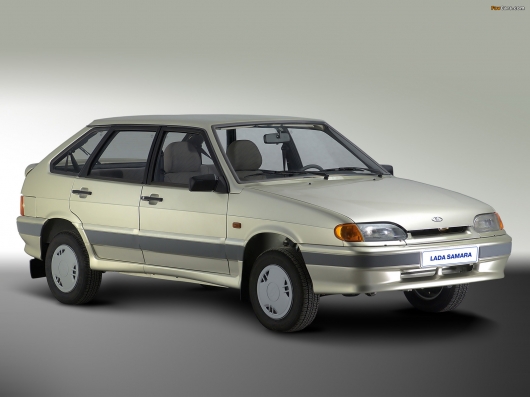 At the end of 2013 in Russia was a historic event – the Assembly line of AVTOVAZ went down last VAZ-2114 (Lada Samara-2). He was replaced by a modern Lada Granta. In General, the family of AWD vehicles series Lada Samara was produced in the domestic market for more than 30 years.

It is worth to note that in the change of generations technological revolution did not happen. In principle, technically VAZ-2114 – is the same as VAZ-2109, with the exception of a new steering rack and front brakes that 14 I got from the VAZ-2110. Also the car received a 1.5-liter engine with distributed injection of fuel and an upgraded manual transmission. Everything else is the usual external and internal restyling. 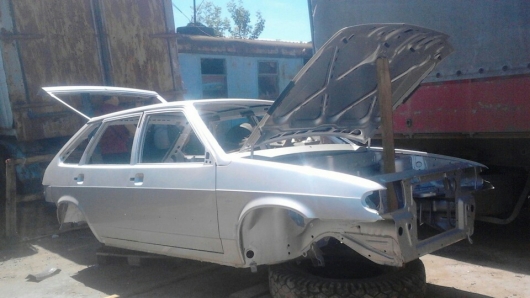 Alas, like many domestic cars, VAZ-2114 there are problems with corrosion of the body. Unfortunately, if the car owner will not monitor the condition of the body, the Lada quickly can be covered with spots in the form of rust. Therefore, without regular anti-corrosion treatment of the body this model may quickly find yourself in a landfill. 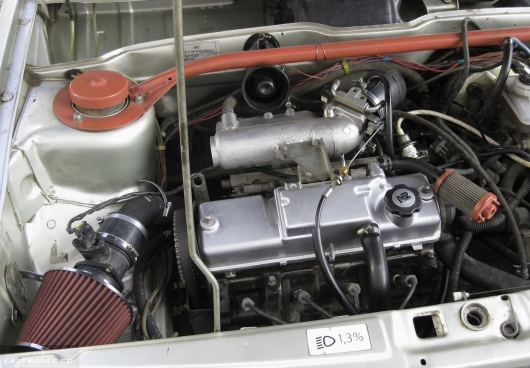 Initially, VAZ-2114 has got 1.5-liter 8-valve engine. In 2007, he was replaced by a 1.6-liter motor vosmiklasnica with a similar design. The advantage of these engines is that if for some reason it breaks the timing belt, engine valve does not occur with the pistons. And this is important because the breakage of the timing belt on this model is not uncommon. And even with a small mileage after the belt change.

The engines are quite reliable and can run up to 350-400 thousand km by the Way, don’t be afraid of knocking of the valves when the engine is running. The sound is, even at completely serviceable engines. Blame valve tappets that sit too high in their seats. Design feature, damn it. By the way, this motor every 45 thousand km requires a planned adjustment of the valves. In practice, however, most car owners do not. Unfortunately, despite the reliability of the motor, due to the characteristics of the cooling system the engines are prone to overheating. 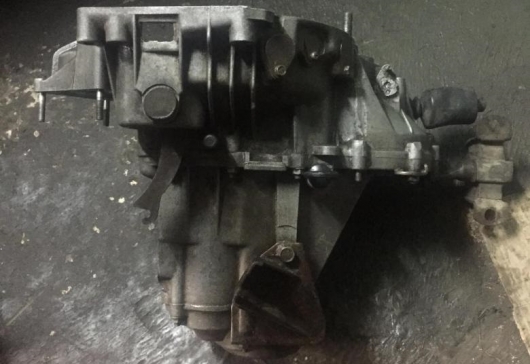 The weakest link ICIE is a domestic kit. So if you do not want headaches, buy the foreign counterparts.

Do not worry the heavy noise 5-speed manual transmission. Unfortunately, the quality of the workmanship gear and synchromesh box VAZ-2114 was not very good, they were howling even on new cars. As on the Lada Grant, most likely in the transmission of the wearing of the second transmission (synchronizers).

Service men are advised to regularly monitor the oil level in the gearbox and in the case of lack of oil to add even more value. 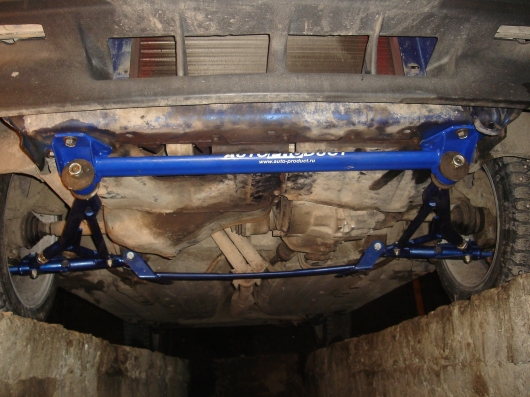 Suspension of VAZ-2114 appears to be the same chassis, you can find in VAZ-2109. So known reliability of the suspension of “nine” have a more modern VAZ-2114. But unfortunately, along with this 14th model took over and all the children’s ailments of the chassis due to design features.

For example, VAZ-2114, as in VAZ-2109, is still not uncommon delamination of the rubber from the top of the supports of the shock absorbers. Also do not expect reliability from the brackets, aluminum extensions, which are very fast burst of shots. Fortunately, support is usually changed to imported analogues, which, fortunately, abound in the market. Also, instead of the aluminum brackets, you can install steel. In principle, this is all common ailments khodovki VAZ-2114. To ball have no complaints. They easily go 80-100 thousand km. but, of course, a the VAZ-2114 can pretty quickly leak native absorbers. But you can exchange them for imported ones, and you will forget about this problem.

Steering rack usually goes without any problems 60 thousand miles Then start knocking. But this is usually solved by tightening the adjusting nut steering rack, and you will forget about steering to 100 thousand km, where you will have to change rods. 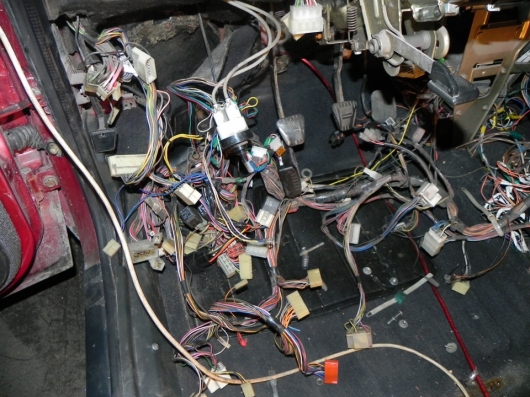 There’s also VAZ-2114 took all sores are from the VAZ-2109. Also on the state of the electrical on the car depends how the car was treated by the owner. If he got into the electrical system by connecting a variety of electrical equipment, making all unprofessional, then by buying a car, you may get a whole heap of problems with the electrics, headache and resign ourselves to great expense. So upon inspection of the machine be sure to perform diagnostics of all electrical equipment. And don’t mess with a machine that has been electrotyping.

The advantages of the VAZ-2114

The simplicity and low cost maintenance

The reliability of the suspension

The availability of spare parts

Service in any one HUNDRED

The quality of the brakes

Cheap creaky plastic in the cabin

Quick corrosion of the body

To put up with constant small damage

Result. Despite a number of problem areas in the VAZ-2114, this car is popular in the Russian secondary market. And despite the fact that this model has long been obsolete, its popularity is not falling and, in fact, in recent years significantly increased. But it is logical considering the current economic situation in the country, where incomes are falling for three consecutive years along with the constant increase in the cost of both new and used cars.

Naturally, in such conditions the demand for domestic auto industry is growing and will grow in the near future. 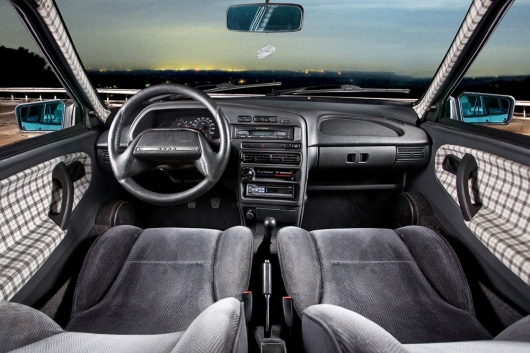 The interior of the VAZ-2114 looks good in our days

But the most important thing, regardless of price, the vitality of these machines is impressive. The reliability of these machines is even higher than many modern cars. All this is due to the simple design. Additionally, the possession of VAZ-2114 cheap enough due to the low price tags on parts and cost of repairs. Most importantly, you will be able to repair this car at any service station and even in any garage where you will find independent mechanics.

The only thing you need to know what aftermarket parts are not so easy to find quality automotive components for VAZ-2114. Unfortunately, on the market today a lot of Chinese fakes. But there is a solution: it is the purchase of imported analogues from reliable suppliers.