Can the summer driving on winter tires?

What if in the summer driving on winter tires? 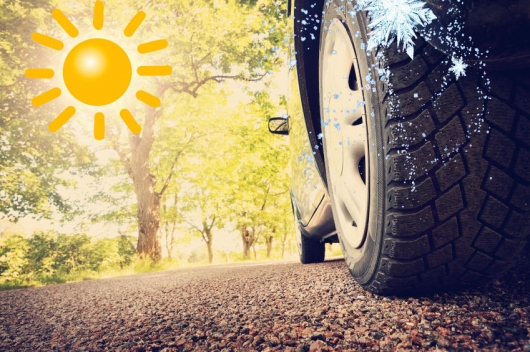 So there was life in our country that it is like a fairy tale – the farther into the forest, the more terrible. Well nothing can be done. Have to adapt to live in conditions of austerity from paycheck to paycheck. Of course, recent years of economic instability (although today to talk about some kind of economic recovery do not dare) people learned how to save on everything. You won’t believe, but on the street, already there are people with bags. In General, the trend of “as before” is in full swing. In the first place have learned to save motorists. Because sometimes car maintenance gets the lion’s share of wages. In the end, millions of Russians have cut their spending on repair and maintenance of their personal vehicles. For example, increasingly on the road today began to appear in cars, riding in the summer on winter rubber. This is especially true for those who in the summer goes a little bit. In the end, as I guess many owners of the machines, wear of the winter tires on the pavement will be minimal. Let’s find out whether it is possible to still use the summer winter tires and is it legal? 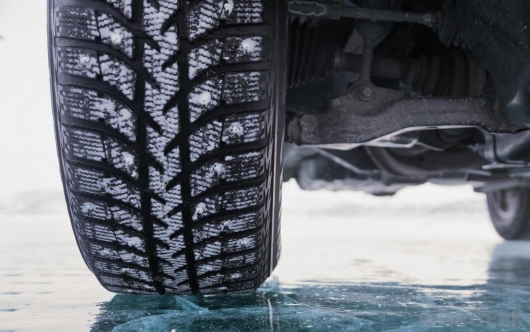 Just want to note that none of the applicable law and regulations the document is not prohibited to use the car in the summer on winter rubber. So everyone is free to choose which tires to go in the summer. In General, the law no claims to you.

The more important question, which interests more and more motorists associated with the feasibility of using a vehicle with snow tires in the summer. Many people wonder whether there is increased wear of the winter tires on the pavement in the summer, whether it affects fuel consumption etc.? Let’s deal.

So, as we have said, to save many car owners began to abandon the use of summer tyres on their cars, preferring to drive the car on winter tires. Here in addition to the cost of summer tires also saves money for the tire wheels. After all, staying on winter tires, we do not need to go before the summer season on the tire, stand in multikilometer turn.

Really, there is no need to spend money on a set of summer tires and feed the tyre? In fact it is very undesirable, as winter tires in the summer is behaving very badly.

The thing is that with double-digit above-zero temperatures, the winter tires are not doing their job and are unable to provide to the car optimum traction with the road surface. Additionally, because of the peculiarities of winter of winter tire tread may not like summer, effectively to divert water during rain or when driving through puddles. In the end, on winter tires, you run the risk that your car will start hydroplaning, losing completely the grip. Why winter tyres in the summer behave this way? The point here is, of course, not only in a special configuration of the protector. So, the composition of winter tyres is somewhat different than summer. Do not forget that the chemical composition of winter tyres designed for low temperatures. Most winter tires, the proportion of rubber (rubber) more than in the summer. Accordingly, the more rubber, the softer the tire. This prevents hardening of the tyres in temperatures below 0 degrees. Including due to the increased rubber composition of winter tires provide effective grip with the road surface at low negative temperatures.

Additionally winter tires have more frequent tread, and grooves on the surface for more effective grip on slippery, snowy or muddy surface.

The danger of winter tyres in the summer 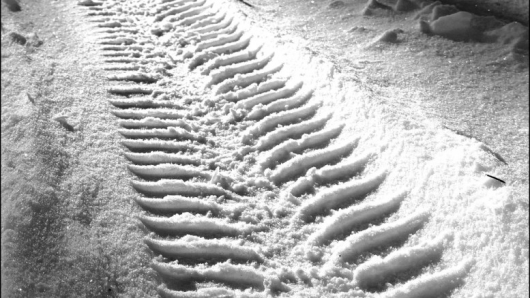 Security. Since winter tires are softer due to the increased content of the rubber in the hot summer weather rubber becomes even softer, which can lead to a strong deformation of the tyre. In the end, the car on winter tires in the summer becomes less stable on the road. Including a softer winter rubber when used in summer time, increases the braking distance when driving on dry asphalt.

According to the German organization ADAC, the average braking distance on summer road car, equipped with winter tires, more than 16 metres compared to a machine, “booted” in summer tires.

In the end, if you have not changed the winter tires, you run the risk that your car may suddenly start hydroplaning.

Car insurance. In some cases, a driver involved in an accident, can blame the fact that the accident occurred due to the fact that the car was equipped with winter tires, with the result that he did not have time to stop the car. In the end, even if you are to blame in an accident, you risk to remain without redress. After all, theoretically, the insurance company can deny you compensation because of the fact that your car operates in the summer on winter rubber.

Wear. Due to the fact that winter tires tend to be more soft, use in summer is fraught with premature tread wear. The thing is that the soft rubber with summer temperatures getting even softer. In the end, using winter tires, you create an increased friction with the road surface. Therefore, the wear of winter tyres in the summer will be two times faster than in winter.

All-season tires as a compromise 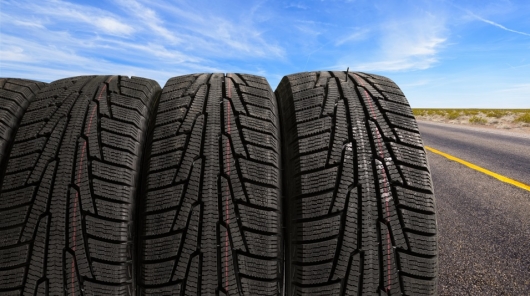 So, as you can see, to use winter tires in summer, desirable, though not legitimately. But what about those who do not want or does not have the financial ability to buy your car two sets of tires (winter and summer) and change them every season? In this case, it is necessary to purchase all-season tires, which are suitable for year round use. This is especially true for those who live in the southern regions of Russia, where, as a rule, the winter is softer, and the amount of snow has nothing to do with taiga.

Unfortunately, to use all-season tyres, is unlikely to succeed, if you live in the Northern regions of the country. Here winters are severe and snowy. In such regions, we still recommend you to use both summer and winter tyres. And in the winter it is better to buy studded tires. 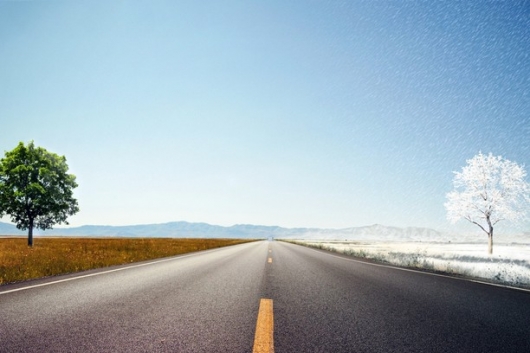