Are you a fan Dzhimhany? And who doesn’t?! Waiting for – get! The tenth part of the Gymkhana is already here. 19 minutes of drifting, burn, burning tires and Ken Block… 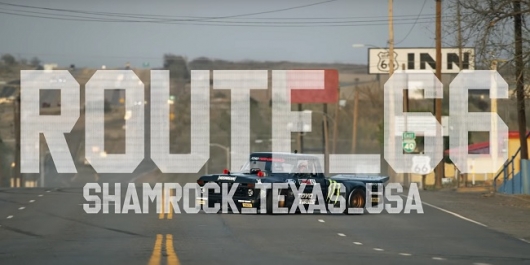 It has been over two years since the Ninth Dzhimhany. It’s really a big break for the series. What was he doing all this time Unit? Warmed the belly on the beaches of California? Nah, he filmed the sequel. Why so long? Well 19 minutes calibrated drift – this is not a promotional video shoot, here the skill requires a special, and unwanted risks to get rid of again… everything takes time…

In the 10th part of one team have gathered the best five models from the collection of Ken (racing car Climbkhana 1965 Ford Mustang , champion Ford Fiesta in 2018, Ford Escort RS Cosworth 1991 , the Ford Focus RS is RX IX of Gymkhana as well as the new 914-strong pick-up Ford F-150 Hoonitruck 1977), which drifted in five places worldwide: fearless Ken Block drives a car on ice, on city streets, on deserted roads everywhere, where you can think of, because this is all part Gymkhana series and Gymkhana, as the Americans say, makes a promising case.

The crew learned very well to check the most important things, and Gymkhana 10 is no exception – from the locations to stunts everything is perfect here. The latest Gymkhana called “Ultimate Tire Slaying Tour”, if that.

And yet, the Unit even manages Ford Escort without tires, striking enough sparks to kindle a flame in our hearts.