Boeing is developing a very strange plane on solar batteries 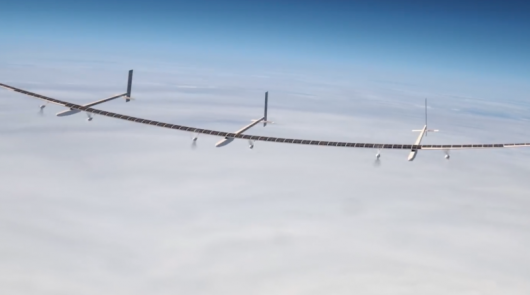 The climate on our planet is constantly changing. It is subject to not only the mechanisms inherent nature, but the factor of human presence. Even scientists have not yet figured out all the secret devices of the occurrence of certain meteorological phenomena. To penetrate deeper into the mysteries of nature, researchers from time to time have to rise into the air, where on a specially equipped aircraft, they continue their research.

But this method is hidden and serious problem, the high cost of such studies, their short duration and, to put it mildly, low environmental friendliness. Jet or propeller aircraft on the ice remains by means of increased emissions of CO2 and other nasties into the atmosphere. Is there an alternative? Currently no, but it is developing a Boeing.

The idea is the following: to attach a very lightweight aircraft solar battery, provide the aircraft with a pair of low-powered engines and let it float freely in the ocean air, just as Odysseus went on his long journey to the way home. No wonder the model of a solar-powered aircraft was named “Boeing Aurora Flight Sciences Odysseus”, in honor of the Odyssey. He will become an assistant in search of answers to many questions to climate scientists.

Potentially, the aircraft could spend months or perhaps even more, in the air, drifting in a non-stop flight. Interestingly, despite the external similarity with the aircraft, in internal documents of Aurora klassificeret “Odysseus” as “high-altitude pseudo”.

The structure of the plane of the satellite mainly consists of farms, is made of carbon fiber coated with ultraviolet – light-resistant protective material called Tedlar, along with ultra – lightweight solar panels on the wings and fuselage.

He can hold the position over an area and stay in the air almost indefinitely, due to the fact that the fuel for him to literally float in the air. “Odyssey” is not only able to give scientists a wider view of the climate changes, but also give the ability to track even such parameters as soil moisture in the Land, and until the chemical composition of the gases in the higher atmosphere.

In General, these unsightly fragile looking shoulders, in the future can be entrusted with the heavy task, no less important than those who continually decide to satellites in orbit.

Earlier prototypes were unable to survive in this cruel world 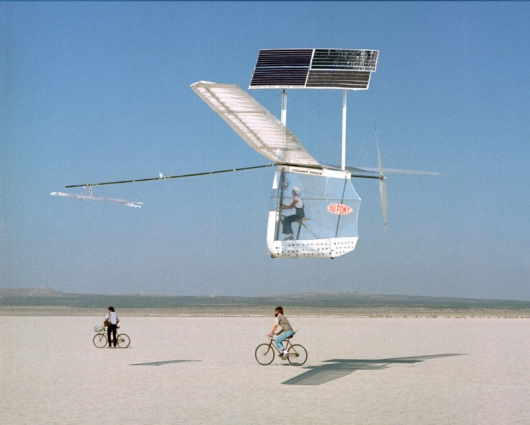 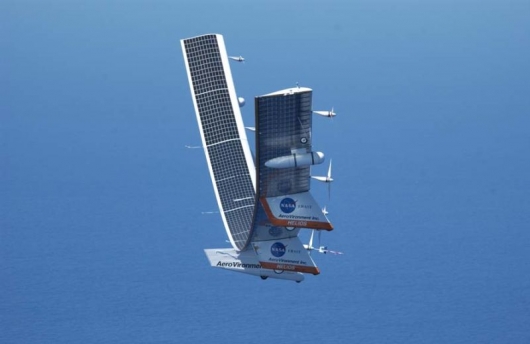 Unmanned aircraft Helios seconds before the destruction of the wing