BMW X7 vs BMW X5: compare side by side 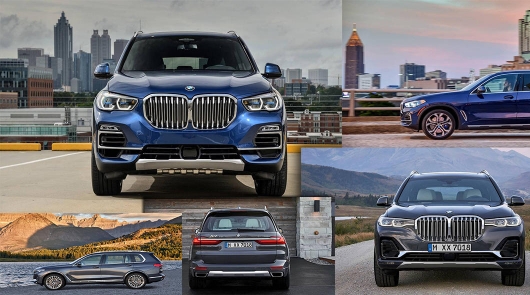 After a long and relatively public testing period (BMW kept car fans aware of what is happening with the prototype of the future crossover) new full-size SUV BMW X7 finally in real form. Three-row monster from Munich will start the battle with numerous competitors, not least of which will be Lexus LX, the Mercedes-Benz GLS-Class, and the infamous Maestro of style – the Cadillac Escalade.

The occurrence of X7 in the caste of “especially prestigious of the giants” also means that for the first time since then, as was the original SUV the BMW X5 in 1999, it is no longer “king of the hill” line of BMW crossovers. That is, at least when it comes to sizes and prices, new X5, shown at the beginning of this year, looks at the background of absolute novelty faded. Whether so it actually and whether middle brother “X5” continues to be the preferred choice for those looking for a great “Bimmer”? Let’s look at both models side by side.

Here’s what you can tell about X5 and X7 after comparison:

The front part of the BMW X5 and X7 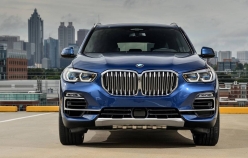 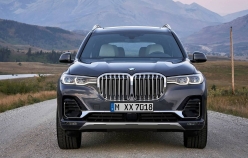 There is no doubt that the X7 is a larger sibling BMW, but you’ll be surprised at how small the difference externally between the two models of SUV’s – X5 and X7.

The height of the BMW X7 is 1.804 mm (X5 lower by 53 mm) in length BMW G05 also short new items by as much as 228 mm. But what is surprising: X5 actually wider X7 – 5 mm, but wider! These figures clearly indicate the superiority of a large SUV “X”-series on his younger brother. This is at least in size and capacity.

Large radiator filesresearch and re-stylized front fascia on X7 relatively increase the appearance of the new model compared to the “X5” but if you look directly in front, discover it will be impossible for the difference other than different detailing in the car almost none. 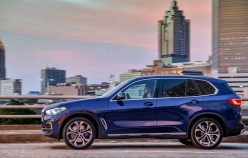 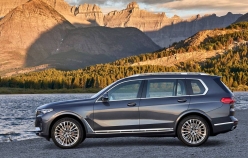 But the side – Yes, the superiority of the X7 visible to the naked eye. Here is where we notice a legitimate difference between the two SUVs. X7 in length extends as much as 5.163 mm, compared to 4.922 mm X5. Doesn’t sound like a big difference, however, is enough for the emergence of the new flagship full passenger third row, which can comfortably settle on a long trip even adults.

Say more, the difference between the wheel bases of the cars are much smaller: 2.975 mm and the X5 3.105 mm on the X7. But even its presence radically changes the balance inside, as you have learned above. 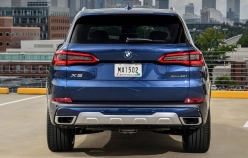 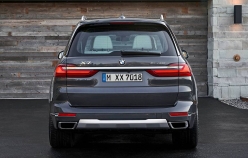 Size is all well and good, but what about appearance? Without massive grille and enlarged hood, distracting us, you can be shocked when you see both off-road spins. Two car rear designed almost one to one! In the back they are very similar.

The only thing with this angle is easier to see a slight advantage of height, the model X7 that will actually be an additional element of comfort. The new product looks slightly higher, while the X5 seems a little wider.

Salon: the difference actually is? 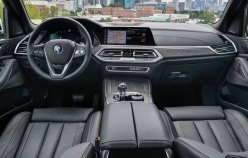 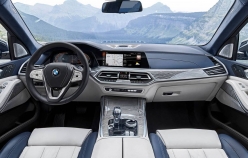 But are you ready for this shock? X7 is almost completely copies the style of a younger brother, adding in the standard only the element of the third row of seats. Given that both SUV have the same width, the interiors are pretty much identical in layout. At least this is the case in the front. As they say, find the 7 differences. 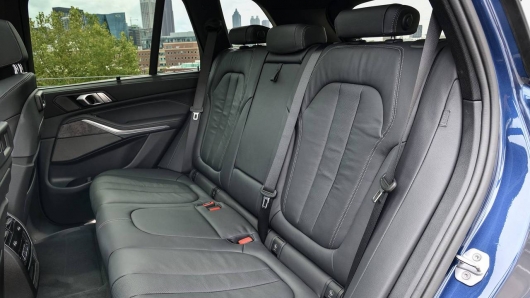 Thus, the fears of a certain percentage of experts into life? We have another gorgeous “bus”? Somehow sad is because of this understanding. The feeling of some special brutality or in a sophisticated chic, the BMW X7, simply no. 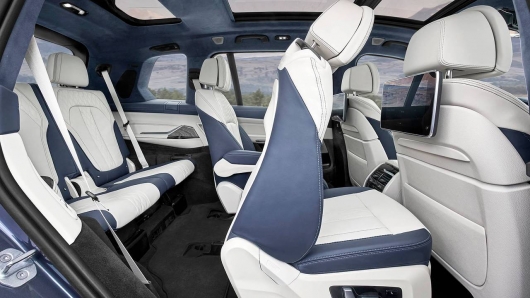 Maybe Bavarians cost modest to advertise your new SUV? Some too common it they did, honestly.