“Bibendum”, who and what is Michelin?

Where the Michelin man there was a strange man 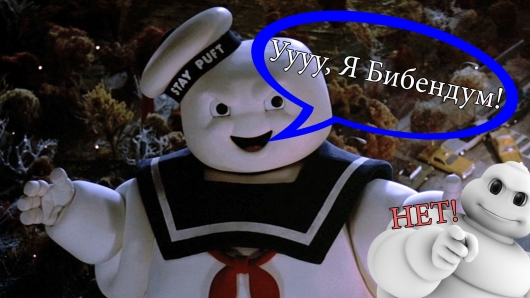 The poll conducted by one of the enthusiasts on Detroitcom motor show, showed that many experts do not know enough famous things from the world of automotive culture. For example, almost no one could name the first or real name of the man who advertises Michelin tires.

This handsome devil of Shin’s name was Bibendum. Readers who know the Latin language, translate this name as a Latin verb meaning “to drink”. In the very first is 1898 Bibendum portrayed a foodie, like a plutocrat. He was holding a big glass with broken glass, nails and all sorts of sharp objects, wearing pince-nez. Above the image is the inscription “NUNC est bibendum” means “now we drink”. Some of the promotional images unusual man portrayed on the bike with a big cigar. 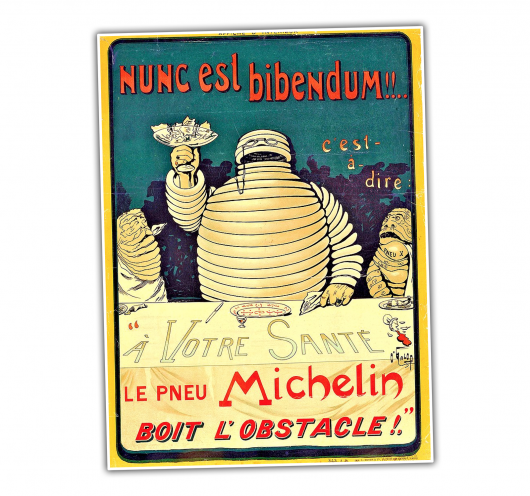 The implication here is that the Michelin tyres, which is composed of Bibendum, high quality and so durable that they can just “drink” or absorb all the sharp objects found on roads, without any consequences. On either side of the Bibendum are such men of tires, which are unable to withstand the test of sharp objects — they look dejected and deflated.

The beginning of the story of the strange hero advertising 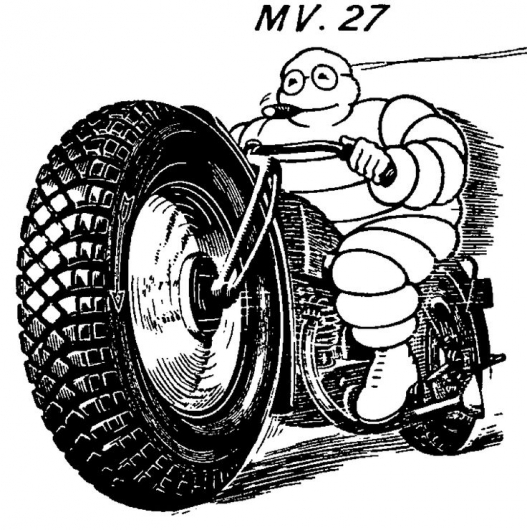 Unusual character appeared in 1894, when the brothers Edouard and andré Michelin saw a pile of tires, which reminded them of a human figure without arms. Later, the founders of the brand met a cartoonist named O Gallop, who had previously designed the is the German brewery. It was made in the same format as the acclaimed first is tires Michelin. But only the German beer drinker was replaced by a huge Golem out of the tyres. 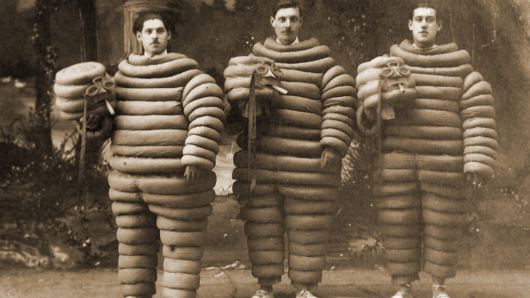 The exterior of Bibendum with the years has changed dramatically. Its original format was largely a product of the era. Details – nez and the cigar symbolizes status and success. But quickly enough, the accessories are gone, that proves animation with the participation of Bibendum, 1935 issue:

Tires of the era of the birth of the strange character was very thin and white. The color is due to the absence of soot in the composition of the rubber mixture. This defines the appearance of Bibendum. Despite the cigar and his glasses (symbol of prestige), advertising character seemed terrifying. 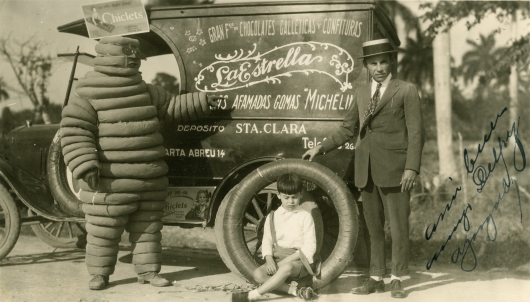 See, even a child depressed near life-size puppet of the early XX century

But the people of tyre were always friendly, especially to the car owners. Bibendum was portrayed while helping drivers through the wheel. The friendly character removed the tires from his own body and gave to replace the defective tire.

For many years, like many other mascots and cartoon characters, Bibendum retained in the “adult life” of his character and stayed with this lovely and attractive. 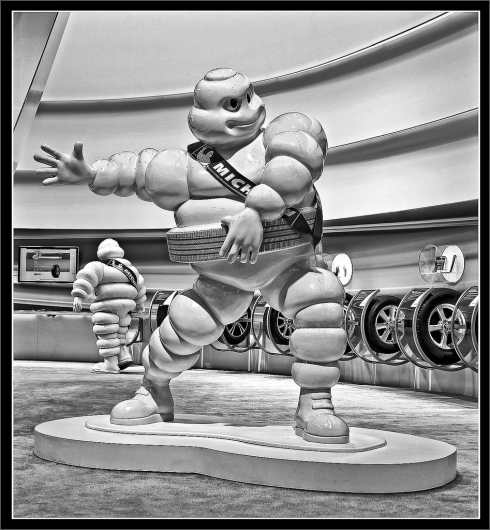 Today, the Michelin man or Bibendum turned into a nice, friendly, chubby hero. However, the head resembles a turtle, it flaunts a charming smile. The tire, which is composed of a character, become wider that more true. In addition, Bibendum dressed in industrial shoes with Velcro fasteners. 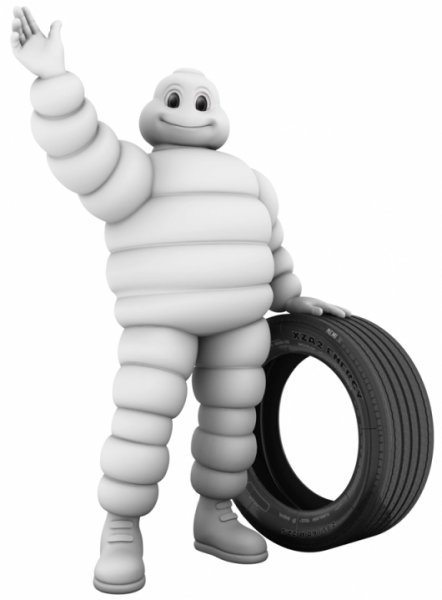 The only thing left of the hero is white. The reason – a more realistic black blended with the dark backgrounds. Another problem is poor print quality, high ink consumption, which significantly increased the cost of large runs of posters and banners. It was therefore decided to maintain white body color known character. 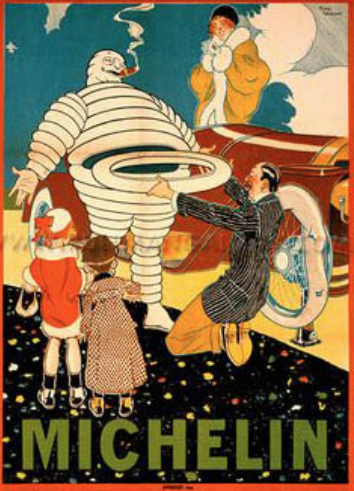