Bestsellers on the Russian automotive market in 2018 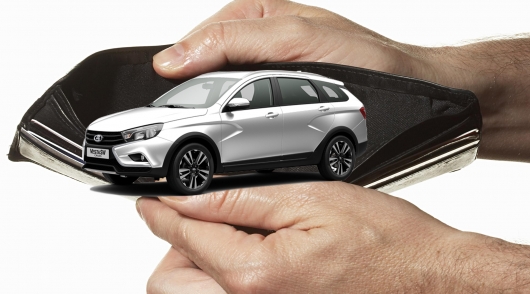 Well, you noticed that the Russian market of new cars gradually restores its positions? Again people gradually show their interest in new cars. No, of course, to talk about a market recovery to pre-crisis levels is impossible. For this you need probably to wait until Russia will increase income and reduce interest rate on loans.

So, the recently published statistics of new car sales for the first half of 2018. More about it can be read here. As you can see, the market has been rising steadily for several months. And the reason is not that the falling trend in the Russian car market is broken. Unfortunately, to talk about it yet.

The fact is that, despite the growth in sales of new cars, it is still unstable. Most likely, now we observe increase sales and delayed consumer demand, which a few years off to buy a new car due to the difficult economic situation in the country, as well as in connection with large interest rates.

Now, after the economic situation in Russia has become more predictable, and interest rates on loans have decreased substantially (but, alas, did not come back to pre-crisis period), people gradually began to again show interest in buying new cars.

But the demand for cars is growing not only so. The fact that for several years, the cost of new cars is growing almost non-stop. So this year, dealers are constantly rewriting their price tags in the direction of increasing, despite a rather stable exchange rate. And, most interestingly, if the car price increased due to local growth of the dollar, even after the strengthening of the Russian currency, the price tags on new cars not already adjusted downward. 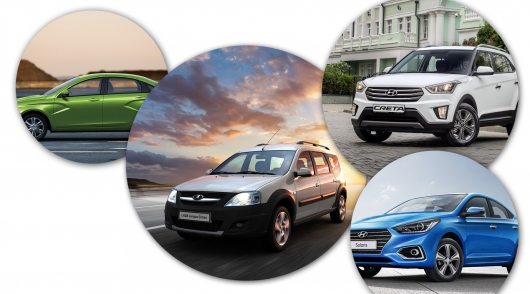 This is a clear sign that the new car will go up further. Of course, people in our country understand this very well. And that’s why, literally, in recent months run into the dealers to be able to buy new cars at an attractive price yet. According to experts, this is currently the main engine of trade in the market.

But despite the fact that the car market of Russia began, apparently, their, albeit slow, recovery, to say that the market situation will soon return to the level of 2013-2014, not worth it. First, even if the market recovers, most likely, his overall picture is quite different. And it shows. View, today the former market leaders lose their positions, whereas domestic models of cars take, without blushing, market share.

For example, you could believe a few years ago that vehicles of AVTOVAZ will be in great demand, than cars, for example, the Korean brands? Today it is a reality. So, at the end of June, the company AVTOVAZ has set a record of sales of Lada Vesta and Lada Grants, ahead of sales of Korean cars Kia Rio and Hyundai Solaris, which for several years took a share of the Tolyatti car factory.

And now Korean cars started to significantly lose market share. Although it is worth noting that at the end of 6 months of sales of Kia Rio is still more. Thus, from January to June 2018 in Russia, it sold 51 558 Kia Rio (compared to the same period last year is 5 400 vehicles).

So, as you can see, the growth in sales of domestic new car Lada Vesta rolls. It is a real bestseller of the Russian market. In many car dealerships over this car lined up in long lines. You remember in the last 20 years?

It’s a pity that in our country there is practically no car that could compete with other cars. For example, UAZ Patriot has not become a bestseller of the market because of quality problems. But the main disadvantage, of course, is his price tag which, according to experts, is very high.

So, here are the top bestsellers in the Russian market at the end of the first half of 2018: 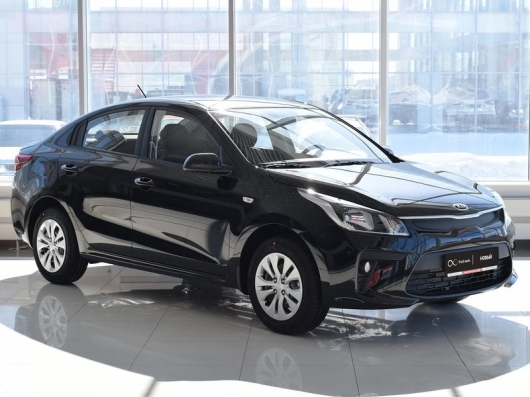 This model still holds the palm in Russia as the absolute market leader in total sales for 6 months of 2018. If we take sales in June, the model took only the third place in the sales statistics. But it seems only seasonal fluctuation. At the end of the year, most likely, this car will retain market leadership. 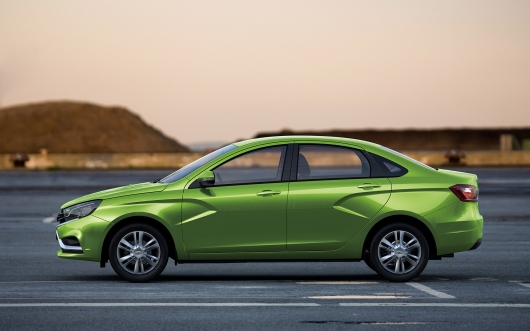 Lada Vesta – a real sensation on the Russian automotive market. This model is the main driver of all sales of AVTOVAZ. And are interested in the car, not only Russians. So, in recent months, even in Europe, the company AVTOVAZ says a sharp rise in demand for West.

In particular there is a demand in the CIS countries. In our market in June, marked by record sales growth, which amounted to 843 9 PCs., 3 234 car more than in the same period last year. 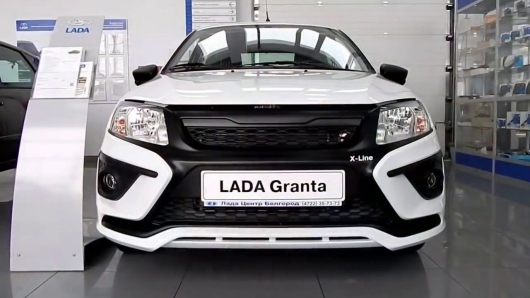 Another domestic bestseller of the Russian market, which for a long time firmly holding their positions. So, at the end of the first 6 months of 2018 Lada Granta takes the honorable third place. Total sales in June this year – second place. As we have said, the 4-th place in sales of new cars in Russia is a popular sedan of Hyundai Solaris. Despite a slight slowdown in sales dynamics, still at the end of the first 6 months of the Korean car sold better than last year. 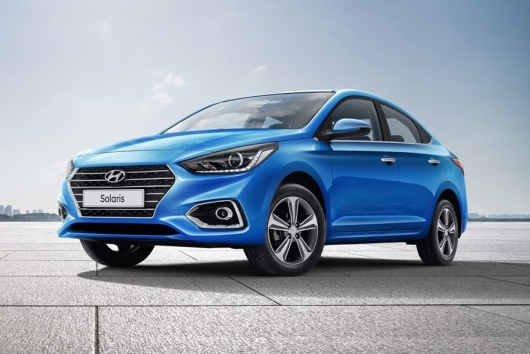 Here’s another rising star of the domestic car market. We are talking about the new crossover Hyundai Creta, which is based on a sedan Hyundai Solari. This crossover from the beginning was to motorists to taste. A car for a short period of time seriously pressed the popular SUV Renault Duster, taking away just a few months of decent market share.

And even rumors that the crossover has problems with the paint coating, did not stop the Russian buyers, which went like hot cakes, to buy a Korean car. If you take the sale in June, Creta Hyundai took fifth place in the sales statistics. However, despite this, compared with June last year, the Koreans are still recorded sales growth.

Who said that German car brands are missing on the Russian market? Here is an example that people’s love for the German car industry will not go away. VW Polo is always in demand in the domestic market, was up first 6 months of the year in the TOP 10 bestselling car market of Russia.

So, during this period, it sold 26 966 new cars. It is noteworthy that at the end of June, this model also took sixth place in the sales statistics. 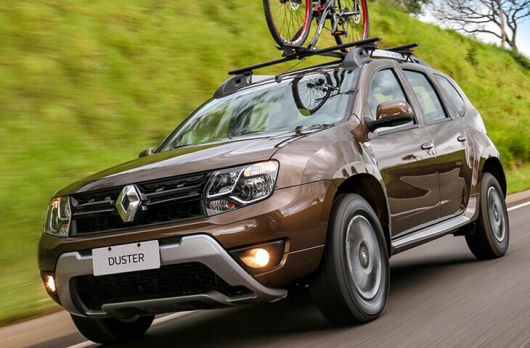 Despite the tough competition on the Russian market among affordable compact crossovers and SUVs, sales of the popular Renault Duster are still at a decent level. Although it is worth noting that the French SUV has lost significant market share.

Largely contributed Korean crossover Hyundai Grand and Patriotic chest X-ray. However, Renault can’t complain. Renault Duster continues to buy. Moreover, this car set a record on the duration spent in the Top of sales in the Russian market. 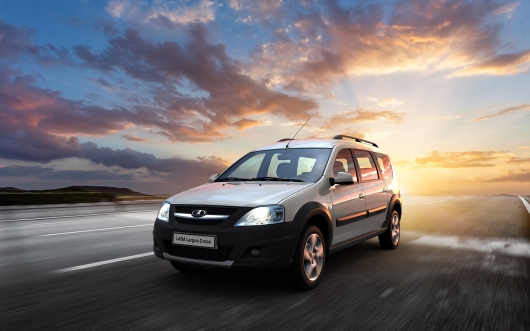 Feels good another bestseller of AVTOVAZ is the model Lada Largus, which from the beginning was to the taste of Russian motorists. So, at the end of the first half, the company AVTOVAZ managed to sell 20 of 989 vehicles, 7 car 302 more than last year during the same time period. At the end of June, this model also took in the sales statistics of the 8-th line – 3 846 were sold cars (+610). 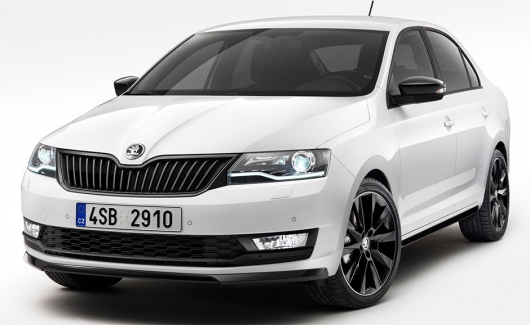 Gaining popularity in Russia and the Škoda Rapid, which managed within a short period from 13th place in the ranking of sales (last year) to rise this year on the 9-th line, entering the TOP 10 best selling new cars in the first 6 months of 2018.

Also good sales of this car have been recorded in June this year – the 11th place in the ranking. For comparison: last year in June, this model took only 15-th place in the sales statistics. 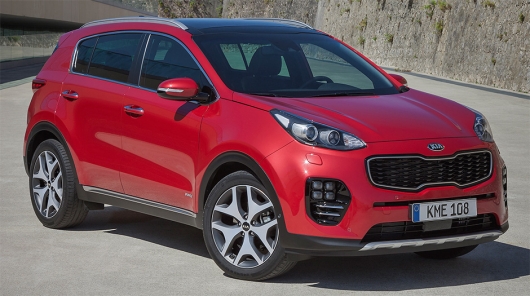 TOP 10 best sellers of the Russian market is familiar to all Korean crossover Kia Sportage, which, though lost in recent years, its market share under the pressure of competition in this segment, but nevertheless remains good and stable growth trend.

So, at the end of the first half of this year, Kia managed to sell 16 660 cars. Compared with last same period with growing sales of the Koreans managed to sell more than 3 860 car