The best Toyota cars ever created 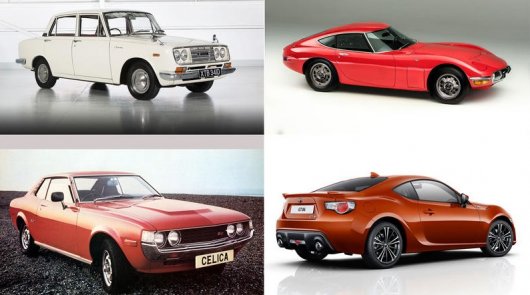 Recall that in 2017, Toyota celebrated its 80th anniversary. The cars of this brand are currently the best selling in the world, and the brand Toyota is a global leader throughout the automotive industry. What is the secret to Japanese car companies? This question sorry, to answer definitely not. Of course the secret lies in the products of this brand. Over the years, the Japanese company has been released a lot of stunning cars, some of which have become bestsellers. We offer you a selection of the best cars Toyota, which each for themselves will find the answer to the question of why the Toyota cars for a long time best of all sold worldwide.

With what started the history of Toyota? Recall that in 1924 Sakichi Toyoda invented an automatic loom and established a company called “the Toyoda Automatic Loom Works”. Thanks to innovative for the time invention, the company began a good profit.

In 1929, Sakichi Toyoda sold the patent for the loom. It was necessary for the funding of a new unit for the production of cars and trucks that created the eldest son Sakichi Toyoda.

After receiving the money Sakichi Toyoda focused on the creation of the first machines. But the first prototypes were shown only in 1935. In 1936 appeared the first production model.

Since then, the Japanese company produces automotive products, which eventually became the most sold in the world today. For example, since inception, Toyota has made 250 000 000 cars. From a historical perspective, Toyota is today the second automotive brand for the aggregate volume of production in the history of the automotive industry. During its 80-year history of the company Toyota has released a few separate car brands (such as Lexus and Scion now defunct).

Today Toyota is also the world’s largest manufacturer of hybrid cars. In addition, Toyota has earned a reputation for reliable and quality cars. Including the Japanese brand was able so to optimize your production that the ratio of price and quality in the new Toyota cars are one of the best in the world. Perhaps this is the main secret of the success of the Japanese car brand. 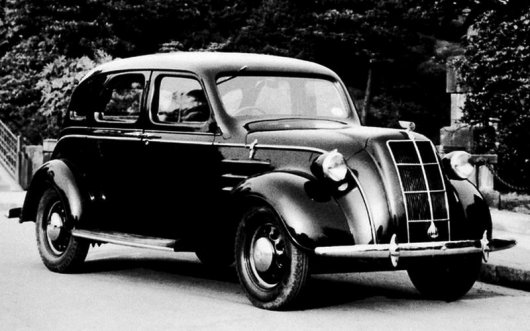 First Japanese car was the Toyota AA model first presented in 1936. The machine was equipped with a 3.4-liter six-cylinder engine. The debut of the car was held at the exhibition in Tokyo. Along with this model was a version in the back of a convertible, which had the letter designation “AB”.

It was a success even before the start of production. The car is not only the audience liked it, but liked the government of Japan, which decided to allocate money for the development of production of Toyoda Automatic Loom Works. This has led to the emergence of the brand Toyota and the construction of the first factories of the company. 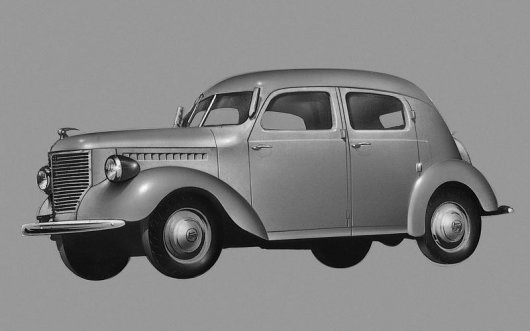 In 1939 came the second model of the Toyota AE. While the design of the Toyota AA was based on the Chrysler Airflow, Toyota AE design was inspired by the Volvo PV60. Toyota AE was equipped with a four-cylinder engine producing 45 HP 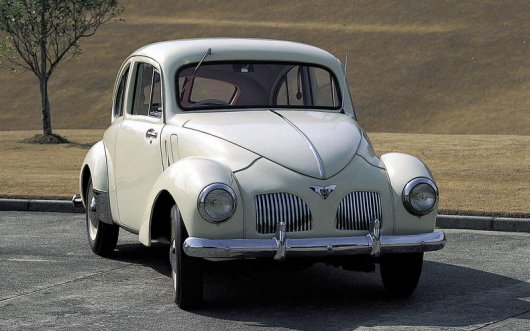 Until the mid 1960-ies on most world markets Toyota sold their machines under the brand name Toyopet. The first postwar car of the Japanese company was Toyota SA, which was equipped with a four-cylinder engine. In all there were 215 cars. But despite the small series, this model has become a template for future small car small Toyota, which in the future was produced in large quantity. 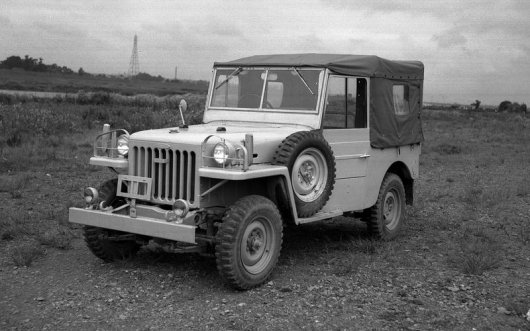 In 1953, appears on the market the Toyota BJ, who a year later was renamed the Land Cruiser. This was done in response to a SUV produced by Land Rover.

In 1955, Toyota introduced the second generation of Land Cruiser. Today we recall the Land Cruiser is one of the most popular reliable SUVs in the world. By the way, the machine is released today for the ninth generation. 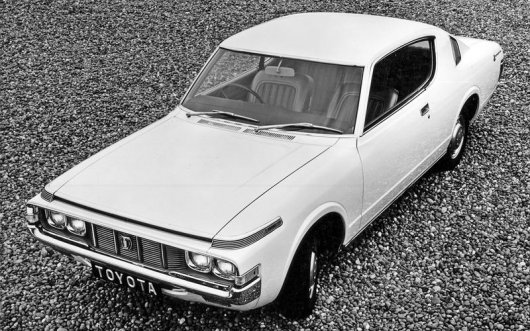 Toyota Crown is Toyota important. The fact that this model was the first which began to be sold in the U.S. market. Initially the car was sold in the USA under the brand name Toyopet.

The first version of the Toyota Crown was equipped with 1.4-liter engines. In 1960 the car received a 1.8-liter powertrain.

Today this model is still commercially available in its 14th generation. For collectors, the most valuable car of the 4th generation, which were issued from 1971 to 1974 (photo). 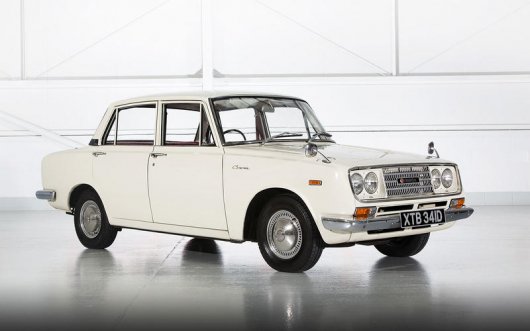 In 1957 appeared on the market, the first Toyota Corona is a small family car that paved the way for the most popular in the history of the Corolla.

Toyota Corona was the first Japanese car which started to be shipped to Europe. Including the UK. Toyota Corona has had 11 generations and was produced till 2001. However, in recent years, production cars were supplied only to the domestic market of Japan. 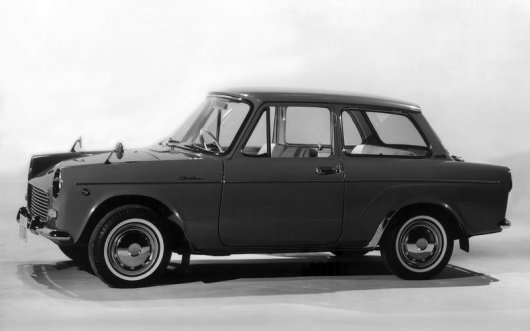 Already in 1954, the Toyota began to develop a new economical car for the domestic market. But this model appeared on the market only in 1961. It was the Toyota Publica. This machine has a two-cylinder engine with air cooling.

In 1962, Toyota decided to start exporting to world markets. True for export vehicles already equipped with a 1.0-litre motors. 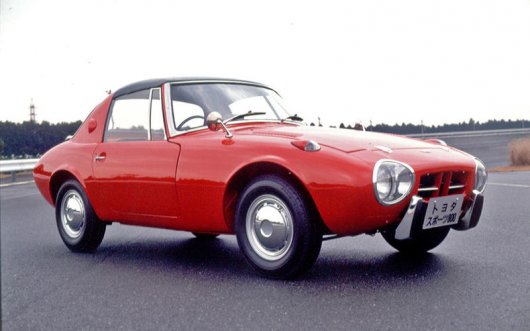 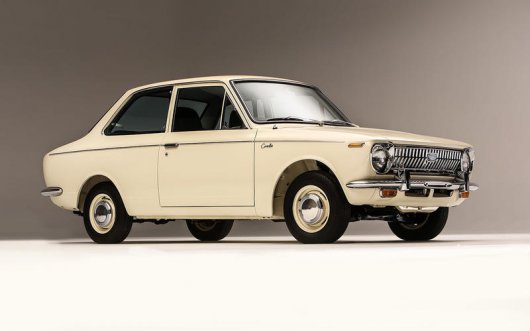 There is probably no car owners who would not know or have not heard about the Toyota Corolla. This model first came to market in 1966 and is still produced in its 11th generation!!!

Do you know any other model for so long produced on the market in different generations?

A 51-year Toyota produced more than 40 000 000 “Koroll”. The most interesting is that the popularity of this model is still not falling. This best selling Japanese car company in our time. 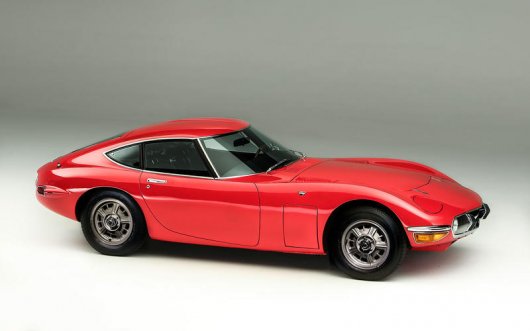 The most valuable for collectors will always be the 2000 GT, which was first shown in 1965. Serial production of sports car began in 1967. Recall, someone does not remember or does not know. This model starred in the film about James bond “you only Live twice”. But despite shooting a car in those years did not become popular. The car was very expensive. In all there were 351 pieces. that is why this model today is of great value to collectors from around the world.

Sports car was equipped with a 150-horsepower engine. This was enough to accelerate to 217 km/h. 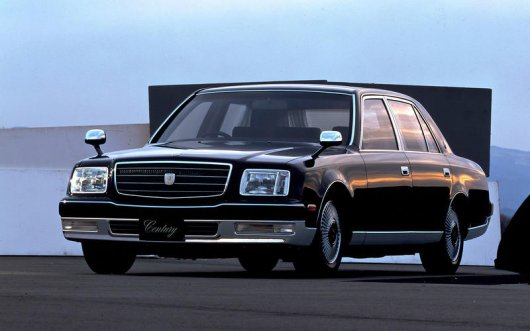 In 1997 appeared on the market a completely new Century, similar to the original with a 5.0-liter V12 engine. The car was created mainly for the domestic market. In Japan, this machine is the same level as the Lexus LS. 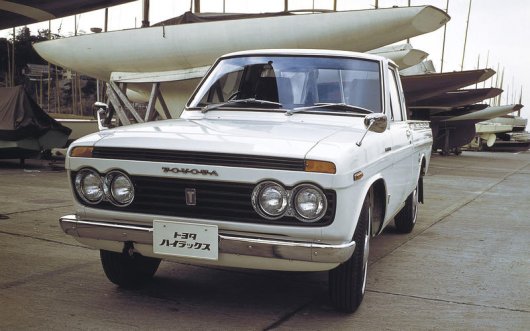 In 2018, the Toyota Hi-Lux will celebrate its fiftieth anniversary. The fact that the pickup-SUV is still available in its 8th generation. The secret of popularity of reliability and patency. This car has become indispensable for those who do not like asphalt roads or who live in regions where the asphalt roads you see on TV. 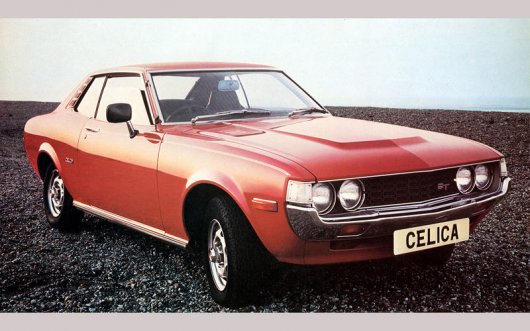 If you look closely, Toyota Celica 1970, you will notice a resemblance to the Ford Mustang. Apparently, the designers, the Celica was inspired by the design and style of the American sports car.

But despite the obvious imitation, Toyota was able to prove that you know how to make cars not worse in terms of functionality. 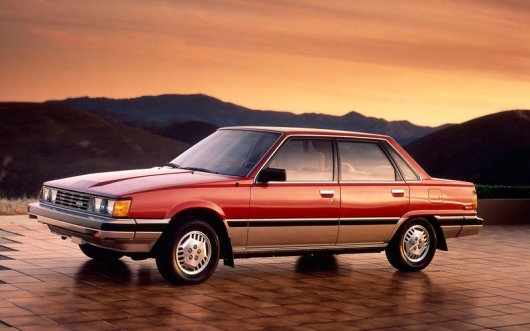 The Camry sedan has long been the best-selling not only in the North American market. This model from the beginning are in demand in many markets. Recall that due to the harsh conditions of import of cars in USA, Toyota opened the mass production of the Toyota Camry in 1988 in Kentucky, in Georgetown, USA. Naturally, this led to lower selling prices. This triggered an avalanche of demand for sedans in the USA. In the end, from 1997 to 2016 Toyota Camry was the bestselling car in America.

The secret of popularity of the sedan in its reliability and cost. This situation is sought by many global automotive companies. But on a ratio the price/quality/reliability Toyota no one was able to get around. 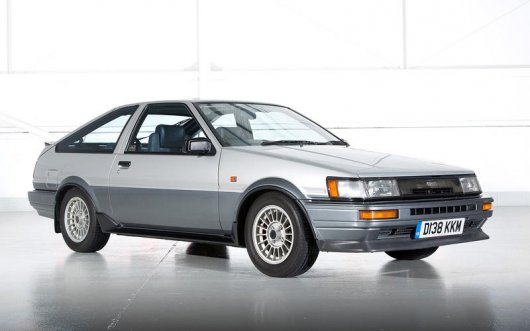 Toyota Corolla AE86 also sold under the name Corolla GT. It trehdverka coupe with rear wheel drive equipped with a 1.6-liter engine, which was installed in the MR2. 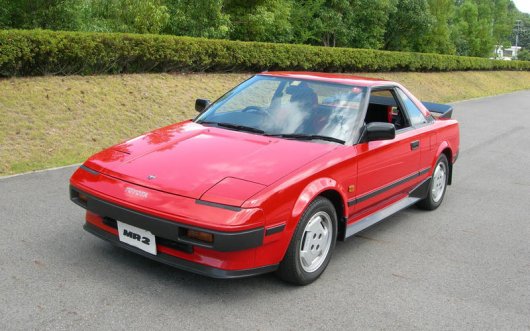 When in 1984 the Toyota launched its two-step double-seat “mortar”, it was a breath of fresh air for fans of affordable sports cars. Yes, the market was rivals cars like the Honda CR-X, Mazda RX-7 and even a Caterham Seven, but the Toyota MR2 is considered by many experts superior to competitors in all respects. 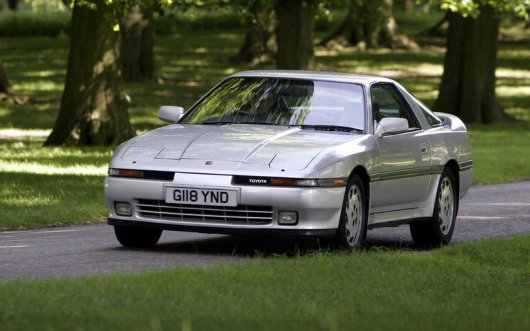 In 1986, the market was withdrawn, the legendary sports model of the Toyota Supra power 201 HP unfortunately the serial production of the sports car ceased in 2002. The last model had a capacity of 320 HP It allowed the car from 0-100 km/h accelerate for 5 seconds.

Fans of this model still await the long-awaited revival of the sports car, which is currently being developed by Toyota together with BMW. 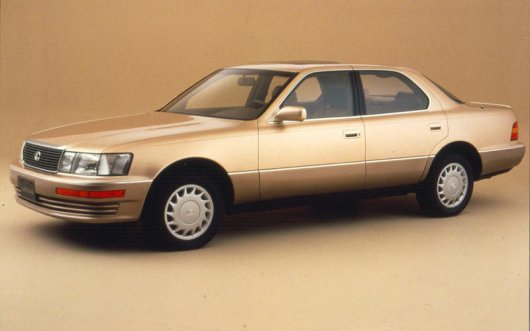 In 1983, the head of Toyota Aydzhi Toyoda (a cousin of the founder of Toyota) has urged his team to create a luxury car that could compete with the world’s best premium vehicles. As a result, in 1989 was born the model of the Lexus LS400.

Of course, first and foremost, this machine was shipped to the U.S. market, where it became a bestseller among all imported to America cars.

Today, the Lexus cars are still popular in the United States. 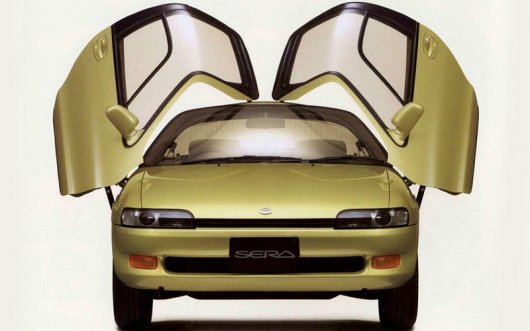 This model was originally produced only for the domestic market. But then began to be exported to other markets. By the way, this machine is at an early stage was seen as a concept under the name of the AXV-II (Toyota always knew how to choose names for their concept cars).

In the end, based on the concept appeared Toyota Sera, which entered the market in 1990 and was produced until 1995. 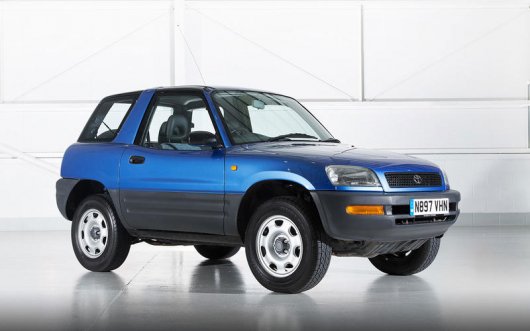 Many auto experts believe that Toyota Rav4 was the first modern crossover / SUV (as you wish) of new breeds of now popular cars. It is noteworthy that when this model first appeared on the world market, many did not pay attention to it, as it is not considered something revolutionary. The most interesting is that when the Rav4 was compared with the Suzuki Vitara or similar SUVs, the Rav4 was constantly criticized. But in the end the market will put everything in places. Where is the classic Suzuki Vitara? Where is Toyota Rav4? You feel the difference.

Toyota in this example has proven that it can practically nothing to create a market. 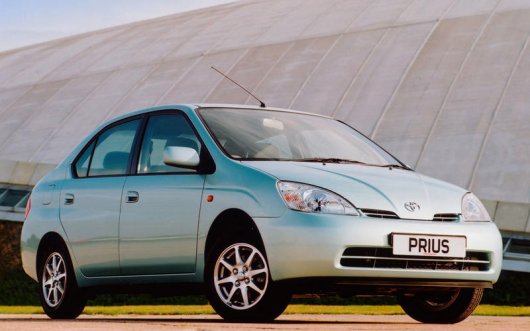 Probably the first model of the Toyota Prius looked very scared and not confident. But despite this, the world should thank the Japanese brand for the actual creation of the world market of hybrid cars. No joke, Toyota has already sold more than 10 000 000 hybrids worldwide.

And it’s a given that the Prius started to sell only in 1997. And then at first only in the domestic market. In the US and the UK hybrid Toyota appeared only in 2000. 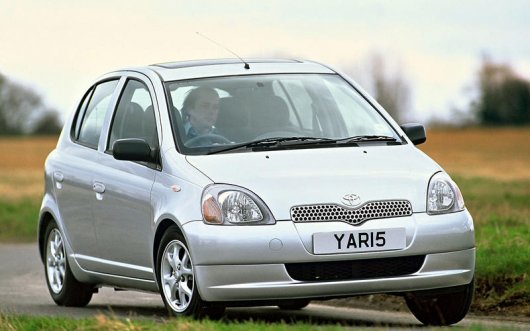 Mini Toyota Yaris arrived on the market in 1999. 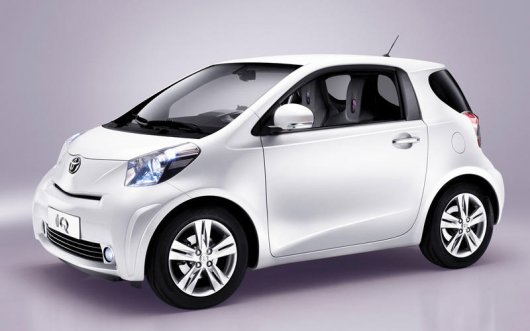 It was assumed that the IQ will revolutionize the automobile market of city cars. But the high cost is not allowed to sell innovative car. But despite this the Toyota iQ was impressive innovative car.

In 2011, the model received a strange offshoot in the form of the Aston Martin Cygnet. Under this name the car was sold in Europe. The cost of the machine was 48 000 dollars. Production continued for 2 years. 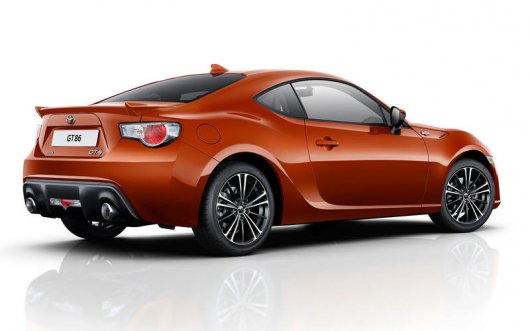 Toyota by 2012, a long time did not produced a car for fans of sports cars and tuning. That’s why, when the market came the Toyota 86, it has become very desirable among the youth and fans of sports cars. The machine was equipped with a 2.0-liter four-cylinder turbo engine, 200 HP