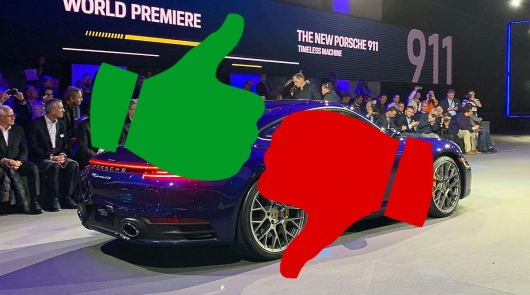 Like the car or don’t like, it’s all a matter of taste. For someone riding enjoyment can be the contours of an old “Humpback” Zaporozhets model “965”, and someone demanding taste will not be able to satisfy even the latest development of Audi e-Tron GT. But to ignore such an interesting question, as the consideration of the most top models and their antipodes with LA Auto Show, it would be unwise. Therefore start the comparison.

Disclaimer
The opinion of the author may not coincide with yours. This is just a subjective judgment, not claimed to be true.

So, it’s time to do an important job – to pick to pieces the most remarkable events of the outbreak of the dealership who seemed worthy of our attention. Here, for example, a new truck from Jeep. How to treat it? How to breakthrough in the clan FCA or outright failure? And this unusual from all sides, electric pickup truck from a little-known Russian American company “Rivian”? Looks great externally, but whether he will be a real workhorse for farmers, and not just another toy for the rich like Tesla? You can fall in love sporty style at all not a sports sedan Toyota Camry and hate how Volvo and GM are preparing for the future… well, let us think. Perhaps it will be quite interesting.

Failure: what are you doing, GM?! 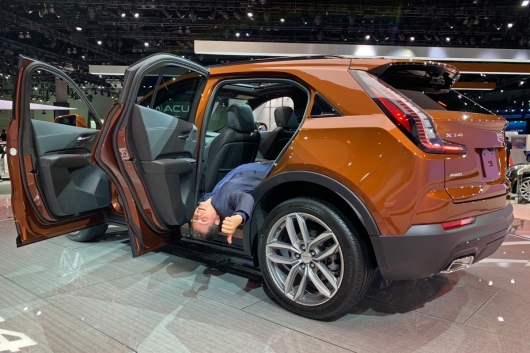 Photos taken from the site autobild.de

The largest automobile Corporation by merging of States, which includes the largest American and even Australian brands (e.g. Holden) was presented at the motor show only one new. The show has brought only one new crossover Cadillac XT4. All! And we definitely consider it a failure!

How could the once-premium brand, which in former times was something of a Mercedes from the US to sink to that from the home dealership to bring only one new model? Moreover, we already saw her at the new York auto show this spring. Late with normal innovations in recent times, this slick Cadillac. 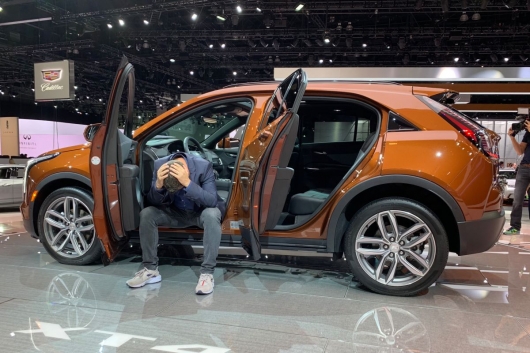 On top of the recent news from GM about the closure of several factories in 2019, the car struck the public like lightning. It is hoped that the brand will not sink into oblivion and will be able to reach the planned reorientation of production with a view to the production of Autonomous and electric models in the future.

Top: Rivian R1S – the big breakthrough at the auto show 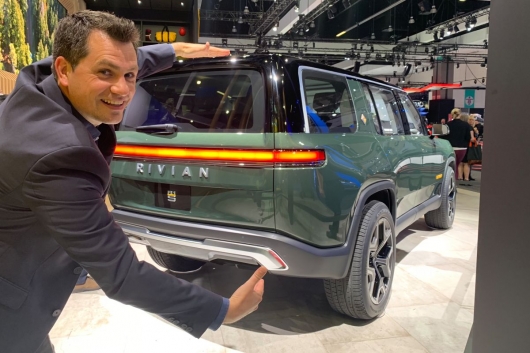 This SUV is vaguely similar to Land Rover Discovery, English is clearly superior to mastodon. 7 seater “square” got a clean, unencumbered design, and boldly looks to the future. 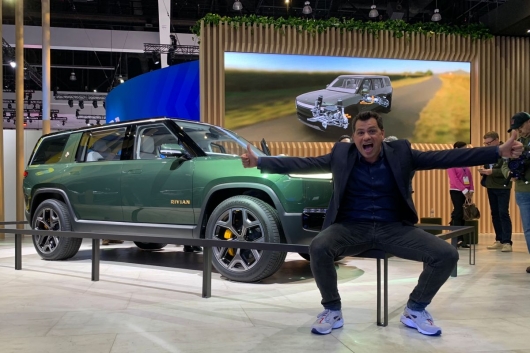 In the bottom of the electric vehicle is hidden technology that promises not only the distance up to 640 miles on a single charge, but the performance of a sports car from 0 to 100 km/h in just three seconds. Who pay 1,000 dollars to get the car in 2020 at a discount of $4.000 (the initial price tag of the SUV will be $69.000), including all discounts for the preservation of the environment from the U.S. government. Here, we understand this is a marketing move and really advanced technology. Only one question: will the new utilitarian all-terrain vehicle or will it remain a toy for the rich? Leaning toward the latter. 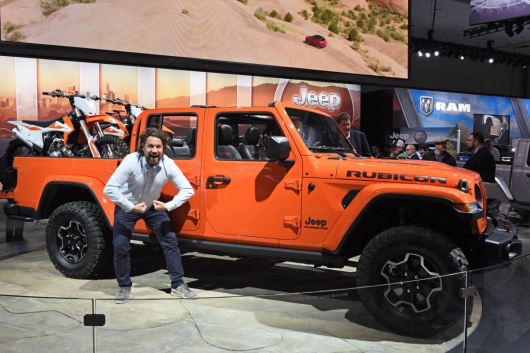 If you look at the Jeep Gladiator, on the one hand, it may seem that all of the brand perfectly. It seeks to reach a new level, expand horizons and all that. Especially someone quite like profile from the back “trough” of open space. 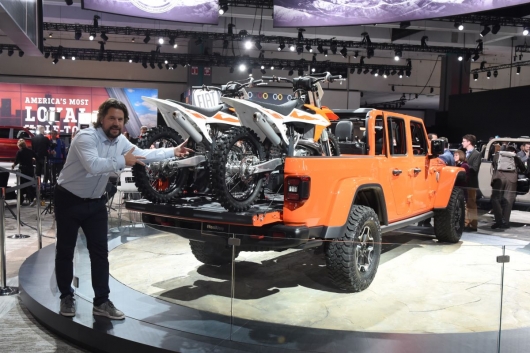 Gladiator looks like a Wrangler with the attached trailer, one can see that the test does not scare me. Under the tall hood of 285 HP and a V6 3.6-liter, all-wheel drive and the ability to tow a 3.5 tonne trailer. All this gives him a head start before the Wrangler, but in the trunk you can load up to 725 kilograms of payload. If necessary he even will pass Ford to a depth of 76 centimeters.

In General, the Gladiator is an extremely versatile workhorse, which is also the roof is removed.

But there is another view:

1. Jeep climbs to the birthplace of Ford and Chevrolet, which for more than half a century the dog ate in the development of great pickups and not least their all-wheel drive versions for off-road use. Will not be broken if the teeth have a “Jeep”?

2. In profile, the truck looks cheap like him hastily welded the trunk and called a new name… it Turns out some “Vrungel” – the imaginary customer care, and in fact did quickly cheap model from scrap materials, to make money out of thin air. 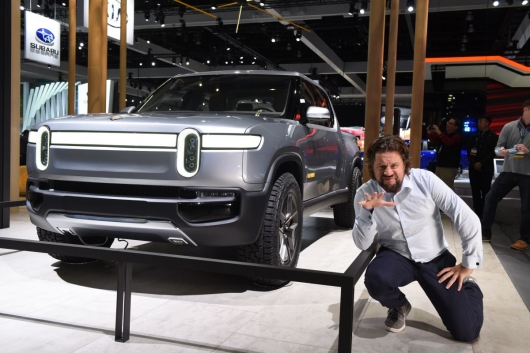 On the one hand, I think electric cars are a good idea for countries with a warm climate, on the other hand, I like the category “off-road pickups”. But to combine these two ingredients in one. Do you know why? The SUV needs to make noise and growl as its six-cylinder engine, and best V8, grating plate on the rocks. And what noise will produce this electric model? The squeak? No, such a future we do not need! 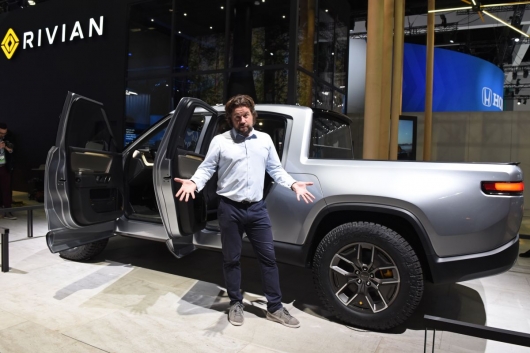 While his performance on paper is quite robust: 14 000 Newton metres at the wheels, 760 horsepower and a 5 ton tow to boot, not to mention the qualities the sprint from 0 to 100 km/h in three seconds! But maybe this truck is better to ride on the track? 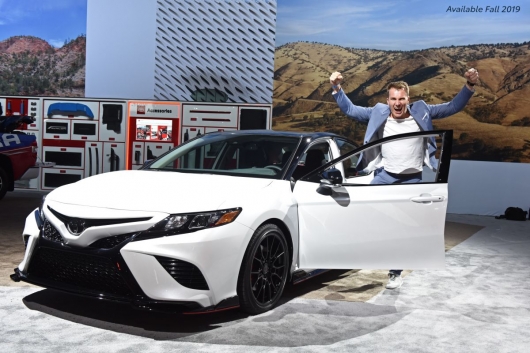 Camry is a bestseller in the US, but in this country it is a family model. Perhaps now the attitude will change with the version of the TRD, which transforms the Camry into a “pepper” sports sedan. Look nice. For attempting to rig the cards Toyota put a plus sign! 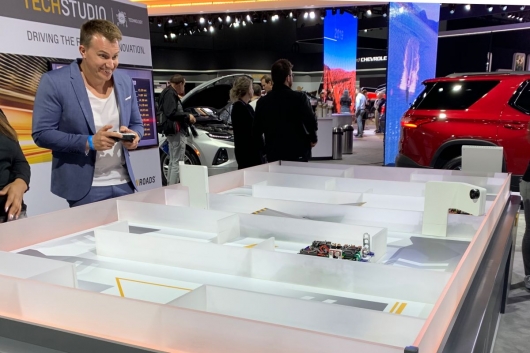 As we have said, GM plans to close five factories in the United States. This of course causes confusion. On the Chevrolet stand you can see one of reasons of economy: in the future GM wants to invest more in electric mobility and Autonomous driving. On the one hand, in the future you need to invest, but whether to do it as frighteningly clumsy? Maybe GM is not so smooth as they want to present it to the public? 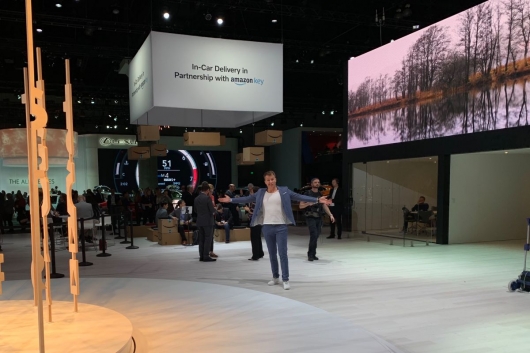 Well, Volvo was disappointing for another reason too boring to stand. No cars, only projects for future collaboration with Google and Amazon. It is, of course, also important, but at the auto show I would like to see the cars…

Top: the concept of the Audi e-tron GT 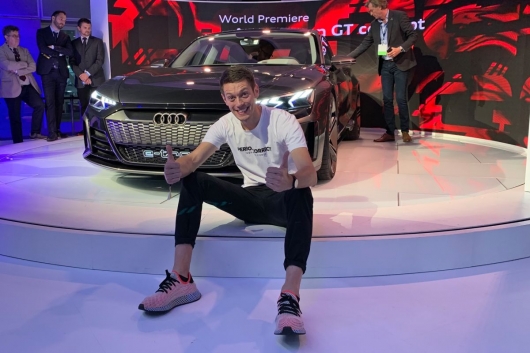 Tough choice. Which is better: the mass electrification of vehicles through the introduction of affordable electric vehicles type Kia Soul or the electric luxury from top brand premium? The choice fell on the Audi e-Tron GT. He just looks too good. And in the end he is also electric. With a capacity of 590 HP and a range of 400 km it needs to go into production by the end of 2020. And please, please, no changes! 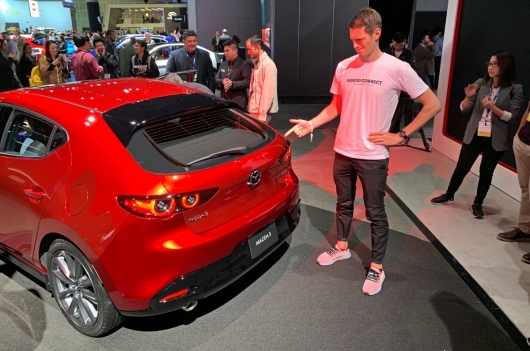 We have always loved the design of the Mazda3, well, perhaps, but a second generation model, which was similar to a frog. A new “Troika” of the fourth generation so generally broke all sorts of stereotypes, in a good way, of course. Great sporty silhouette, sharp muzzle and a luxury interior. But what happened to the stern? This spheroid trunk, we just do not call “dynamic”. 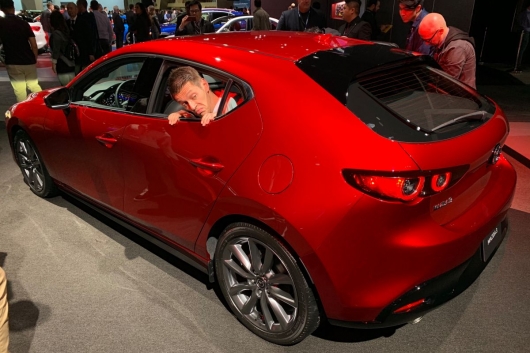 Well, that was our opinion. Waiting for your comments. What do you disagree with? Maybe I would like to add your own examples elegant or disastrous events at the LA Auto Show in 2018? Hear all!