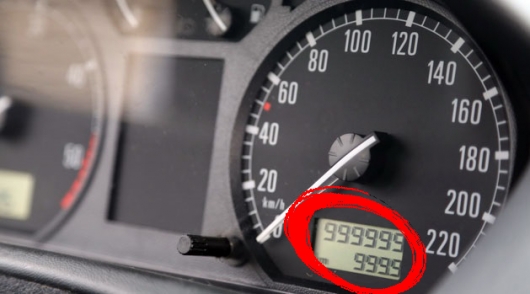 Over the past year in an environment automotive media, there has been a trend to search for cars with high mileage. Everyone is looking for record on the odometer and write about this news. Tell in paints about how once autofil serving their “swallow” from an authorized dealer (mainly this is highlighted in such material) and pouring an exceptionally famous brand engine oil (this is mentioned less frequently), passing 1, 1.5, 2, 3 or more million kilometers.

The direction was set to a known promoter of humane treatment technique – a motorist from the United States, IRV Gordon. His old Volvo P1800 passed with the 60-ies of XX century more than 5 million kilometers. In 2013 the record was even recorded in the Guinness Book of records. But this man not only got the glory (alas, IRV passed away this fall: the deaths of IRV Gordon, the man who ran on his Volvo P1800 more than 5 million kilometers), but also the generous sponsorship of the Swedish automaker. In the garage of American absolutely for free there are several cars, including the coupe was a Bertone 780, C70 and the new crossover XC60.

Strange to say, but after 2013 information about this kind of unique began to appear in the news feed much more regularly. Some of the stories sounded plausible, but others, in contrast, caused a certain distrust. For example, two of the most recent news on the topic of the most enduring vehicles. The first tells us about the Hyundai Elantra for five years traveling in the United States 1.6 million kilometers. The second story we learned from motor.ru it tells about the Lexus LX 470, which for twelve years has cheat 999.999 km.

I. In the first case, the Korean sedan wrapped around 1 million miles (1.6 million kilometres) in just five years. Simple calculations show that a day at five-day working week, the car was used as a forwarding, Korean they were to pass for 1,200 km! Assuming that the car was driven daily, then the mileage without weekends and holidays should be about 888 km or 26 thousand per month!

You say, what’s so strange about that, well it’s a working car. But the fact that the owner of the car has one and it is a personal machine, which she uses for their operational needs.

Video “iron lady” and her not less strong car appeared on the official website HyundaiUSA:

1. Whether it’s a PR from Hyundai? Someone from the independent companies was running a diagnostic on the car and confirmed the mileage?

2. Not try whether is the owner of the Nadur Hyundai? We are of course aware that the twisting run in the United States and to sit behind bars, but people are also different. Some people just badly need attention. Plus, if you’re lucky, you and a new car from the manufacturer to receive a gift. Yeah, such as the promotion of the brand happens in the US. Additional infopovod.

3. And finally, the most important question. All real man for five years, five days a week run for 1,200 km? But if vacation or illness? She alone drove 1 million miles?! But this is literally emphasized in the description under the video on off. Channel Haeundae.

II. The second story is “our beds”, and it believe much more. As writes the edition motor.ru in Russia was discovered a Lexus SUV model LX470, which was acquired by one of the capital’s firms in 2006. For 12 years the prestigious Lexus wrapped 999.999 km. it is Reported that the car was daily driven by 200-500 km. 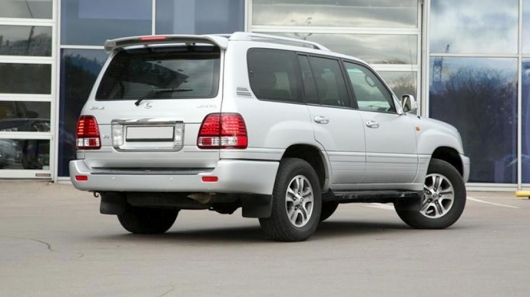 During the operation there was a slight damage, and the engine and transmission do not climb, except for the replacement of consumables.

And these stories – dozens. And many of them are very surreal and incredible. Do not claim that the information about the vehicles and their owners as in the first example is fake, but is it possible to believe in it? What do you think?