Autumn and winter refuel full tank. You can avoid trouble

That’s why winter is better to fill the fuel tank full. 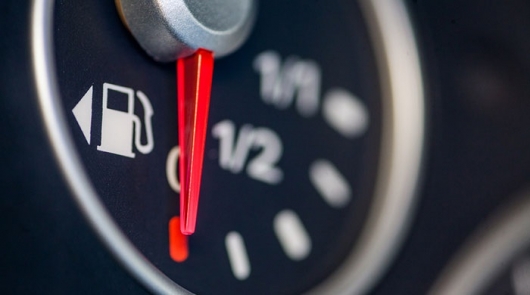 Autumn and winter require drivers to change their driving style, which they could afford in the summer. Unfortunately, not every driver knows that in autumn and winter, you need another way to fill the car, the car engine will thank you.

In the autumn we are often faced with the cuttin temperature (from plus to minus and Vice versa). Naturally, this leads to the formation of large moisture in the air that settles on the car. In the winter, when you install a subzero temperature, moisture on the glass, of course, freezes. But when we warmed up the car, it reappears on the glass. While the moisture appears not only on the glass.

Unfortunately, the interior of the car is not a compartment of the submarine, where the water can’t get in due to the tightness of the vessel. The vehicle moisture gets also easy, creating it high humidity. Especially when it snowed, which is dragged to the salon with our shoes.

That’s why autumn and winter car glass covered with water on two sides. In this case, we begin to deal with it, including the stove, the air conditioning to dry the air and remove excess water from the outer side using a special rubber brush. During the movement to remove the water on the outside of the windshield wipers to help us. Through these actions, our driving is not going to be like a trip to the aquarium.

But the glass and interior of the car is not the only place where there may be water. For example, moisture can get into any metal components of the car, creating the risk of corrosion. But that’s not all.

“Did you know that water can be harmful for your car engine? – says Renat Dzhabrailov, senior mechanic, technical center Toyota, Tatarstan. The danger occurs if the fuel supply system (filters, fuel pump) flows water into the injector of the engine. In this case, there exists a real risk of water getting into the engine, which also is fraught with problems of corrosion. To minimize the risk is to fill the car on a full tank”. 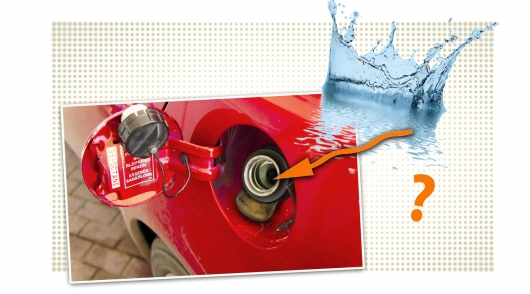 Filling to the maximum means that the fuel tank less air. Consequently, there is also less water vapor, from which water can condense. Unfortunately, many drivers rarely fill up a full tank because of limited financial resources. Although the permutation sum is not changed. You must agree, no matter once you pour 40 liters of fuel or flooded four times 10 liters, you still spend the same money. But to fill them up is not only advantageous because you reduce the amount of moisture in the tank.

The more you pour the fuel, the less will come at the gas station, which should be more accessible. Accordingly, if the gas station is not near your home or on the way to work, you will save fuel.

Yes, of course, driving with a small amount of fuel in the tank is also a bit economical than with a full tank. The more we poured in the tank, the more was to weigh the car. And we know that weight is the main cause of the total fuel consumption of the vehicle. So pouring a little fuel in the tank, we get rid of dozens of extra pounds. But not so simple. 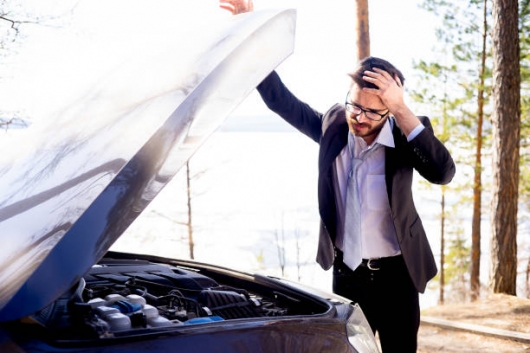 In addition to falling into an empty tank of excess air that contains a lot of moisture, we run the risk of significantly reduced service life of the fuel pump. The fact that at the bottom of the fuel tank during operation of the vehicle to accumulate the sediment from the dirty fuel and water, which is heavier than fuel. In this case, if we often drive on an empty tank (with a small amount of fuel), are undesirable components that have settled to the bottom of the tank will enter the fuel pump. But the worst thing is that these components can get into the engine, causing the fuel injection system can be damaged.

Experts suggest the fall and winter to fill my car once the fuel becomes less than half of the tank. At the junction of autumn and winter owners of diesel cars need more frequent visits to the gas station. After all, at this time, the pump starts to make winter diesel. If you fill a full tank of diesel in your truck, the risk that the weather will play a cruel joke with you when the temperature drastically can go from plus to minus. In this case, your tank full of summer diesel fuel may freeze.