12 single-ended models, which broke the templates 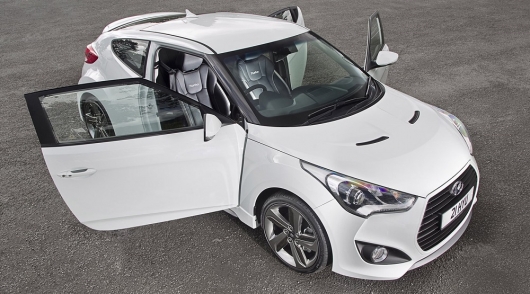 Like any work of art, the design of the car is usually based on harmony. And the end result of this symmetry, as a rule, leads to eye-catching attractive appearance. But if symmetry is the basis, which is 99.9 percent of the cars in the world, what about the other 0.1 percent?

In the “zero-one” included the asymmetric car – strange sacrifices of design of experiments. We chose 12 of the most interesting models as production vehicles and concepts. Some, such as the Hyundai Veloster or the Mini Clubman, sometimes occur on our streets and roads. About the other you probably hardly knew until today.

But they all have something in common: they are extremely non-standard! 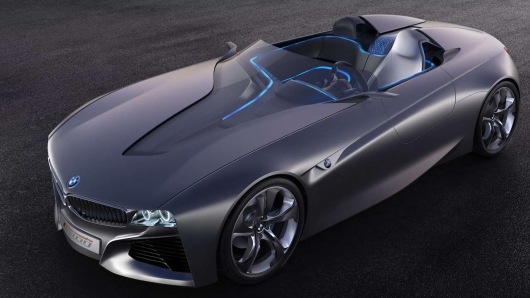 BMW Vision ConnectedDrive was the prototype presented at the Geneva motor show in 2011. It was assembled the latest technology, which in the future will appear on the models of the brand. Thanks to the efforts of Giuliana Blasi had electric propulsion.

Where’s the asymmetry? It is clearly visible on the hood. 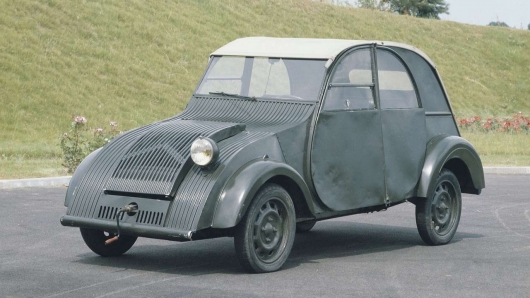 At the stage of prototype, in the second half of the 1930-ies, the Citroen 2CV was clearly asymmetrical car. Undoubtedly, this prototype was the prelude to the model that would later become one of the most famous cars in the world (represented at the Paris exhibition in 1948).

Where’s the asymmetry? Something as simple as a light bulb. The prototype had only one light (driver side). Apparently, this was the minimum with which the French authorities could allow the vehicle to travel on the roads. 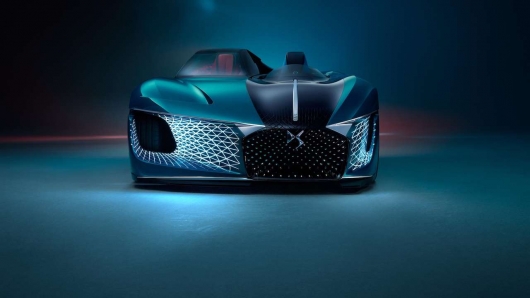 Conceived as a concept car, the forerunner of the sports car 2035 DS E X-Tense is equipped with two electric motors and can provide a maximum combined power of up to 1.360 HP.

Where’s the asymmetry? In this case it’s simple: just look at the front of the… 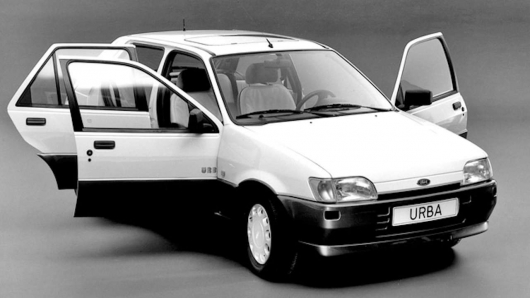 Presented at the Geneva exhibition in 1989, the Ford Fiesta Urba concept showed the design that popularized the Hyundai Veloster and Mini Clubman decades later. However, in contrast to the Veloster and Clubman this Ford has never been produced commercially.

Where’s the asymmetry? Driver side was only one door and two passenger side. 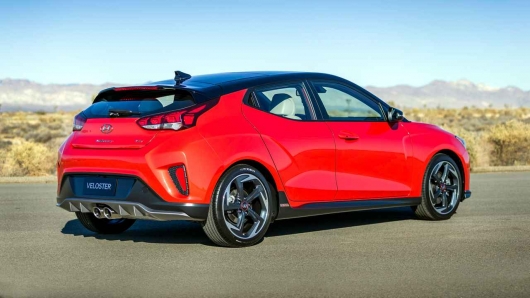 Sold with 2011. This kind of compact trehdverka coupe or five-door hatchback with a length of 4.2 meters and a choice of two petrol engines not the biggest power: 1.6 GDI with a power of 140 horsepower and a 1.6 TDGI power 186 HP At the last Detroit show, Hyundai introduced the second generation.

Where’s the asymmetry? In the scheme of doors – one on the driver side and two on the passenger side. A good example of how the conceptual idea becomes a reality. 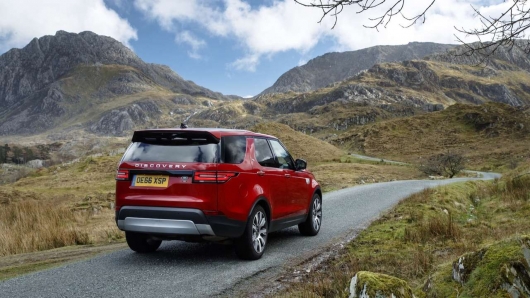 Land Rover Discovery currently is one of the most popular and long-running models in the traditional line of land Rover.

Where’s the asymmetry? On the tailgate, in the center of the plate. A characteristic feature, which can already be seen on the Discovery 3 and 4. 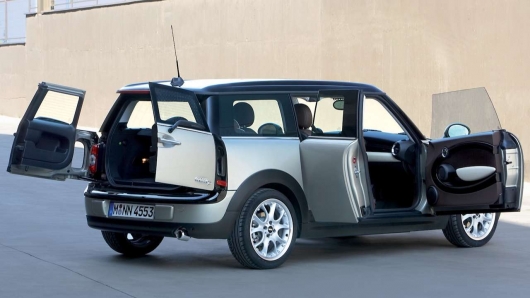 The first “Clubman” “new” Mini is one of the examples of the Golden age of the brand, where there was a place every insane idea. In that case, if you do not remember: even John Cooper developed a version of the model at 211 horsepower.

Where’s the asymmetry? On the right side, in the form of small doors with reverse opening, facilitating access to the rear seats. 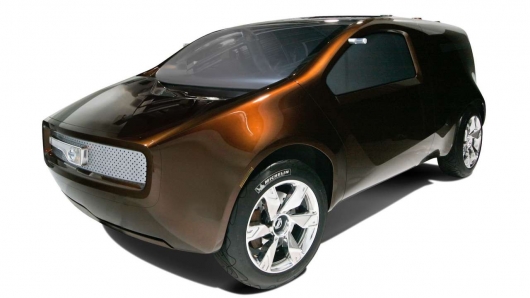 Without a doubt, this is not the most successful design work, Nissan. But it is quite asymmetric in order to be included in our list. For the first time the crossover has appeared at the Detroit show in 2007.

Where’s the asymmetry? In addition to having a large door on the driver side and two on the passenger side, front grille, front bumper and the rear door was not symmetrical. 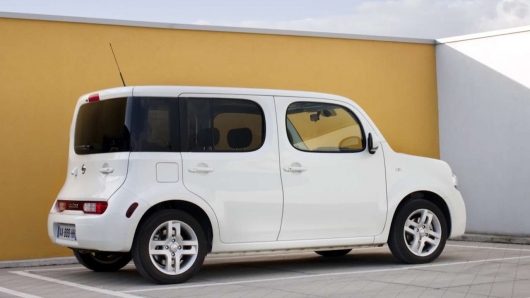 If we talk about design, the Nissan Cube is one of the most unusual models in the last decade. Yes, actually it has been 10 years since began selling this “cube”, but today it still looks too futuristic.

Where’s the asymmetry? Mostly in the trunk, glazed surface which extends to the right side, without the rear rack that crosses her path. 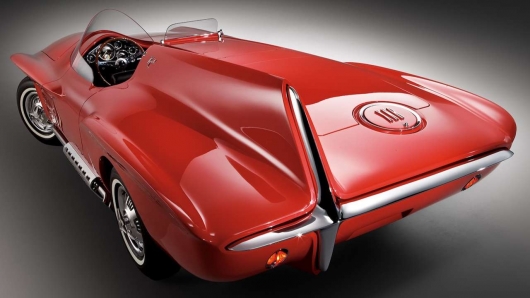 Presented in 1960, this prototype was born with a clear goal: to challenge the Chevrolet Corvette. And he could achieve this because he had a engine capacity of 250 horsepower, the maximum speed was around 250 km/h and the model had a strange, but attractive design of the Italian design and body Studio “Carrozzeria Ghia”.

After walking on the hands concept car was sold at auction in Monterey in 2012, almost a million dollars.

Where’s the asymmetry? Look back and you will see. 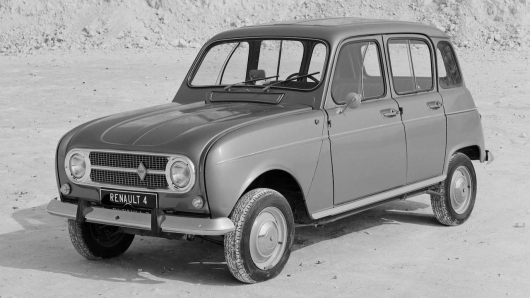 The Renault 4 is one of the most famous models in the history of the French brand. Of course, you ask, why is she in this list? Where is the asymmetry? If you are trying to find asymmetrical parts on the body, you are looking in the wrong place.

Where’s the asymmetry? In the chassis. Renault 4 has a different wheelbase, so one rear wheel is behind the other. All to simplify the scheme of the suspension. 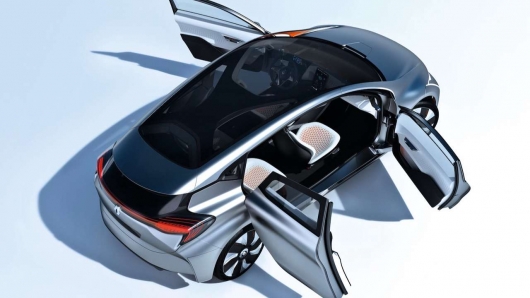 Renault Eolab – a prototype hybrid plug-in installation. It was submitted a few days before the Paris exhibition of 2014, but never reached production.

Where’s the asymmetry? As you can see in the pictures, the secret lies in the doorway. Again, they are two passengers and one driver’s side.