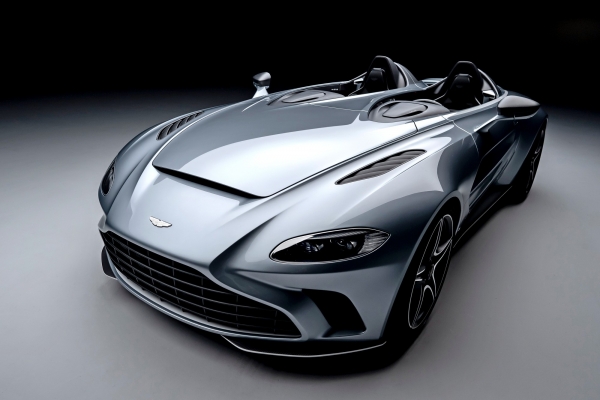 The company Aston Martin continues to develop associated with aircraft cruise series models: this week debuted the most striking her representative – double supercar V12 Speedster with a unique by carbon fiber bodywork, not having a roof and windshield.

Previous Aston Martin flirtation with aviation in the framework of the Wings Series was limited to the exclusive décor of the existing models: in this format, embroidered Vanquish S Red Arrows Edition, Blades Edition Vantage, the V12 Vantage S Spitfire and 80 DBS Superleggera Concorde. But V12 Speedster – a special case: in terms of technology is a hodgepodge of components and assemblies from the Vantage and DBS models the Superleggera, but the body is completely original, made from carbon and painted in the colors of the American deck fighter F/A-18, for which approval was obtained from the Boeing company. Mention of the famous winged car in the form of decals can be found also in the rapids and the Central crosspiece of the body, separating the driver and passenger seats. 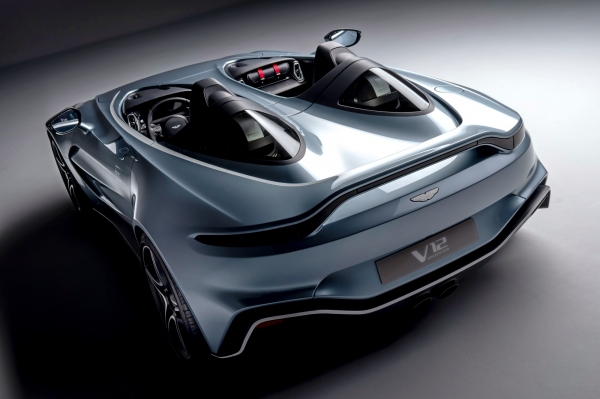 Carbon fiber helmets, without which ride on such a car can be a deadly attraction, are stored in wave-like fairings for the individual arcs of security. A very original performance rear spoiler, elegantly integrated into the body and absorbed the lights. 21-inch forged wheels are mounted to the wheel hub by a Central nut. Through their thin spokes you can see the carbon-ceramic brakes with a diameter of 410 mm at the front and 360 mm at the rear. 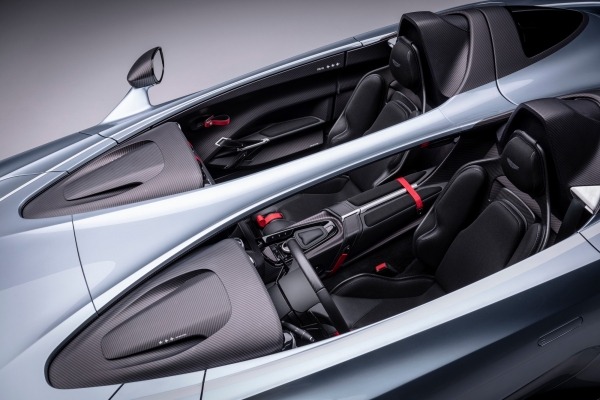 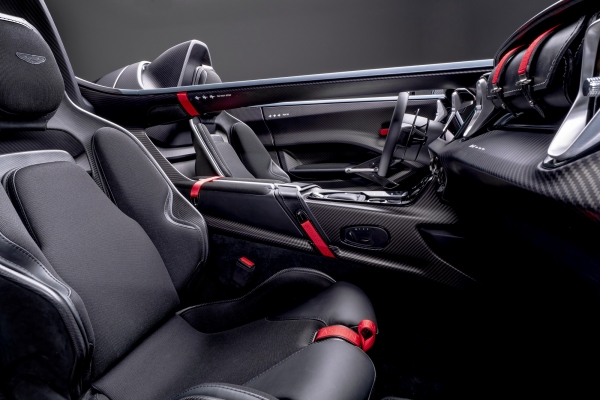 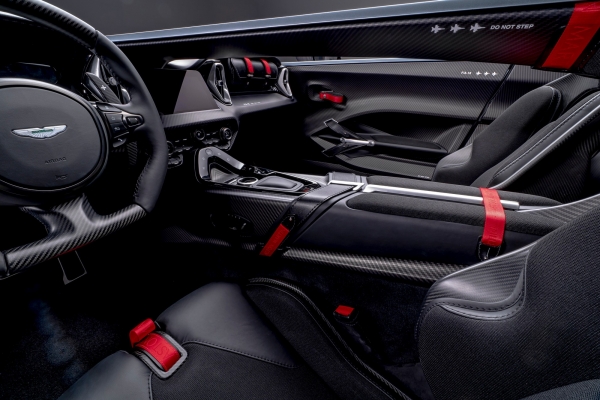 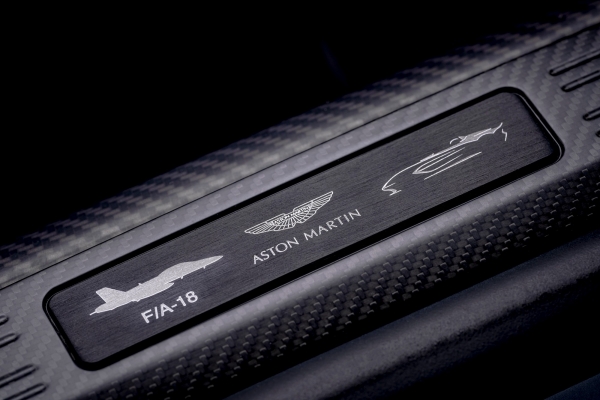 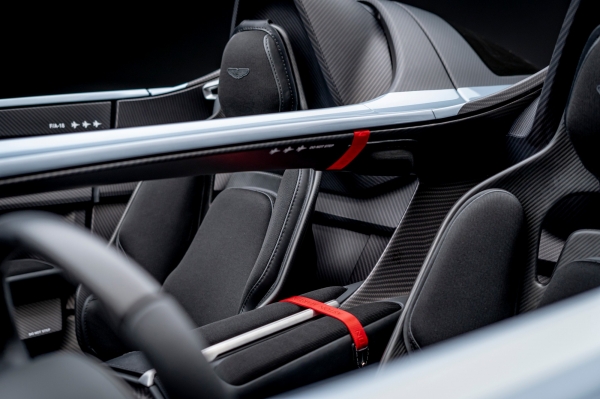 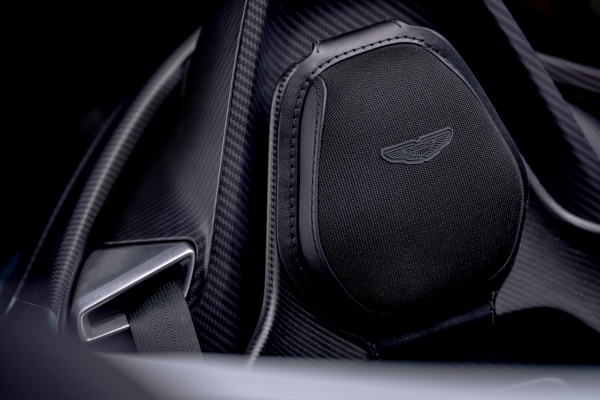 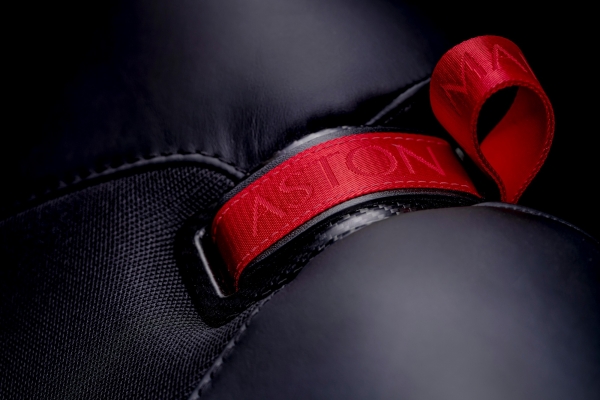 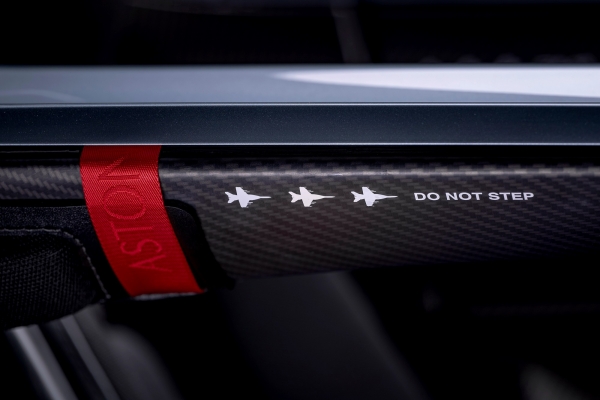 In the design of the cockpit V12 Speedster used a collection of original detail not found in other Aston Martin models: leather case with red ribbons and clasps in place of the glove box, decorative straps on the centre tunnel and door handles, metal vertically oriented ducts and the like a trifle. The windshield is equipped with two individual carbon shroud guides the air over the heads of the riders. The multimedia system screen in case of rain it will be covered most of the Central bulkhead between the seats. 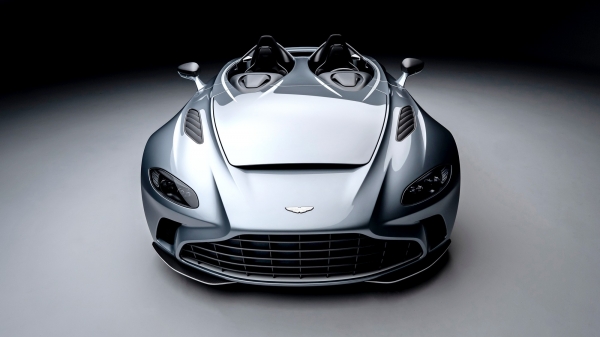 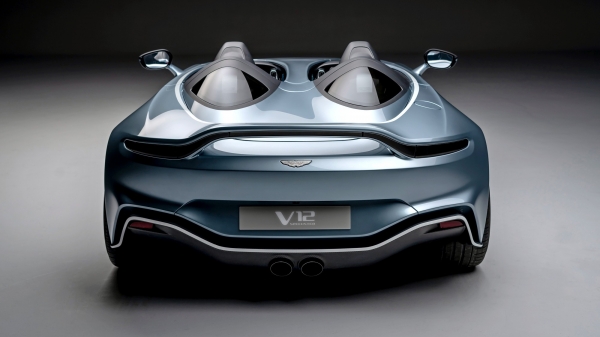 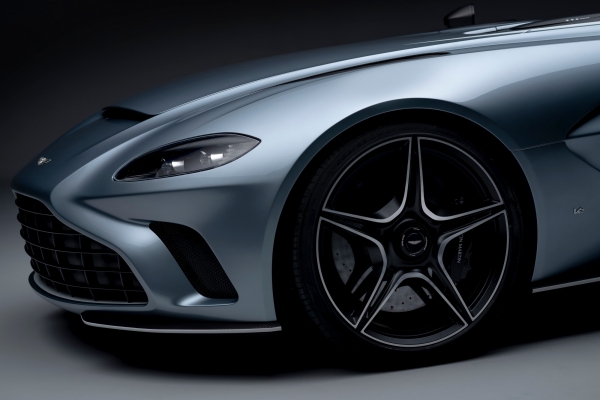 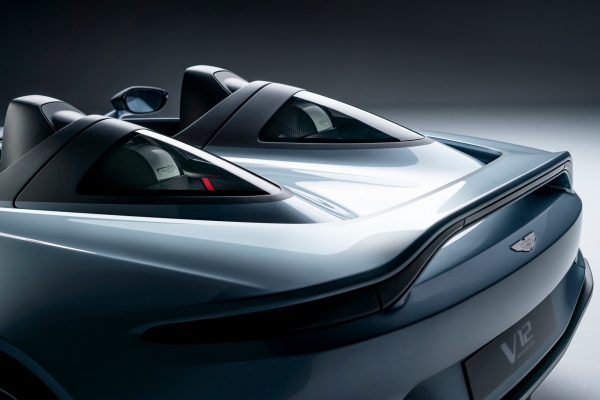 Under the hood is common for the top Aston Martin models 5.2-liter biturbomotor V12 (700 HP, 753 Nm), connected with 8-step “automatic” ZF, all power is supplied to the rear wheels via a limited-slip differential. Specially designed for this model system the stainless steel exhaust emits a particularly dramatic roar. To 100 km/h Aston Martin V12 Speedster accelerates in 3.5 seconds, top speed – 300 km/h.

The company Aston Martin plans to produce 88 copies of the model V12 Speedster value of 765 pounds each, the first customer ordered machines will be shipped early next year. I want to believe that, because of the precarious financial situation of the Aston Martin model V12 Speedster will not suffer the same fate as the four-door Rapide E, serial production of which, after the announcement had to be cancelled.