Our broken “Solaris”, the buses and the development of the toughest crash tests in the world – RuNCAP

That be introduced in Russia national methods of crash tests, it became known this summer. It is assumed that it will reduce deaths on the roads of the country in the long run, based on the fact that the quality and safety of new vehicles sold in the country must be significantly improved. Moreover, it is not only about cars but also other vehicle, including buses. The developed technique will be called “RuNCAP”, by analogy with the European program to evaluate new vehicles “Euro NCAP”. The experience of foreign colleagues-the test will be taken as a basis, but only as reference material, which is to navigate, their “know-how” and future developments will be required to create the most accurate models for future tests, both in-situ and real crash tests, and a variety of physical and virtual testing.

At the same time, it was noted that the test procedure will be tailored to domestic realities, and will take into consideration road conditions, climate, infrastructure and even the nature of driving. “The cars will be subject to stringent requirements, exceeding current certification. Yourself research techniques will be held not only in crash tests, as well will be tested active and passive safety”, said Minister of industry and trade of the Russian Federation Denis Manturov. 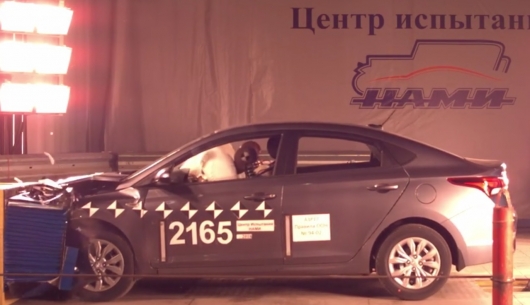 In the meantime, as a precursor to a big national project*, as it became known, Rosstandart conducted a sample testing of cars, most controversial or mass.

In tests of 2018 took part in three models, two Chinese: LF8 Lifan, Chery Tiggo3 and one Korean – the well-known Hyundai Solaris. It should be noted that two models, “Lifang” and “Hyundai” were the crash test fine, but the Chinese crossover could not get a higher evaluation, he identified a discrepancy between the requirements of the technical regulations regarding equipment safety glazing, and hardware operation of ERA-GLONASS.

According to the results, Chery was ordered to suspend sales of its crossover Tiggo 3 (prohibition of sales model applies only to modifications of the 2018 model year with a manual transmission, it is specified in the company) to eliminate the revealed violations.

Passed the crash test in the framework of the state supervision of Hyundai Solaris received a frontal impact at 56 km/h of crushed barrier with an overlap of 40%.

*In Russia, crash tests has long been held in the automobile Institute US in the derivation of new models on the market. The tests include frontal impact (UNECE regulation No. 94) side impact (No. 95). But in most countries of the world such impact tests, the UNECE considered obsolete, because they are performed at speeds of 56 km/h and on the barrier with a 50% overlap, the current speeds and traffic realities, is simply not enough. 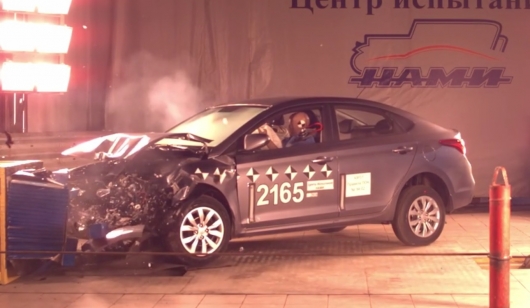 By the way, the test plans for 2019 – identify the weak link among the buses. Will be held crash-tests 3-5 the most popular models of vans. Of course the reason is the increase in fatal accidents in transport.

Tested, not yet represent a final result of our work on the creation of the test cycle cars and large vehicles. Fully RuNCAP will have to implement in the next 3-5 years, that is, to 2021-2023 year. Earlier it was reported that in its development will involve, respectively, the Ministry of industry, US expert, and a variety of automotive organizations working to improve the quality of products of the Russian automotive industry. 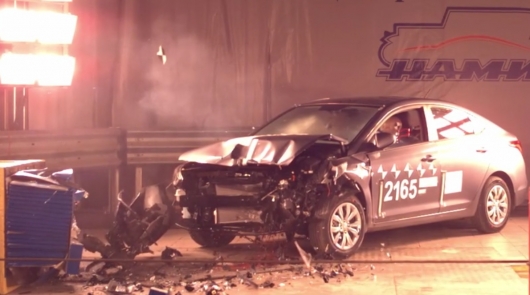