As Moscow authorities cut their lawns money from drivers?

Here’s how the Moscow authorities raised the income of car owners, Parking on lawns 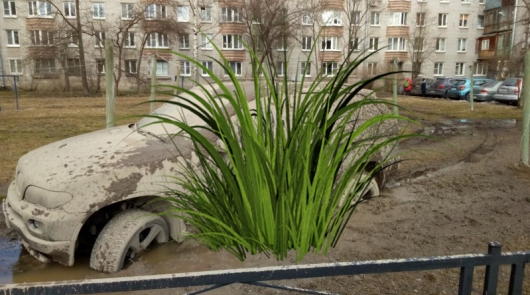 Imperceptibly we have become accustomed to the cameras fotovideofiksatsii violations of traffic rules, which are like mushrooms proliferated on the roads of Russia and the authorities of all regions Supplement their local budgets. But Moscow went even further. Unlike other regions in Moscow rather big incomes to the budget give fines for vehicles Parking on lawns. And this applies not only Parking lots in the summer. In many places in Moscow fines for Parking on lawns be discharged year-round.

So, in 2018 capital budget through fines for Parking on lawns already added more than 1 billion rubles. Do you like it?

And given the fact that for 10 months of the current year there were almost 43 thousand orders.

It turns out that on average, each administrative Protocol for Parking on the lawn of the capital budget increased by a little more than 23000 rubles. 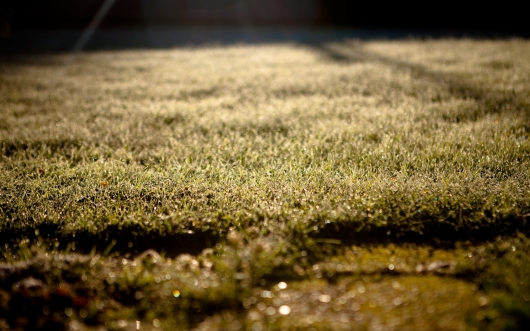 But there is nothing supernatural in this. Recall that according to article 8.25 of the administrative code (Administrative code of the city of Moscow) placement of vehicles on the lawn or other territories occupied by green spaces, faces for individuals by a fine of 5 000 rubles, for officials – 30,000 rubles, and for legal entities – 300 000 rubles.

I can see where the “extra fuel” in the budget of Moscow? 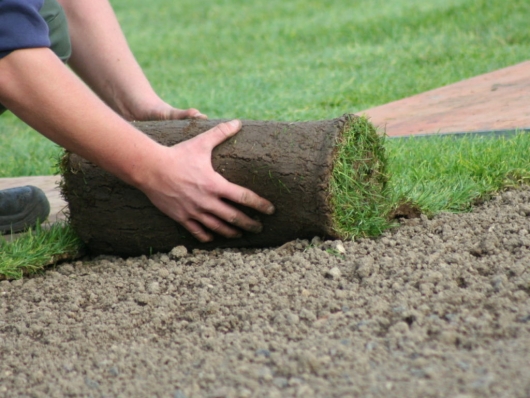 And, as you know, the penalty under article 8.25 of the administrative code can write not only for Parking on the lawn, but Parking on the ground near the trees. In this case, the driver will blame the fact that he posted the car on the territory occupied by green spaces. In many cases the penalty can really write even in the winter. So many motorists who have in the yards near the house there are constant problems with Parking, should not rejoice every year the snowfall, which, in their opinion, will hide until the spring lawn. Alas, you still can be fined for Parking on the snow, which hid the lawn. Especially if the lawn is present in the database of green areas of Moscow, alas that is not freely available for review by residents and guests of the capital.

How MADI is targeting the owners, identifying the Parking on the lawn? There are two options for monitoring compliance with the legislation. The first fixation of the inspectors of MADI violations directly with on-site inspections. However, the number of inspectors “on the ground” does not allow administrative inspection to put a control on the flow and collect more money on fines. But recently, MADI has come the best of times. Now they help the residents of Moscow with the help of the infamous app “Assistant of Moscow”. Recall that any resident of Moscow can download to your smartphone a special application, to with his help to fix the violations of traffic rules and other laws. Including illegal Parking on the lawn. To do this, using the app just fix the phone camera violation and send it to the server application. Next, the relevant departments of Moscow will materials and in case of confirmation of violations of the law will be fined car owner. 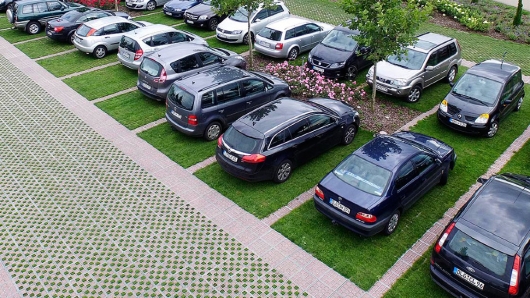 It is worth noting that the vast majority of decisions about Parking on lawns was issued in the current year on the basis of materials received from the citizens with this application, which has been downloaded more than 300 thousand people.

By the way, if you get a fine for illegal Parking in the lawn, do not count on a 50 percent discount, because this kind of violation of the privilege does not apply.

So be careful when Parking in Moscow. Especially in the yards where running into a mobile Snitch, given the popularity of the app quite easily.

You should be especially attentive to drivers of motor vehicles legal entities. Indeed, in the case of bringing to administrative responsibility under article 8.25 of the administrative code of Moscow, again, a legal entity will be fined 300 000 rubles.

How to reduce the amount of the fine for Parking on the lawn? 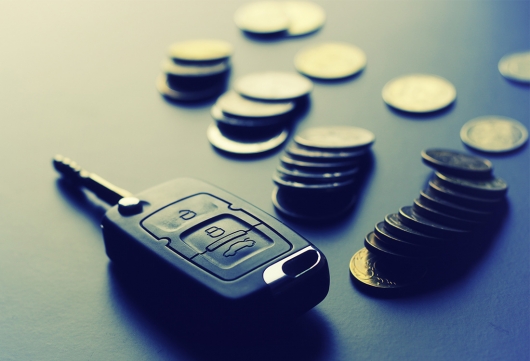 However, legal entities have a real opportunity to reduce the amount of the fine if they prove to the inspector of MADI that the car was rented on the day of the violation. In this case, the inspector MADI is required to change the penalty to 5 000 roubles.

To prove the fact of the lease, is sufficient to provide, in MADI lease and the deed of the car. In most cases, MADI without problems reduces the amount of the fine.

But again, in any case, the legal entity will need to prove that it must bear the administrative responsibility, and the driver as an individual. So do not be amiss to submit to the Mahdi, if necessary, and the employment contract, the order on the schedule or rules for the use of official transport.

To reclassify a huge fine, have to challenge the decision to prosecute the legal person to administrative responsibility. For this you need to apply in MADI (Moscow, Kalanchevskaya str., 49 from Monday to Thursday from 8.00 to 17.00 Friday from 8.00 to 15.45) or to challenge a penalty through the Moscow portal Autocode.

Unfortunately, to reduce the fine for Parking on the lawn a natural person can not. 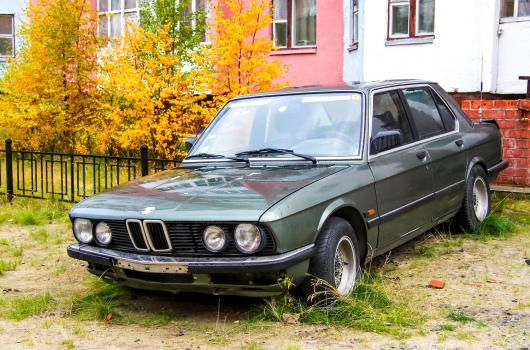 Generally, of course, in the sanctions there is some kind of imbalance between the amount of the fine for legal entities and physical entities. Agree, 5 000 and 300 000 is too much. After all, 300 thousand rubles – this is sometimes the average price of a used saloon cars, some OOO. But driving corporate vehicles sit normal individuals who can Park on the lawn on their own initiative. Agree, the nonsense is to write the firm a fine of 300 000 rubles. The idea is that the inspectors MADI still have pending administrative cases to clarify the circumstances and establish who is really to blame. But, alas, MADI publishes its decision as the newspaper in the printing, putting on the flow circulated for Parking on the lawn. This is especially true of materials on the basis of photographs uploaded with the app “Mobile assistant”.

As the inspectors MADI define whether the driver violated the law, a car parked on the lawn or next to green spaces? 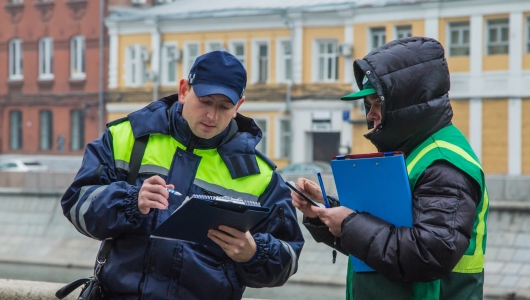 As we have said, the inspectors of MADI at receipt in respect of the vehicle, which was recorded standing on the lawn, check the placement of the machine in the register of green plantings of Moscow. If in this database there is no area where there was a car against the owner report on administrative violation is not made. It is also not always the presence of land in green spaces lead to Protocol. It all depends on what is on the pictures. For example, if the photographs next to the car is not visible greenery, the inspectors also did not prescribe a penalty. This is especially true of photographs, downloaded mobile “helpers”.

Inspectors MADI is also used to commit violations on the ground won’t be able to photograph the car, if the area in which the machine is not included in the database of green spaces.

Prescribe whether a fine if parked on illegal paved lawn?

Theoretically, for such Parking on the left Parking the car owners faces the same liability under article 8.25 of the administrative code of Moscow.

However, if such a location of the vehicle detects the inspectors, you saw sprinkled the pavement with no signs of the lawn, they won’t check this place in the registry of green spaces. But in the case of fixing a car using the app “Mobile assistant” inspector, examining the photographs, can check the area in which the car is worth. In this case, the penalty is possible.

Therefore, drove on the curb when Parking, always look carefully where you stopped. It is possible that Parking is illegal. Very often, by the way, this is indicated by the signs prohibiting Parking. But there are illegal signs, which set the authors of illegal Parking, making signs that allow Parking. 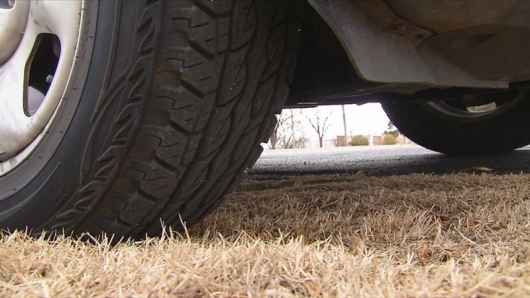 And, of course, always pay attention, whether there are in the immediate vicinity of the Park greenery (shrubs, trees, etc.). If you have doubts about the legality of Parking spaces, better move the car to another location.

But is it legal mobile app, which has more than 300 thousand people are helping the government of Moscow of sending “chain letters” car owners? 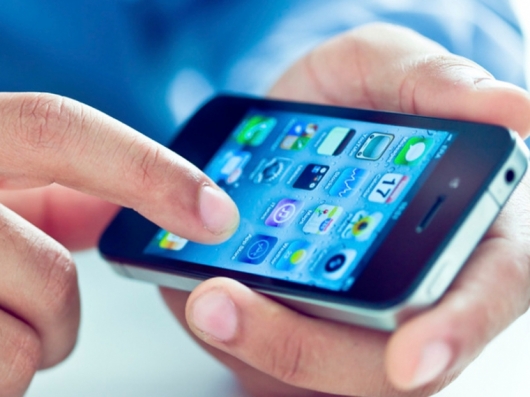 Unfortunately, despite the fact that this question was asked many lawyers, journalists and car owners trying to prove the illegitimacy of the authorities of Moscow such applications as traffic violations, referring to the Prosecutor’s office and courts, in most cases, the application is considered legitimate, as, in the opinion of the representatives of Themis, it relates to complexes of fotovideofiksatsiey.

This, of course, doubtful. And the point in this matter is not supplied. Let’s wait when someone comes to the Supreme court. Although something tells us that while motorists, journalists and other interested parties will try to prove that the app “Mobile assistant” is illegal, Russia will have a unified app, which will also fix violations of the law throughout the country. Recall that a similar app should soon appear on the government’s initiative. Apparently, it liked the idea of the Moscow authorities. Maybe this is the secret that contrary to the law until now, no court has recognized the “Mobile assistant” is illegal.