Here’s how the traffic police creates a trap on the road in the form of alternating signs. 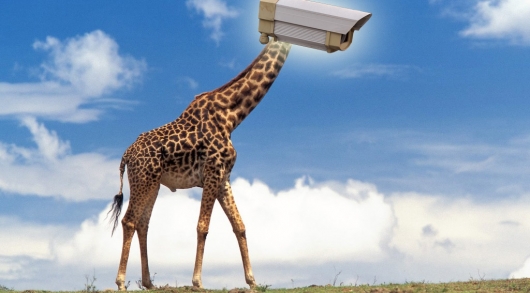 Did you notice on many of the highway, as periodically changing the speed limit signs? No, we’re not talking about settlements, where according to the law set the speed limit in 60 km/h (on roads of the Moscow region is less than 50 km/h). It is on conventional roads, where, for example, may first hanging sign with a speed limit of 80 km/h 90 km/h and 100 km/h, but then drivers may unexpectedly surprise the sign 60 km/h. Surely you have seen such mysterious striping traffic signs limiting the maximum speed of the car. And you know what, in fact, such drastic changes in speed created for traffic police real trough for collecting fines? 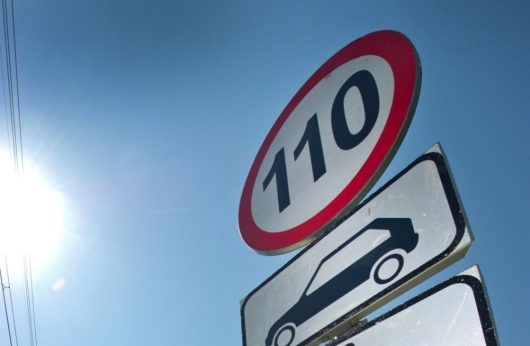 We do not argue that on many roads without a maximum speed limit of not do. Especially on difficult sections of roads in the settlements and, of course, in places of frequent accidents. But what is the meaning of the signs that severely restrict the maximum speed on the straight highway, the highway where there are no pedestrian crossings, traffic lights, and where, as a rule, there are barriers separating oncoming traffic, for us remains a mystery.

Here is a live example.

On the Leningrad highway, near the metro station “Rechnoy Vokzal”, when driving towards the Moscow region (in the direction of the bridge over the Moscow river) have a speed limit of 80 km/hour, which is, of course, drivers are warned the road signs. Accordingly, many in the fast lane in this place do not move more than 100 km/h as when driving on this speed camera of traffic police do not record traffic violations. 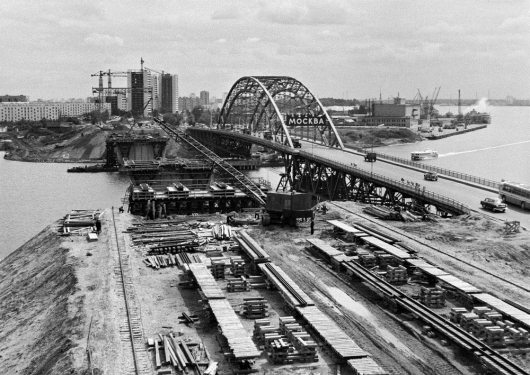 Most interesting is that exactly the same more or less safe straight sections of roads in Moscow is full. But not everywhere you will meet exactly the same speed limit. In many similar ways, in particular in some areas may be signposted with a speed limit of 60 km/h. The same applies to high-speed country roads, where, apparently, the speed limit may not be less than 80 km/h. But no. Often on many roads meets restriction of 60 km/h. Often you come across a real mess of signs, limiting maximum speed of 80 km/h, 60 km/h, 80 km/h 60 km/h, etc., etc., While traffic conditions on these sites are no different.

On the one hand, according to the law violations in the placement of road signs no. All legal. Once the traffic police posted a sign, then he’s on need for road safety. That may be so. But we thinking people can see that many roads same driving conditions. Then why often come across on the road signs changing the speed limit?

There can, of course, head and share various conspiracy theories against drivers, which, of course, to what good will not result. Most likely, if you ask for official clarification from the traffic police regarding the appropriateness of the placement of certain signs on the road, we get a very reasonable answer that it would be impossible even to cling. Often the meaning of the explanation will be that particular stretch of road where the maximum speed is reduced, for whatever reasons recognized by the emergency or threat. But there is one “but”. Many of these signs, changing the maximum speed downwards, hanging. We have then the question is: if the road is in disrepair, why is it not carried out construction and restoration work? Why often, then hang the usual road signs, not temporary? 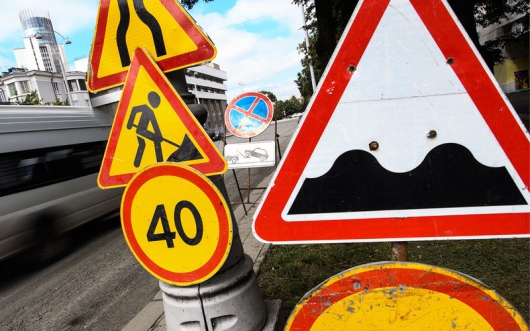 The most interesting further. We noticed that in those places where sharply and unexpectedly with a maximum speed of 80 km/h changes to 60 km/h or even 40 km/h (Yes, on the Russian roads there is), usually installed camera photo and video fixation of traffic violations. You understand that this is no accident. So every day cameras catch drivers for speeding. On the one hand, by law, all right: broke – answer. But the worst thing is that the majority of drivers violated traffic rules unknowingly. That is just not had time to reduce speed. Accordingly, it is a kind of trap on the road. Although we have to admit that still, in many places, such sharp reduction of speed is justified. But, alas, not everywhere. As you know, the cameras in such places in the end to have a machine for printing money.

We also wonder on what basis many of the roads are considered dangerous, hanging there signs that severely restrict the maximum permissible speed, whereas such roads are no sharp turns (i.e. road is straight), pedestrian crossings, traffic lights, police, etc. And often in such areas in recent times hang this rear room of the car. And most interestingly, on many roads after such a tricky camera photo and video recording terminated almost immediately a sharp maximum speed limit. Agree, very like a cunning trap.

But that’s not all. All drivers who frequently travel on the same routes, of course, know the location of all complexes photo and video fixation. In the end, those who every day goes the same route, is unlikely to get the fines. Naturally, this has led to a decrease in collection of fines on many sites of roads of Russia. 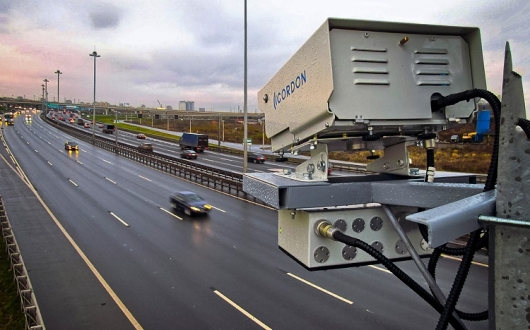 With regards to not local transit vehicles, many drivers of these machines today are not entirely legal radar detectors or various mobile applications that advance warning about the location of cameras, fixing the speed limit on the road. In the end they themselves realize that the amount of fines payable after fixation of violations of traffic regulations photo and video, has significantly decreased in the whole country.

But recently, in order to solve this problem, changes were made to legislation that allowed the police to use camera photo and video fixation traffic violations in the area of temporary road signs (road signs, repeating the usual signs, but has a yellow background).

It is these changes in the law, allowed to fine drivers who violate traffic Rules in the area of temporary signs, in fact, untied the hands of the traffic police. In the end, the yield curve on collection of fines recently went up again.

But, in fact, temporary signs can hang anywhere and at any time. How so? Because temporary signs have, for example, to be hung when carrying out emergency work on the road. Yes, it is. But you know that the signs are hung in advance before the start of emergency road works. And most interestingly, all the drivers, even when no road works are required to comply with such temporary signs. Including temporary speed limit. 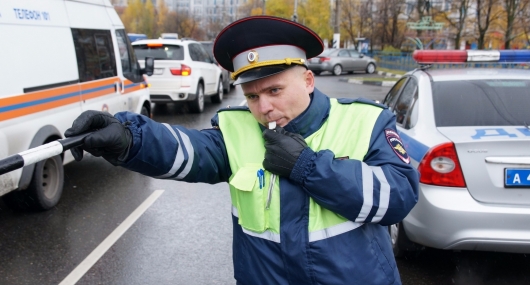 How the traffic police is on the hunt for money drivers who violate traffic rules in the area of the temporary signs? Indeed, in such places, as a rule, no stationary cameras photos and video recording? It’s simple. Have of the state traffic Inspectorate of all well-known mobile complexes photo and video fixation (so-called “giraffes”) who stand on the sidelines and relieve traffic violations in those places where, according to the traffic police to control traffic safety. Often these “giraffes” recently put where there are temporary signs limiting the maximum speed, where for a long time but for some reason do not begin repair of the road work. Guess from three attempts, why in such places are often the cameras of the traffic police, despite the fact that due to the lack of emergency/repair works the road was not dangerous? Of course, such a place is the Klondike in the form of money from the wallets of drivers. 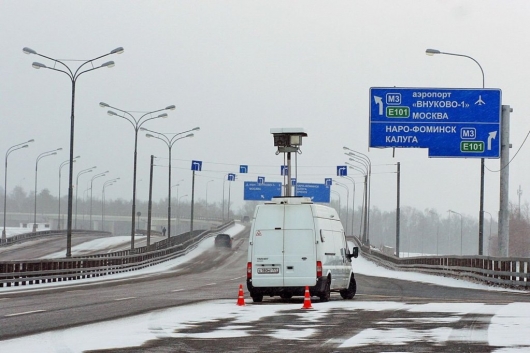 We do not argue that cameras commit traffic violations is a good thing. Also we do not mind even leapfrog from different road signs, canceling each other’s effect. In many cases, on the road they really need. But when the signs along with cameras become a tool for making money on the fines, this way of replenishment of the budget is unacceptable because it directly affects the reduction of accidents on the roads. You agree that mobile complexes photo and video fixation could be installed in more problem areas on the road than where the maximum that is possible is to increase the flow of money into the local budgets.

So we are unlikely to fulfill the task set by President of Russia, on the maximum reduction of accidents on the roads in the coming years.