As a rally car from the USSR got the engine from a Porsche?

History of cooperation with AVTOVAZ Porsche 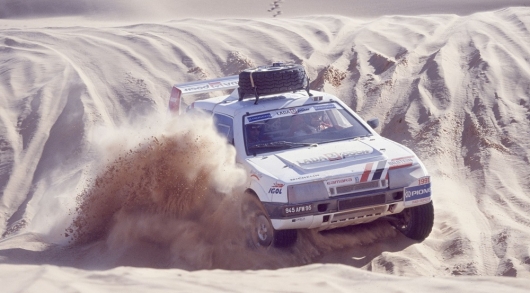 Did you know that in 1970-ies of the German car company Porsche cooperated with the Soviet car manufacturer, recently built a giant automobile plant on the Volga (we are of course talking about vases), to create some rather interesting and unusual cars? But most interesting is that these cars really were created! One of the brightest representatives of the joint creative efforts of the two brands has become a model Lada Samara T3 – participant of rally Paris-Dakar with six-cylinder engine and all-wheel drive, borrowed from the Porsche 959. Interesting to know this story? Then welcome to our little historical review. About this interesting information, many did not know exactly…

But before you go on the rally in the vastness of the view with which the whole began. In 1975, Victor Polyakov, the then Minister of automotive industry of the Soviet Union, became the initiator of the transaction with the German sports car manufacturer – Porsche (German car company felt in those times of cash shortages), cooperation with domestic Soviet automaker AVTOVAZ. The idea was cooperation between the two automotive giants with the goal of long-term cooperation. The first result of which was the help of Porsche in the development of the updated sedan Lada in 1978.

Here it is, the first-born of collaboration. So could look like the legendary “Troika”, the model VAZ-2103, if we listen to the advice of the German manufacturer of sports cars: 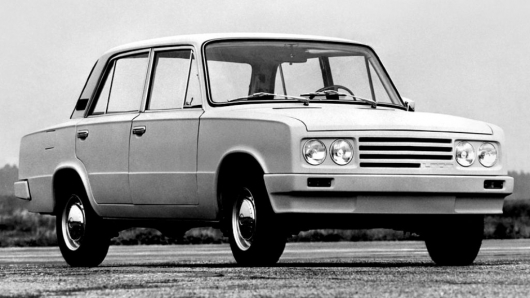 Looks not really? I would even say awful… it is good that the appearance of the sedan have attended to our designers! And did not listen to the Germans. However, we note a number of interesting innovative solutions, which were introduced by the Germans. In addition to the dual-var, the model received a new dashboard, plastic bumpers, multiple internal technical changes and revised suspension.

Probably the only miscalculation personally in this project can be considered as the failure of Soviet engineers from the ideas of experts from capitalist Germany at the technical retrofitting of the model. AvtoVAZ decided not to make major changes, solving the problem of low power by installing a new more powerful 1.6-liter engine. 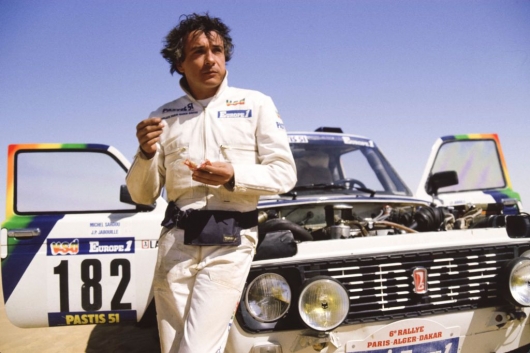 But if the first pancake was lumpy, the follow-up proved to be quite progressive. For example, rumor has it that Porsche worked on the optimization of the motor Fields at the end of its final development. They say, that the German engineers put the icing on the cake, making the motor virtually “omnivorous” and unpretentious.

In France, fuel was fine, so, despite the fact that the Lada Niva was the world’s first four-wheel drive SUV with a monocoque body type, she was a successful competitor in the Dakar rally. In 1981, the French Duo Jean-Claude Brevan and Andre Deliar finished a great race in third place and took second place in 1982. In the following 1983 “Niva” under the management of Andre Tether and Eric Bravoana was not too tough for almost all opponents, reaching the second place.

For the season 1984 Niva was further optimized by elongation of the wheelbase. Then came the rally prototypes of the Niva with the engine PRV (V-shaped 6-cylinder gasoline engine developed jointly with Peugeot, Renault and Volvo Cars) and further updates to the 85 and 86 years. Driving mad “Fields” in 1987 he played Jackie Ickx and Christian Tarin.

One last run “Fields” was held in 1988. It “Dakar career” ended almost complete dominance over all rivals within 7 years.

In this model VAZ not done with cooperation with Porsche

But the Lada and the winner of the Dakar rally in 1983 Jackie Ickx this is not finished with the desert. At the same time as Hicks led Mercedes-Benz G280 to triumph in ‘ 83, he also maintained a great relationship with Porsche, as the leader of their team until the end of his disappointing season 1985.

Lada Samara has existed since 1984. Since then there have been many successful attempts to transform the stylish front-wheel drive car in racing car for a variety of disciplines. Good progress in those days, made the Lithuanians, trying to turn the hatch into a real contender in group B. the racing was done and a 300-horsepower version of the model on the basis of the 16-valve 1.8-litre engine with system of injection. But group B did not last long, but designed chassis was destined to survive a few breakthrough moments.

ICCS, and Taryn flying on his race car through the Sahara desert in Mauritania (rally Paris-Dakar, 1990)

“Dakar-special Lada Samara T3” – became the most powerful result of a partnership Lada Porsche. It was equipped with an atmospheric 3.6-liter boxer engine of the Porsche and what’s even more impressive – racing car used all-wheel drive system model have already visited the sandy rally Porsche 959. Suspension was designed by the Tupolev design Bureau, who knew all about a powerful, technologically advanced chassis. A further contribution was made by the French specialists of “Dakar Niva Lada-Poch” and US.

Piloting Samara T3, Jackie Ickx finished seventh at the Dakar rally in 1990 and Didier Auriol fifth, a year later. In those days, the Peugeot was out of reach. But the result for Lada-Porsche was very good.