Another scandal in the auto industry: crash tests 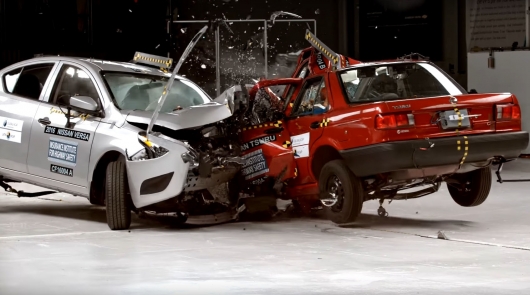 The automakers a few days ago appears to have been embroiled in a nasty conflict, smacks of the new and serious problems with the law. This time it was announced that “very suspicious” part was found during a crash test installed on the test vehicles.

Alleged deception of testers responsible for the safety of cars in Britain, found, as reported by dailymail.co.uk: “… the parts marked “crash test”” during the research family of vehicles in accordance with the class”.

“That raised concerns, according to foreign publications, vigorously denied by the heads of the automotive industry about what vehicles may have been equipped with parts specially designed for cheating during crash tests”.

We are talking about such design elements as airbags and mounting of child seats marked “only for crash tests.” If in any way the testing the cars the experts will be able to identify that such stickers are valid information about the purpose of the design elements found automakers can seriously not be good and it will be no less resonant than the problems with environmentally unfriendly diesel engines for Volkswagen cars. Moreover, the Europeans and the Americans – until recently, the main consumers of the motor companies – often highly sensitive to security issues when choosing a vehicle. However, so to damage sales in any market, in Russia, China, South America, Australia and so on.

After impact tests, the experts from organizations such as NCAP and Thatcham conduct so-called “internal examination”, which includes the validation of individual components.

It was during these checks, the researchers from Thatcham and Euro NCAP found the marked part. Matthew Avery, research Director for Thatcham, said that similar markings were found on the cars from “several” manufacturers, but declined to name them. 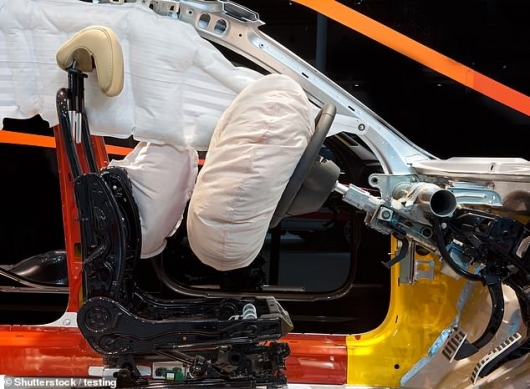 “Sometimes we had a car and saw on the back of the module, the inscription “Euro NCAP test”. It seems very, very suspicious. There are a lot of excuses. We say: “Well, no, it’s the genuine component of, this early version of” anything. They do not stamp it, write a marker, roughly. When we see it, the alarm sounds”.

In the meantime, specialists will deal with new secret signs in cars, which according to some have already seen on the test car a few years ago, fans of conspiracy theories and conspiracy theorists something to think about. What was it? Why the producers so obviously substituted? Again the machinations of the US? Whose brand came under attack, not German? VW? And anyway, why are these crash tests, which are not able to identify any suspicious items in the course of studying the results of laboratory research and the results of breakdowns in the course of an accident from real life?

There were some words in defense: “As security testing sometimes takes place before production can take place the need to define some security-critical components to confirm that they are quality approved specifications, as well as for tracking and analysis.”

I wonder how it will end? Is the new major scandal? What do you think?