Why do people sing in the car?

Admit it, you sing in the car? And you wonder why many drivers sing in the car? In fact, we all have our own views on this. Of course, driving is not all singing. But you think mostly in the car singing youth? You are wrong. That’s what many motorists singing in the car.

1. Your car is not only your mode of transportation, but also your personal space

For many of us the car more than the car. It is the embodiment of our dreams and also our private space where we are free to do whatever you want (of course within reason). And when nobody disturbs us, singing helps us to brighten up the loneliness. Especially when we spend hours stuck in traffic jams.

2. Actually anywhere except the shower, your voice sounds better than in the car

Unfortunately, not all of us blessed with a beautiful voice. That is why we usually shy to sing in public. Nevertheless, we love to sing. And not only in the soul. In the car, as a rule, we extremely like your voice.

3. Seriously, in your car you look like some famous singer

Many of us when singing while driving, I imagine myself being some famous singer. And you know what’s amazing? This is only possible in the car. At home, we somehow rarely present themselves similar to the famous singers. Probably because really only in the car we really like our voice.

4. You hate traffic jams, as begin to be ashamed of your emotions while singing 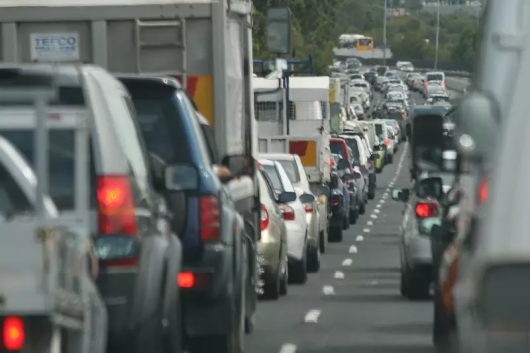 Unfortunately, many of us are very humble people and strongly dependent on the opinions of others. So we often stop emotionally to sing at the wheel, when you get out in traffic for fear that our gestures and emotions will see other drivers. Actually it’s not. Don’t be afraid to show his emotions.

5. When we sing in the car, we gesture, and on our face there are interesting expressions

Not all shy emotionally to sing at the wheel. You’ve probably seen how some drivers in the car waving hands, and their faces take strange expression. Don’t worry if next time you see a driver. You’re not a psycho. Most likely you have a driver who sings emotionally to their favorite music. And no need to condemn such people who are not ashamed to show their feelings in front of others.

6. Driving in the city often does not allow you to sing

Unfortunately, heavy city traffic at times does not allow us to sing. For example, we have to stop singing at traffic lights or in a traffic jam next to our car stops another car where the driver or passengers together begin to look at us. There’s even an indiscreet man can become uncomfortable. But sometimes we stop singing saw in another car a attractive person. There can be no vocals.

7. When your feelings are torn over the edge, you don’t care who sees you

Sometimes our feelings and emotions so overwhelm us that at some time behind the wheel we don’t care who looks at us. Including when we begin to emotionally sing a happy song.

8. You often sing songs that you know 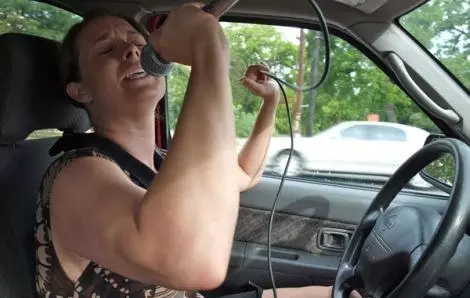 Many of us love to sing in the car mostly only the songs memorized. And very often the first thing that comes to mind that can sing in the car is an old classic song, which, surprisingly, today is also popular with young people.

Not all drivers perfect memory. Therefore, most motorists do not remember many of the songs by heart. But despite this, we often still begin to sing along to their favorite music, improvising with the texts.

10. You sing the songs in the musical genres that are not fond of, not expecting this from themselves 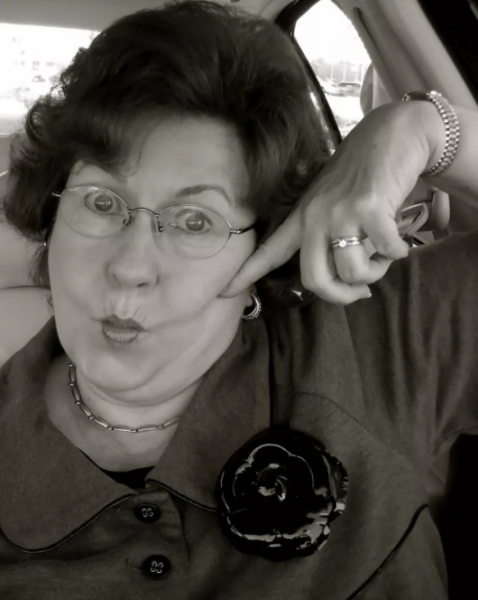 The car is an amazing place. In it, miracles happen. The car is the only place in the world where your musical tastes can change drastically. For example, many drivers often start to sing along, even under the kind of music that had not touched them, or they did not even know that they like this genre of music. For example, gangsta rap.

11. If you are feeling down and listen to in this moment a sad song, then probably end up crying, but by starting to sing it to you again

Music and songs do us wonders. Have you ever noticed how, when our mood is poor, some sad melody or song begins to put pressure on us psychologically? In the end, some of us may even shed a few tears. But next is incredible: starting to sing along we rest.

12. You spent a lot of journeys, honing the performance of their favorite songs, and now ready to become a singer 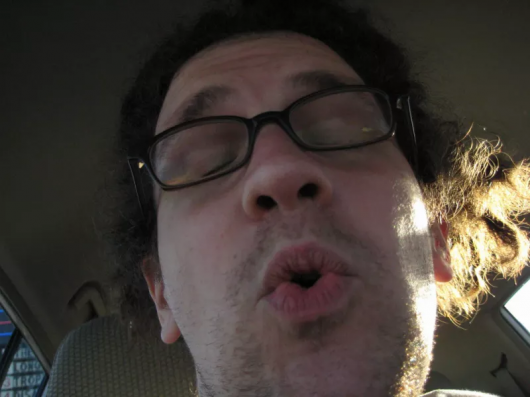 Some people are so used to singing the same songs in the car, after a while, even if they don’t have some outstanding vocals, you begin to realize that they are doing well. They even think that they could make a career on the stage.

13. Sometimes we don’t like anyone to hear us singing

Yes, don’t we all like someone to hear our vocals in the car. But, alas, sometimes it happens that our singing does not remain secret. A as a result, very nervous.

14. Sometimes we get to sing very similar to the original

There are among motorists and those whom nature has endowed with a beautiful voice. Many of these drivers know how to sing better than the original.

15. Driving with people you don’t know very well, is the worst challenge because it means that you SHOULD NOT SING 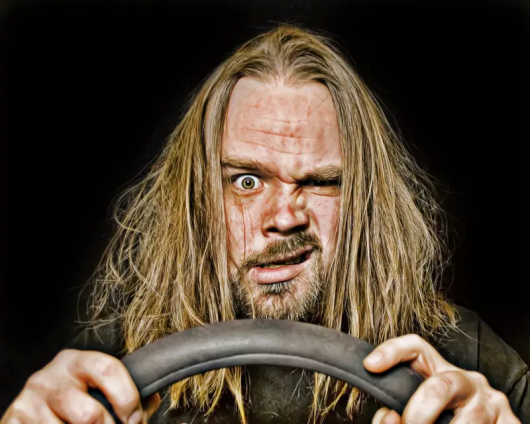 Unfortunately, sometimes we find ourselves in a car with not very familiar people. And for those for whom the singing of the wheel is a sacred, such a trip with strangers turn into torture because they can’t sing.

16. Other people, like your family, sometimes can’t appreciate your sweet tunes 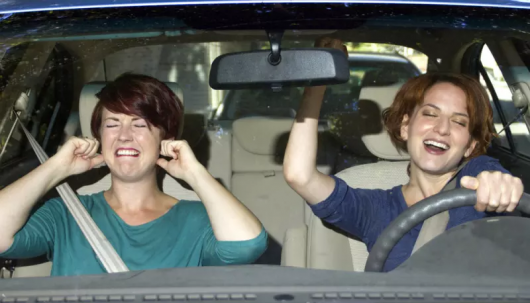 Alas, not all of our singing behind the wheel to their liking. Especially when we have no musical ear, no voice. Therefore, always assess your vocals. Think it’s possible that someone our singing to be annoying. Here you will stay alone in the car, then sing even as the Firebird in the cartoon of Baron Munchausen (remember: “Sing, bird”?), even as Buzova without a soundtrack.

17. Fortunately, when you ride with your best friend, this is the best duet

Some of us love to sing a duet with your friends. Most interesting is that in these duets the well begin to sing, even those who have no voice.

18. With the best friend you can sing everything, and terrible traffic jams you will not even notice

When we’re in the car with my best friends, the road is transformed. We almost don’t get nervous behind the wheel and not even pay attention to the heavy traffic on the road that until recently, when we were alone in the car, annoyed and brought us out. But the most amazing thing happens when we start to sing with my best friend. At this point, the driving time goes unnoticed. You don’t even notice, as they pass deaf jams and terrible roads.

19. Although driving with your dog can be so fun, it’s still awesome because you can sing, undeterred 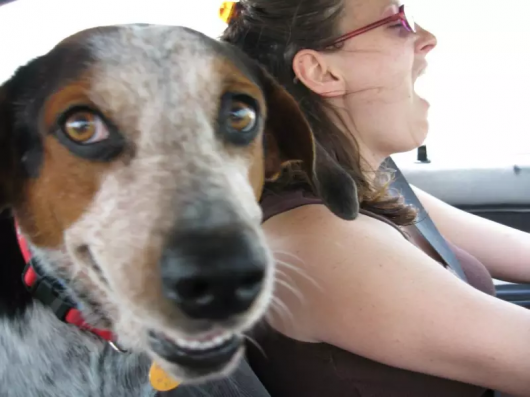 Yes, the journey in the car with Pets is not an easy task. But for fans to sing traveling with Pets have an advantage. You can sing, not fearing what they do not like your false note.

20. In the end, you can encounter a few haters of your singing, but your car will be your

For each of us our car is not only a personal space. This is our fortress. Inside your machine there are only your rules and laws. Why don’t you love when something goes not according to your rules. Alas, if you love to sing not alone, sooner or later you may encounter those who will not appreciate your singing or your music preferences. But in most cases you won’t deal with it because your car will be all yours.

For many drivers sing in the car is something special. This space and the astral plane. Yes, of course, singing can sometimes distract driving. But unfortunately, fans sing along to their favorite music can’t refuse from singing in the car, even if it’s wrong.