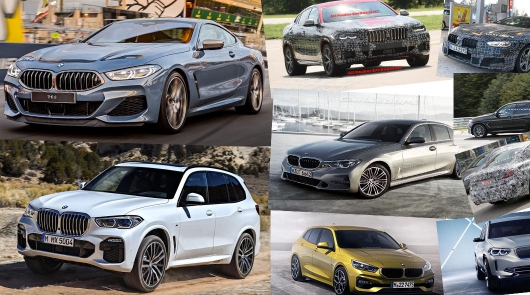 The model range of major brands from around the world is in constant Brownian motion. The upgrade process, omologati, the emergence of new models is constantly. We have managed many times to gather together and show our readers how will look in the future new models from different automakers: Mercedes-Benz, Audi, BMW and so on. But because the update is now, some information becomes obsolete (cars go in a series), other data are corrected – there are new photos, updated collection of rendering drawings.

In General, everything moves forward, everything evolves. Today we again will talk about BMW. What the Bavarian model will appear in the near future and how they will look, and what to expect from them. You will learn about this now. And to make it more interesting, I can compare how it looked to a hypothetical line for the nearest certain number of years, in our earlier article-the compilations:

BMW, which will be released in the next six years (until 2024)

Highlights of the updates include wide implementation of a scalable platform CLAR, which will be applied, ranging from the compact models of premium cars such as the new version of the BMW 3-Series, to the most expensive and biggest car in the Bavarian range, for example, recently presented BMW 8-Series or newest flagship SUV X7.

In addition, BMW is planning will complete the transition of their more affordable models with rear on front wheel drive platform. This, of course talking about the new BMW 1-Series. Change the type of drive will allow BMW to use the collaborative components from the new Mini models that when a certain number of parts produced (a large number) will bring down their price.

With regard to new technologies, we will see that the functions previously provided exclusively in expensive cars automaker, gradually, come down from “heaven” to “earth”, that is in the affordable segment. Things like a digital dashboard, big screen infotainment systems and even semi-Autonomous technology, with a wide range of support driver assistance systems in the next few years, you will discover models top models Junior, 3-Series.

Will feature new all-electric vehicles, hybrid and plug-in plug – in hybrid models that will be sold along with the usual petrol and diesel engines. By the way, BMW will retain both gasoline and diesel engines in its European range, at least for the next couple of years.

The next two years will be very busy for the Bavarian automaker, which plans to launch about 20 new models. Let’s look at the car, which, as we learned, will come on the market. 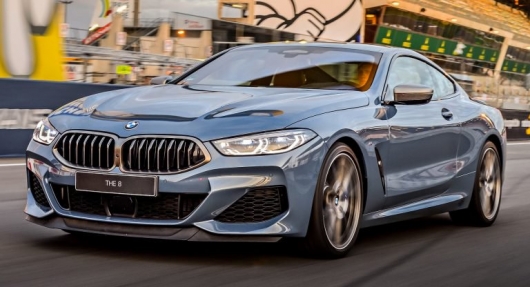 The new coupe 8-Series will appear in showrooms around the world later this year. Power, grace and incredibly attractive appearance, coupled with the luxurious interior make this car virtually inaccessible to many of its competitors.

Under the hood 4.4-liter V8 twin-turbo engine, this brand new development from Bavaria whose capacity is 523 HP with 750 Nm of peak torque. Power and torque go to all four wheels through eight-speed automatic gearbox. 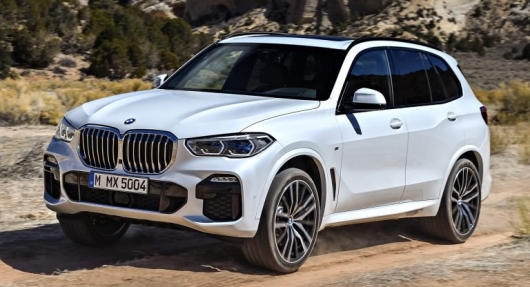 The fourth generation of the X5 with a totally new concept in the center of which is the platform CLAR. Attach the new crossover X5 will be offered with turbocharged six-cylinder engine and a more powerful V8. The series will be fall 2018.

Will appear in the Near future 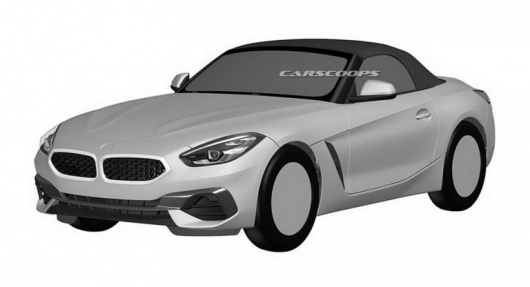 The new Roadster is two steps away from full disclosure. The most anticipated Roadster, which was developed in close cooperation with Toyota. Apparently, the new twin BMW will offer buyers a proper sporty driving experience, at least in M40i version that will receive motivation from a 3.0-liter six-cylinder engine with twin turbo. New chassis that will be used in the Supra, will use carbon fiber to minimize weight. 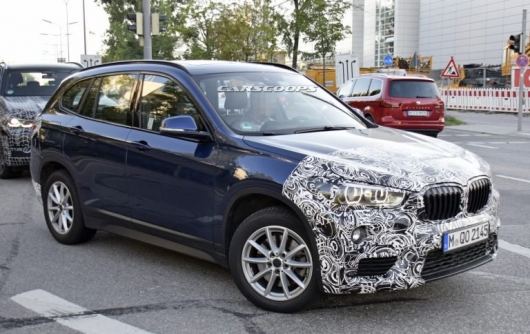 Three years after the release of a series of crossover X1, it will receive a mid-term update. Front and back of the model will receive a mild restyling, while the inside will be the newest technical functions, including an improved infotainment system. Changes in the engine range should help to improve fuel economy and reduce harmful CO2 emissions. 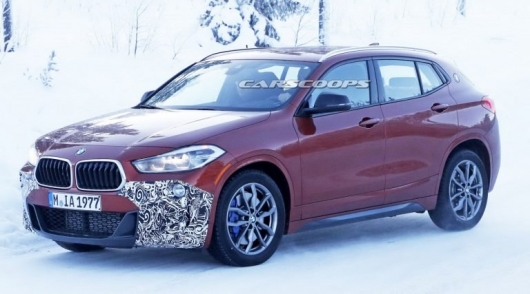 It is expected that at the end of this year to be released “charged” version of the compact crossover X2. M35i, this name will gain the novelty will be equipped with 2.0-liter turbocharged four-cylinder engine producing 300 horses. Time from 0 to 100 km / h may be lower 5-second range and top speed will exceed 250 km / h. 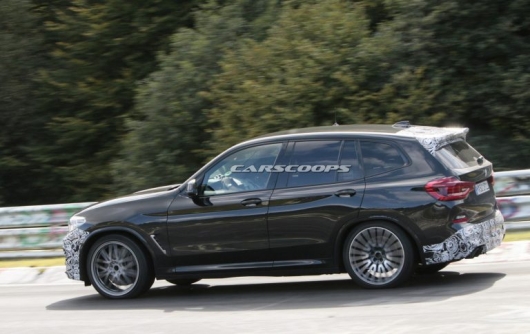 BMW has no plans to revive in the near future, the M3 Touring station wagon, but if athletic practicality for you and you have no idea how to live without a charged M3, model crossover X3M could be your decision. Like its little brother, X4M, the novelty will receive inline six-cylinder power unit S58 with more than 450 horsepower and standard all-wheel drive. A redesigned chassis, the menacing body kit and new wheels will be part of the package. 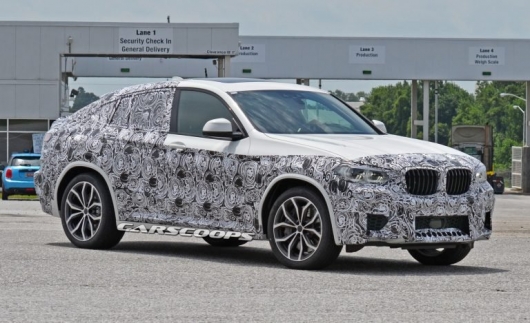 First compact premium crossover coupe and X4 will be offered in M-version. He will get a new 3.0-liter inline six-cylinder engine S58 complete with a pair of turbochargers. Power, as with the X3M will be immodest 450+ horses. All four wheels will be provided through an automatic transmission and acceleration thus promises to be in the four-second range. 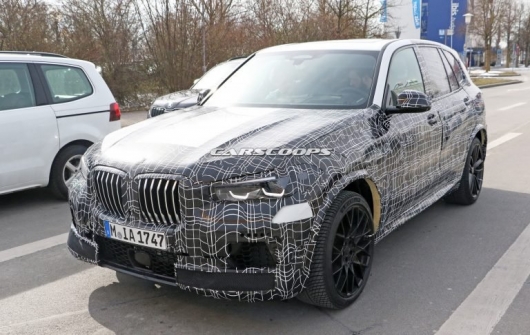 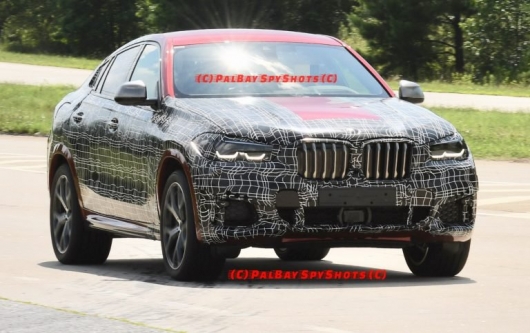 When the third generation of the X6 will arrive next year, competitors had to be more than enough. After all, Audi has already launched its new coupe-crossover Q8, Porsche will join the coupe-SUV is based on the Cayenne, Mercedes has already prepared, but sooner or later it will update its new coupe model strange…

“G06” – the code name for the BMW X6 based on the just-released X5 with borrowed his style, reminiscent of the past X4 on a larger scale. He will get the same powertrains, and X5, with a wide choice of turbocharged inline six-cylinder engines and V8 engines. 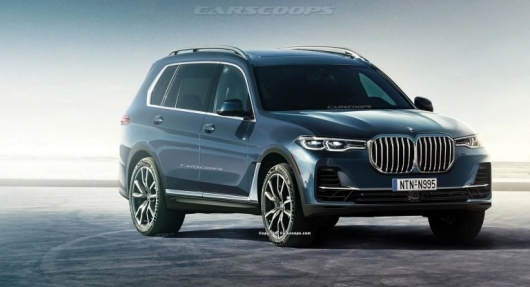 The growing range of BMW could not give birth a direct competitor to the Range Rover SUVs. Shown as a concept a huge premium SUV the BMW X7 will take place in the top echelon of sedans and coupes 7 and 8 series. Based on the architecture CLAR. 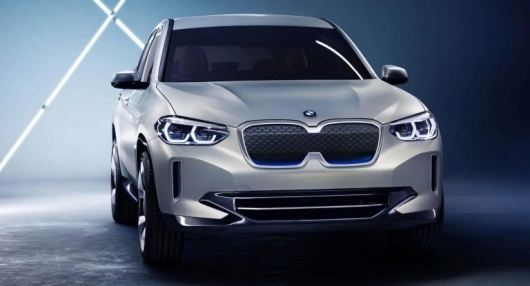 BMW will launch the EV (electronic) version of the X3 SUV in 2020. German new electric SUV gets nearly 270 – horsepower powertrain with the battery at 70 kW. iX3 will offer 400 km of range and fast charging 150 kW is able to fully recharge a battery in 30 minutes.

The electric powertrain of the BMW will combine the engine, transmission and the control module into a single unit that can be used in various models, including those originally developed for internal combustion engines. Production of the new BMW iX3 will start in China in 2020. 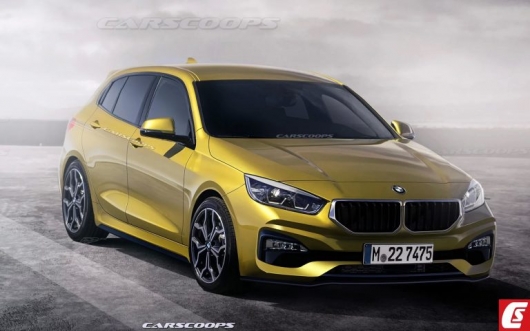 It is expected that new model 1 Series BMW will debut later this year.

“Baby”- BMW will cease to exist as a compact model with rear-wheel drive since it switches to the front UKL2 platform, which has become the Foundation of models such as X1 and X2, as well as various mini models from the line. Powerful and fast version (M140i and maybe M130i) are expected to be equipped with all-wheel drive.

Customers who still want a rear-wheel drive format of the compact BMW will have to take a serious look at the upcoming 2-Series Gran Coupe. 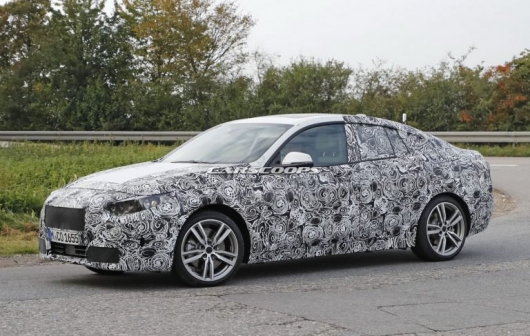 The future rival of Mercedes CLA BMW is reportedly to be built on a RWD platform. If you talk to the previous distribution of forces, the 2nd Series will take the place of the “Troika”, while the latter grow up and become half of the “Fifth” model.

The new coupe, the Gran Coupe will also receive the appropriate version of the “M” with the same engine as the current model M2. 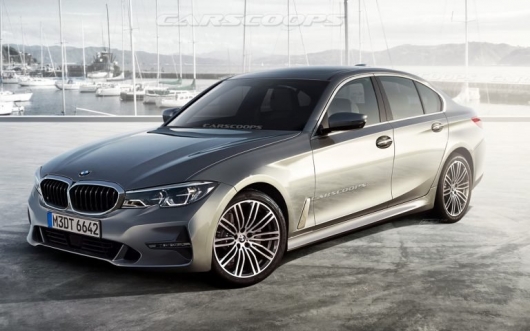 The all-new Third series in 2019 will be based on the CLAR platform from his older brothers. Despite the increased dimensions, the new 3 Series will be a little easier in the current model, thanks to the increased use of aluminum and carbon fiber.

Suspension will copy the elements of the 5-series, which means the front will have double wishbones in the back, you’ll see five levers. 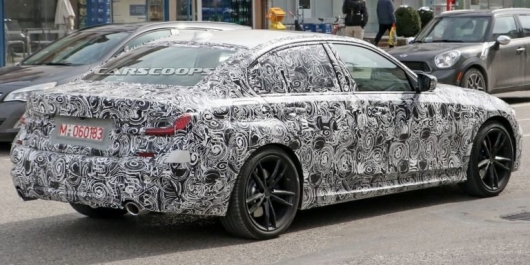 The interior will be significantly upgraded, in terms of quality and technology, with fewer buttons and advanced infotainment system.

The range will include two plug-in hybrid model, a little later, BMW will offer all-electric version of the 3-Series with a range of about 500 km. the Touring Model (wagon) and the high-performance M3 sedan (more than 450 horses, taken from the new 3.0-liter inline six-cylinder engine) are also included in the lineup. 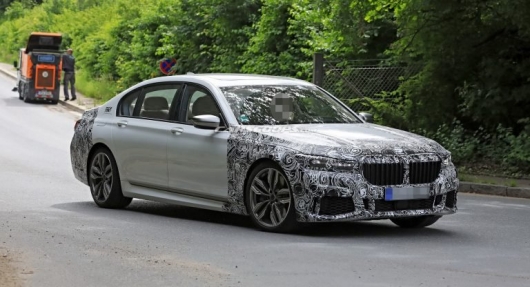 The Bavarian luxury flagship sedan will very soon receive a “facelift” due to the desire of BMW to bring it into compliance with the new rules of design dictated by the debut of the coupe 8-Series. Thinner headlights and a large, pronounced grille are key design changes and refinement appearance, which we also see in the serial crossover X7. 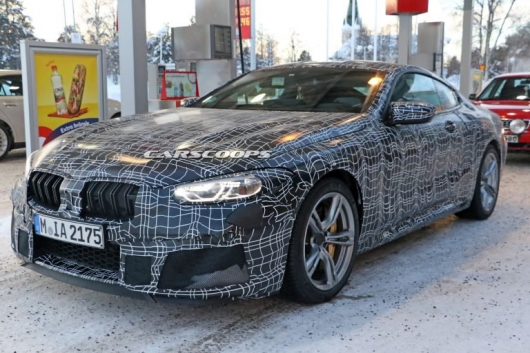 Production coupe 8-Series was only the beginning, as BMW plans to add two more body in the next year or so: two-door convertible and four-door Gran coupe. All three will eventually be offered in a version of the M8, with the most powerful version of the M5 powertrain, which produces more than 600 HP Figures will accelerate the sedan on the basis of the 8-Series in only 3.4 seconds.