What is the advantage of integrated exhaust manifolds? 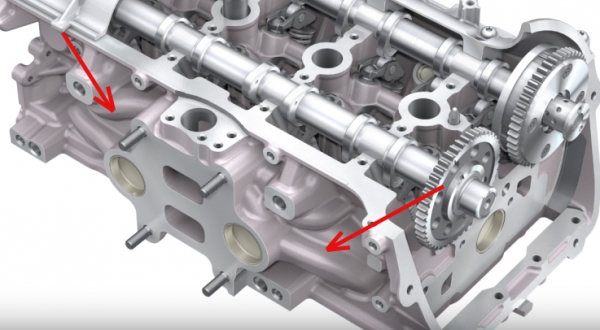 The positive side of the structure will explain Jason Fenske the “Engineering Explained”, he introduces us to the benefits of water cooling the exhaust manifold:

One of the main advantages of Fenske noted that the cooling liquid receiving the heat from the system exhaust gas warms up the engine faster to operating temperature, which increases the speed of warming up of salon and creates more favorable conditions for the circulation of oil in the lubrication system of the engine, its timely thinning and improving of lubricating properties, and, consequently, higher fuel efficiency, environmental friendliness and ultimately, the longevity of the engine.

Another important advantage of integration, he says, occurs at high engine loads when the exhaust temperature is extremely high, and they thereby can significantly reduce the duration of the life of the catalytic Converter, literally dumping it into a monolithic piece expensive but by the time the useless details.

Cooling of these gases, emphasizes Fenske, prevents the need of engine control unit to inject a greater amount of gasoline into the combustion chamber, to lower the temperature of the exhaust gases. This means that the model of 2017 Volkswagen Golf, at the wheel which swept lecturer, consumes approximately 20 percent less fuel on the highway. Not to mention the reduction of CO2 emissions , which are also proportionally reduced.

A third advantage, which was not mentioned in the video – weight and compact design. Indeed, the weight savings goes a significant, usually in ordinary vehicles use a separate cast-iron exhaust manifold, bolted to the block with a spacer between it and the engine. Integration allows to get rid of the manifold, bolts and gaskets, which can also act as a weak link in the system. 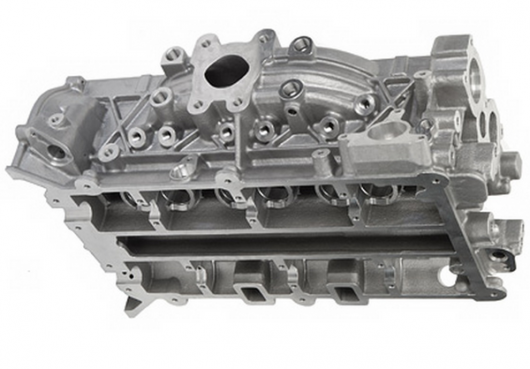 Closely connected with weight savings and compact “packaging” of the engine as integrated manifold, usually less than a separate manifold bolted to the engine and almost does not exceed the dimensions of the block. This advantage of compactness in may, according to information contained in the patent on the technology developed by Ford to help produce faster heating of the catalyst (as a consequence faster to reduce emissions after the launch) and to improve the response of the turbine, due to the shortened outlet pipeline, respectively, to the catalyst and the turbine.

Of course, Jason Fenske mentions and cons of this integrated system: a large heat load on the cooling system and create difficulties in tuning and configuring the engine.

But despite these shortcomings, the benefits (fuel saving, reduction of harmful emissions, heating, cabin, weight, response of the turbine) are hard to ignore. It is not surprising that this type exhaust manifold has become quite popular among automakers over the past few years.