A preliminary review of the Detroit auto show (NAIAS) 2019

Innovations at auto show in Detroit, 2019 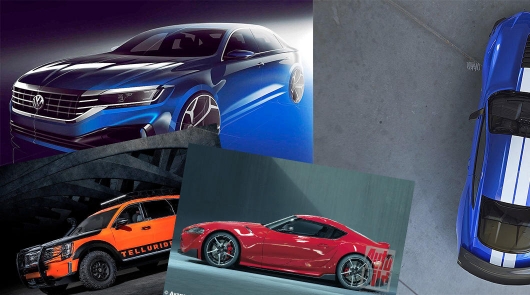 Kia Telluride, the new generation Volkswagen Passat for the U.S., Toyota Supra, Shelby GT500 and some other new items that will Shine as the stars of the NAIAS 2019!

The North American international auto show – abbreviated NAIAS is held in Detroit (14 to 27 January 2019) and will mark the beginning of 2019, the automotive year. One of the main exhibitions in the USA, American manufacturers Chevrolet, Dodge, Ford, Cadillac, Lincoln and GM will traditionally present their automotive innovations. The latest standard varies quite widely – from limousines to sports cars, from SUVs to typical American pickups. To the North American models will be joined by European and Asian manufacturers. They also want to start the new year with the auto show in Detroit.

Toyota uses this year’s first major motor show to unveil a reissue of the legend – Toyota Supra. This time it’s final decision. Volkswagen, in turn, can bring to Detroit a new generation of the Passat for the American market, and Americans are going to complement the lineup of luxury brand crossover Cadillac XT6. Infiniti will show a study on how to look like a modern electric crossover of the brand. Ford ready to present at the NAIAS 2019 not only sports car on a 700 HP Mustang Shelby GT500, but the new generation of the legendary Bronco SUV.

Traditionally, the motor show opens to the press a few days (14 and 15 January), after which the exhibition will open its doors to all comers for money.

Off-road version of the Kia Telluride 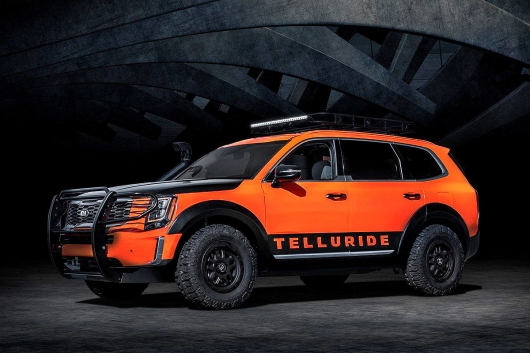 At the first major auto show of North America 2019 will be shown charged off-road version of the new SUV from Kia, model Telluride. A large SUV can accommodate up to 8 people.

The first approximate study have been observed in 2016. Engine “Telluride” (not sure of the correct transcription, but I think he will have to wear exactly what the name) can come from other Korean news, this time from Hyundai Palisade, where under the hood is already a 3.8-liter V6 power of 295 HP 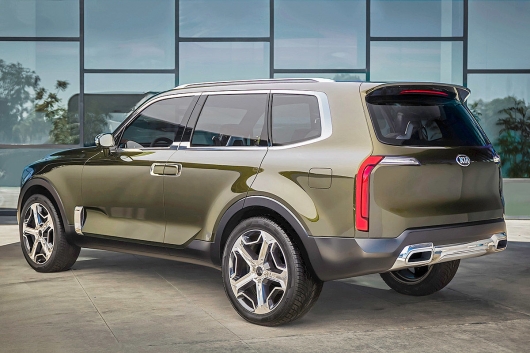 Korean new SUV from Kia will arrive to dealers in the United States in early 2019.

The concept car is a crossover from Infiniti 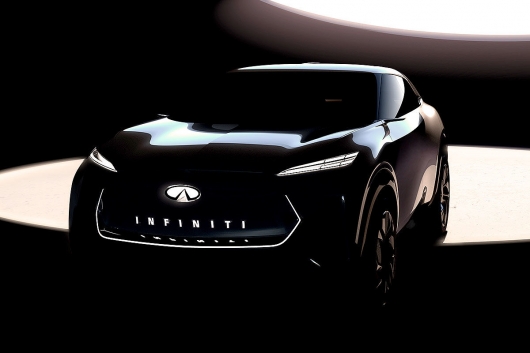 Infiniti has plans on sending electric crossover concept at Detroit. The car will feature a new design language with narrow headlights, a sporty shape and, due to the electric drive, plenty of space in the interior. Cameras instead of side mirrors and hidden door handles can also be put into serial production. 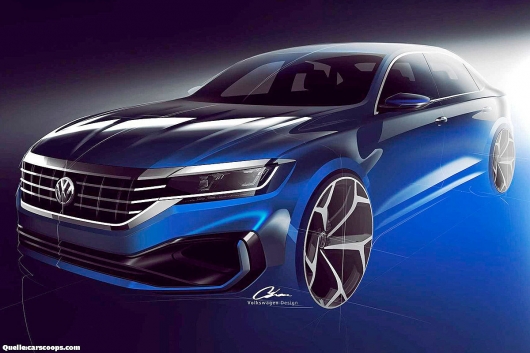 VW will show the new generation Passat for the US market. The U.S. Department of Wolfsburg has already published the sketches of the design of the limousine-sedan. The photographs, some design details remind Arteon. The American Passat retains the platform of its predecessor. VW eliminates of program, all V6 engines, and is supported entirely by four-cylinder version of the turbo engine. The range of electronic assistance must be extended as never before. 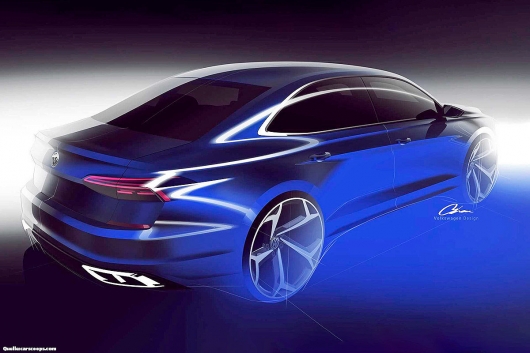 In other words, this should be one of the most technically advanced German sedans “mediocre.” 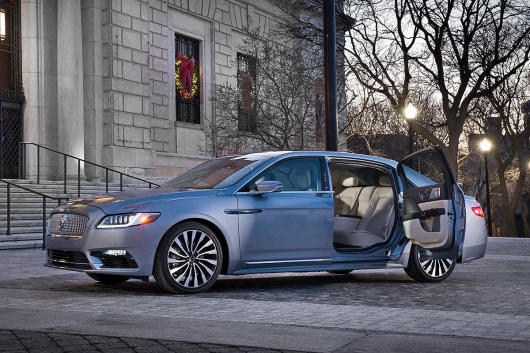 Lincoln will probably bring the “special edition” of his failed (in our opinion) new version of model Continental sedan. Perhaps this is the case when we can say: the earlier cars Continental was better!

Updated the 80th anniversary of the Continental versions are installed back doors open “against the grain”. Copies of the limousine, limited to 80 copies, will come with an extended wheelbase, which should help the rear passengers even more immersed in the atmosphere of luxury. 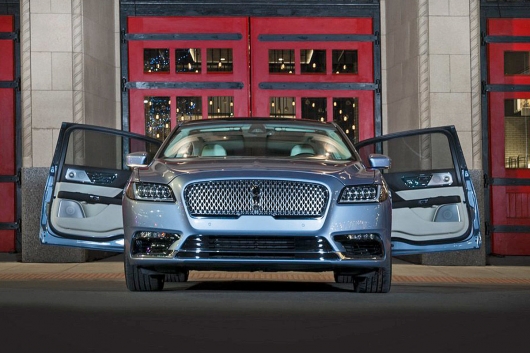 Salon of fine leather with adjustable 30 variations seats and a three-liter V6 power of 406 horsepower under the hood – these are a few changes that you should count customers. The cost special. the model will be biting from $100 thousand 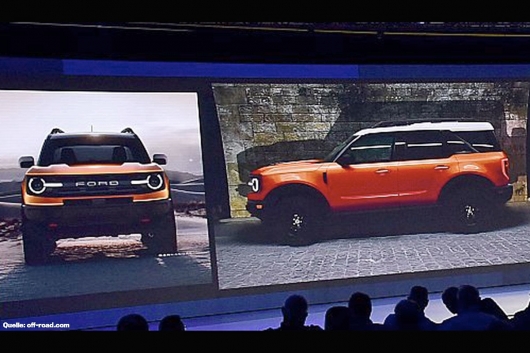 Ford can use a show for the premiere of the new SUV Bronco. His images have surfaced online, so the model no longer is a mystery.

For the little “Bronco” you can see the shadow of a big old “Brontosaur”, the mighty SUV of yesteryear. Both had round headlights, which was a hallmark of the first generation North American jeep. However, the novelty will differ by the fact that the model 2020 will be exclusively five-door, while its predecessor was made with three in the body. 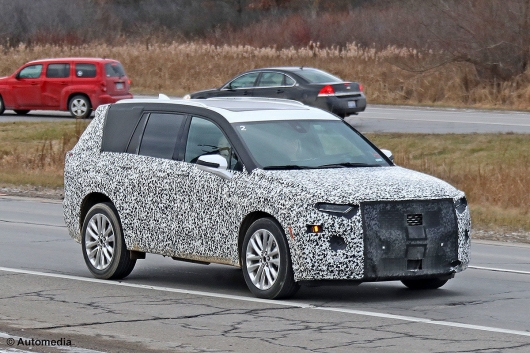 Another novelty of the Cadillac. The manufacturer is likely to unveil its new crossover XT6, which will be located in the hierarchy below the premium Escalade. The new model finally closes a gap in a model program of Americans. She also has three rows of seats. 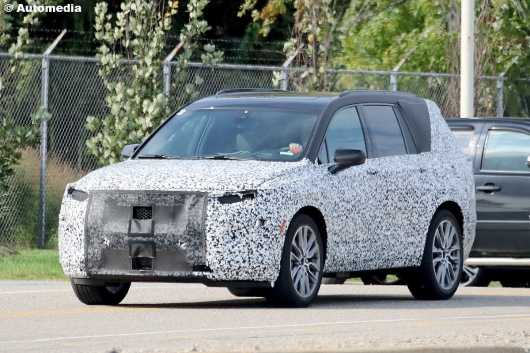 The crossover will likely borrow the style of their counterparts in the model lineup, but with a few private additions. The main type of drive will probably become a corporate 3.6-liter V6 petrol engine with direct injection, which should be about 310 HP. All horsepower and torque will most likely be fed through a nine-transmission to all four wheels.

In the top version, the power unit should be about 400 HP 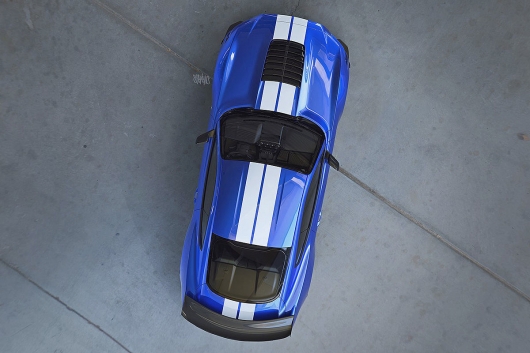 Ford will also fit at the Detroit auto show several models, including Shelby GT500 – top version of the Mustang. Rumor has it that the power of the supercharged V8 under the hood makes more than 700 HP If this is true, this would make the new Shelby GT500 the most powerful production Ford of all time. 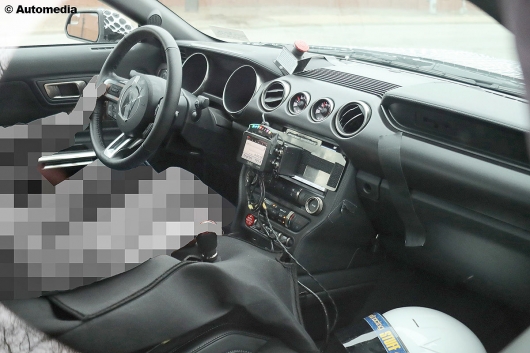 Ford also announced that parts of the brake system Mustang was printed on a 3D printer. Like the Bugatti! 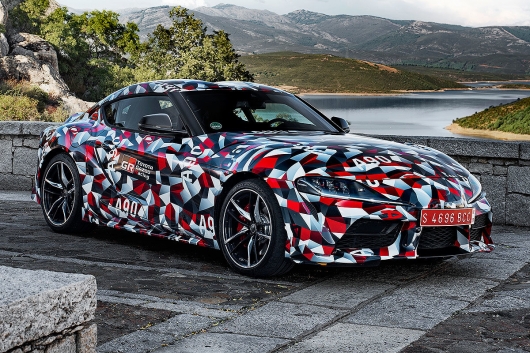 Toyota will present the production version of the new Supra at the exhibition NAIAS. The new generation of the sports car was co-developed with BMW and shared many components with the new Z4. Thus, it is smaller than last generation, but still stands clearly above the GT86. For assistance in working with BMW, you can see clear lines in profile. 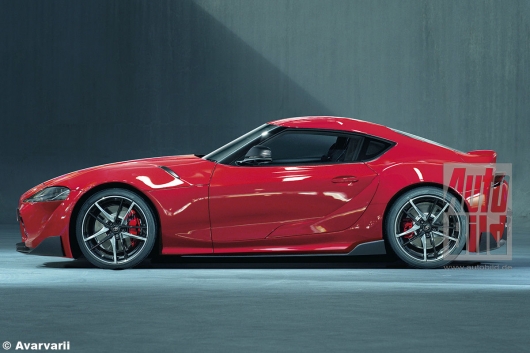 According to some, under the hood of the Supra would be the base two-liter four-cylinder engine with an output of about 197 HP, Its average version in the line will develop 252 HP Top motor can be a three-liter inline six-cylinder power unit with capacity of 340 HP