A blood test instead of a breathalyzer? Even if you are sober, they still can take away from you the right 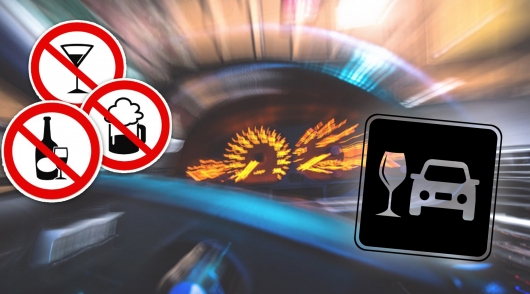 Many drivers who are not confident in their sobriety before driving, check your degree of intoxication using Amateur instrument which, today, buy not a problem. Yes, many understand that their testimony may differ from the readings of the breathalyzer used by the traffic police. Nevertheless, this does not stop some drivers who sit behind the wheel drunk. Many drivers believe that in the extreme case, instead of checking on the breathalyzer will have to go through the medical examination in the hospital, having tests. Usually in this case many drivers think that the examination in the laboratory will take some time during which the residual alcohol to evaporate from the body. Unfortunately, such calculations are not working. Even being sober, you can still lose your license. 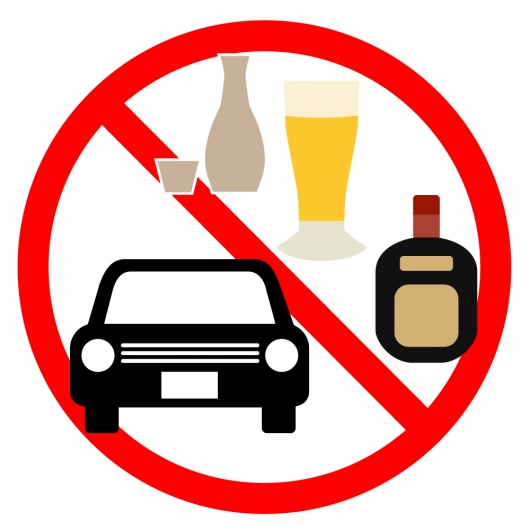 First, you should know that if a breathalyzer that you are sober (that is, the alcohol content in exhaled air is less than the permissible limits of 0.16 milligrams per liter of exhaled air), this does not mean that medical examination in the medical facility when blood alcohol concentration is below the permissible limits. Believe me, there are many cases when drivers are deprived the rights on the results of the blood test, although a breathalyzer test revealed excess of norm. Yes, this is the exception rather than the rule, but nevertheless the fact is the place to be. Moreover, the traffic police have the right to direct the driver on medical survey. That’s what it was warranted in accordance with law:

Secondly, you should remember that if you do not agree with the results of the audit on the breathalyzer, you have the right to demand a full medical examination in a medical institution, where there is a laboratory. 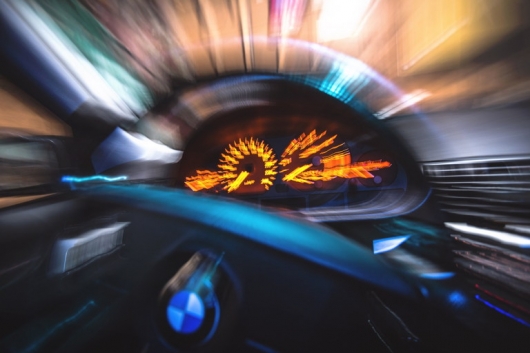 If you agree with the results of the survey on the breathalyzer test by signing the relevant document, the police may not direct you to additional medical examination, and the results of the alcohol testing will be the proof of your driving while intoxicated. 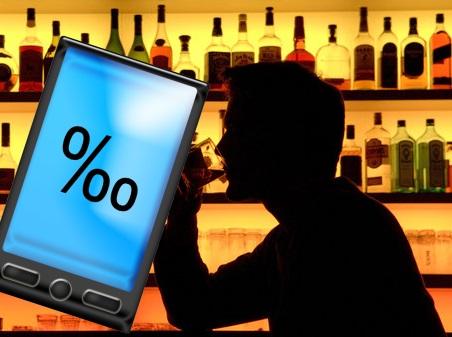 So, as you can see, you should trust your Amateur breathalyzer, sitting behind the wheel in a light intoxication or with a hangover. After all, your breathalyzer can display an incorrect value of alcohol in exhaled air, which can differ significantly from the readings of the breathalyzer used by the traffic police. But even worse, when you take blood to test the alcohol content. In this case, even zero readings of your handheld breathalyzer can actually be a presence of alcohol in blood is more than acceptable norm. Recall that according to article 12.8 maximum alcohol content in the blood is 0.3 gram and absolute ethyl alcohol in 1 litre of blood.

When the police has the right to check the driver for alcohol? 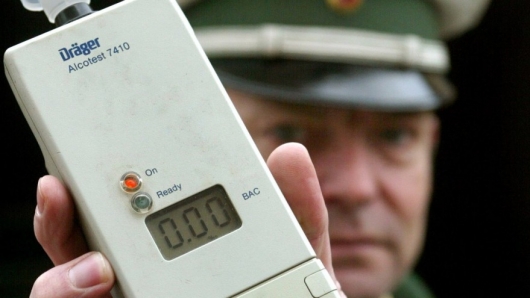 According to the Order MVD RF dated 23.08.2017, No. 664 “About approval of Administrative regulations of execution by the Ministry of internal Affairs of the Russian Federation the state function on implementation of Federal state supervision of observance by participants of traffic of requirements of the legislation of the Russian Federation in the field of road safety”, the police have the right to suspend the driver from driving a vehicle to conduct examination of the driver for intoxication. However, according to the current legislation to do this, the DPS must be a good reason. That’s sufficient grounds for examination of the driver: 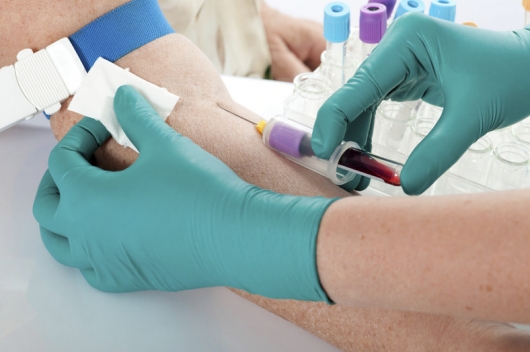 Then the traffic police are checking the driver on the spot using technical means of measurement that provides a record of the results of research on paper certified by the Federal service for supervision in the sphere of health, attorneys in the legislation of the Russian Federation whose type is included in the state register of approved types of measuring instruments (using a breathalyzer). In the absence of crew of traffic police breathalyzer alcohol testing can be made at the nearest post of traffic police or in a different room on the interior, where the special technical means available.

In some cases, the traffic police have the right to direct the driver to a medical examination for intoxication?

According to paragraph 234 of the order of the Ministry of internal Affairs of the Russian Federation No. 664 from 23.08.2017 years the reasons for the direction of the driver on medical survey in the health facility the following:

there is sufficient reason to believe that the driver of the vehicle is in a state of intoxication, and negative result of survey on an alcohol intoxication

committing an administrative offence by another person (except persons specified in parts 1 and 1.1 of article 27.12 of the Code), in respect of whom there are reasonable grounds to believe that it is in a state of intoxication

Please note that the traffic police are also obliged to compile a report on the direction of the driver on medical survey in the presence of two witnesses, or in their absence, with the use of video recording of the procedure Protocol. 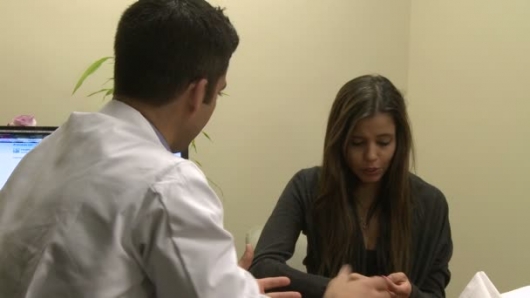 So, as you can see, even with the zero indicator of the breathalyzer, the police have reason to direct you to the medical examination in a medical institution in which there is a corresponding lab, where you can set the content of alcohol in the blood. 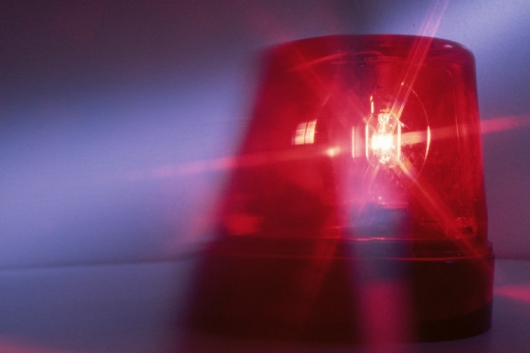 And not the fact that at admissible norm of alcohol in exhaled air you will not find the blood alcohol level greater than the statutory norm. In this case you risk losing the rights. That’s why you can’t drive with a hangover or in a light state of intoxication.

How to conduct a medical examination of the driver? 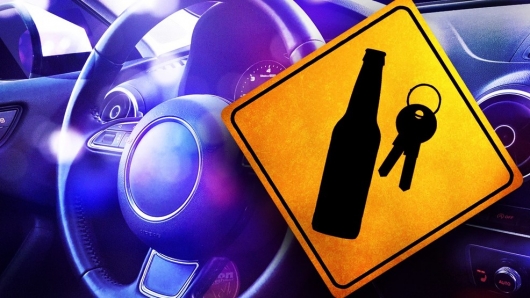 This procedure is regulated by Order of MoH of Russia of 18.12.2015 N 933н “On the procedure for medical examination for intoxication (alcoholic, narcotic or other toxic)”.

According to paragraph 4 of this order the medical examination includes the following examinations and tests:

a) the examination by a medical specialist (paramedic)

C) determining the presence of psychoactive substances in the urine

g) study of the level of psychoactive substances in the urine

d) study of the level of psychoactive substances in the blood

In some cases, when medical examination of the driver take a blood test? 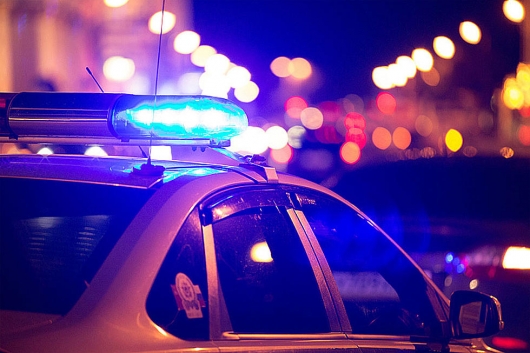 if you have the driver at least three clinical signs of intoxication.

The rule is also spelled out in the Ministry of health order No. 933н. We are talking about paragraph 12 of this order. Here’s how it looks:

When the medical examination of persons referred to in subparagraph 1 of paragraph 5 of this Order, the selection of a biological object (urine, blood) for chemical and Toxicological studies carried out regardless of the results of the studies of the exhaled air for the presence of alcohol.

When the medical examination of persons referred to in subparagraphs 2-10 of paragraph 5 of this Order, in the presence of at least three clinical signs of intoxication, provided by Appendix N 2 to this Order, and the negative result of the first or repeated studies of the exhaled air for the presence of alcohol is taken, a sample of the biological object (urine, blood) to be sent to chemical-Toxicological study to determine means (substances) or their metabolites (with the exception of alcohol) that caused the intoxication.