9 of the most expensive typos in the world

TOP 9 most expensive mistakes in the world.

Typos can be confusing. Can we be angry when he made the text a typo. Yes, all this nonsense, we reassure ourselves, to fix – not the problem. But did you know that typos can be expensive? And not only for people whose work depends on the knowledge of the difference between “once” and “never” or from where to correctly put the comma (“Execute not pardon”). In the world of typos, which cost at a fabulous price. We have collected for you the most expensive mistakes in the world. 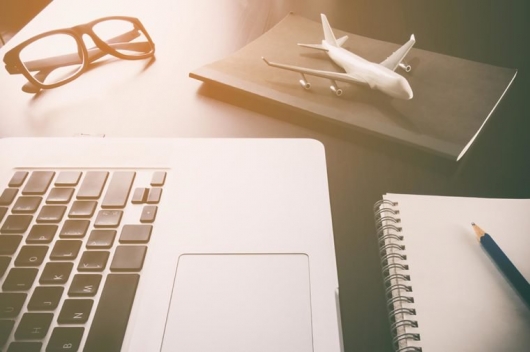 In an American telephone directory “Yellow pages” in 1988 started advertising Agency Banner Travel. Advertising had to support exotic destinations tour operator. But a typo in the advertisement produced a different effect. The fact that the promotional text is “exotic tourist destination” was written “sex tourist destination”.

According to the owner of the travel industry, the mistake cost the company 80 percent of the businesses (main customers of the travel Agency was elderly). The worst thing is that the error could not be corrected, as the directory with a typo in the advertising is already sold in large numbers. Advertising in the Handbook only cost $ 230. Later, the Agency sued the owners of the directory, submitting a lawsuit of $ 10 million, which won. 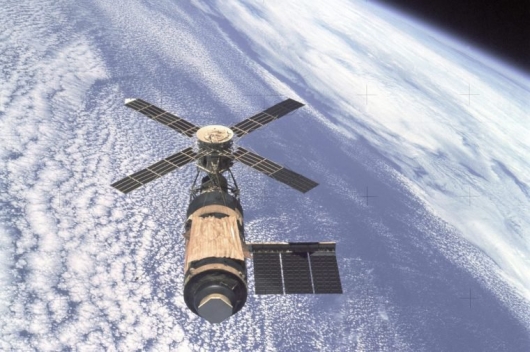 It was 1962: space race America and the Soviet Union was in full swing, and NASA was preparing to launch Mariner 1 cost of 18.5 million US dollars that was supposed to go to Venus in the first planetary mission of the United States. Official reports about what in the end made an expensive space probe to veer off course a few seconds after starting, contradictory.

Some experts believe that the cause was a missing hyphen (dash) in computer program code controlling the flight of the spacecraft. Others say that the code was missing a decimal. The official version in the program code were absent in the right place dash. In the end, the Mariner 1 probe lost control and he was ordered to explode in 293 seconds after launch. Science fiction writer Arthur C. Clarke called the missing punctuation in the code “the most expensive hyphen in history.” 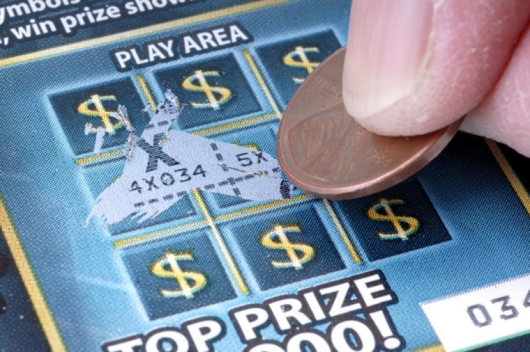 It was supposed to be a simple publicity stunt. In 2005, the Roswell Honda dealership sent to potential customers 30 000 lottery tickets, one of which was winning. The holder was to receive a prize of $ 1,000. Unfortunately, the marketing company that created the tickets misread the terms and conditions of the customer (dealership).

Also, no one noticed the mistake during proof-reading before printing the lottery tickets. In the end, 30 000 car buyers in the salon Roswell Honda got their tickets. Most interesting is that all the tickets were WINNING. Not being able to pay customers $ 30 million, the dealership instead offered to ticket holders gift card Walmart $ 5 for each winning ticket. Most buyers did not agree and, together, filed a lawsuit in court.

The mistake of the officials who destroyed the Empire 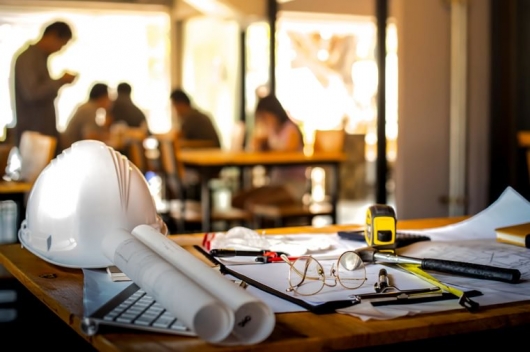 You can imagine how could two months go bankrupt 124-year-old thriving family business with 250 employees? And would you believe that the culprit was the letter “s”? In 2015, the state Registrar of companies in the UK announced that it would stop in connection with the bankruptcy of the activities of the company Taylor & Sons (the company was founded in 1875).

But in fact, was legally bankrupt, another company called Taylor and Son. The fact that the Registrar did not perceive a difference in writing companies. Despite the fact that the typo was corrected within three days, to the detriment of the company Taylor and Son was irreparable. Two months later, the company actually ceased operations. In the end, the owners of the company sued the British Government a claim for $ 17 million. The court found the government responsible for the damage.

The curse of the ancient Ales 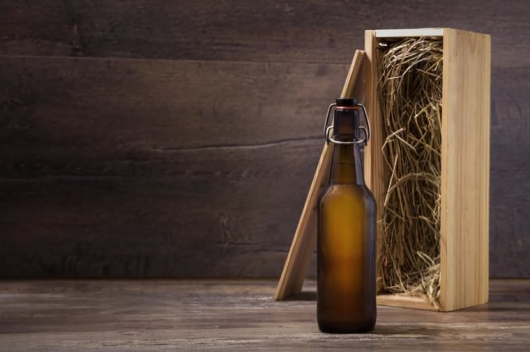 User of eBay learned as orthography can play with any person cruel joke. Especially need to be careful with what you write, when you put something up for auction. That’s what happened with one user of the online auction eBay. He decided to auction a rare bottle of Arctic ale (English beer), brewed in 1852 and beautifully preserved. The artifact is of Museum quality had to go for a lot of money, if the seller duly made the announcement, correctly specifying the name of the beer. The seller wrote in the auction title “Allsop’s” (missing the second “p”).

Accordingly, this item does not appear in the eBay search with the original name, so users interested in original vintage beer, couldn’t find a lot. As a result, the seller ale has received only two bids, selling an old bottle of beer for only $ 304. Eight weeks later, the very happy buyer of this bottle put the beer again on eBay. This time the auction title and the name of the beer was written correctly. In the end the seller has received 157 proposals. The beer bottle was sold for $ 300 503.

Tickets across the Atlantic at a price of $ 39 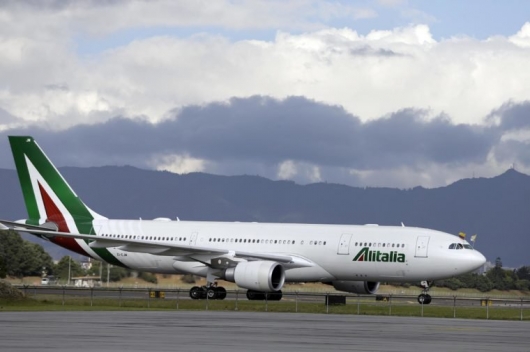 In 2006, Alitalia Airlines accidentally installed in your system by wrong calculation of cost of tickets on flights from Toronto to Cyprus. Tickets were sold for peanuts – $ 39, although it should have been at least cost 3900 dollars. By the time when the error was corrected around 2000 passengers have already booked tickets for an incredibly low price. Fearing the consequences of cancellation of tickets and lawsuits, Alitalia has decided to allow its customers to make the flight with incredible discount. In the end, the airline suffered losses of more than $ 7 million dollars. 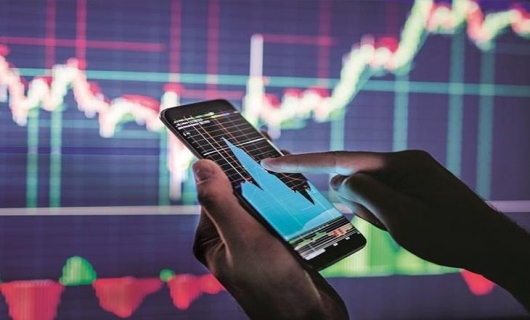 In December 2005, the largest Bank in Japan, Mizuho Financial Group by mistake broker lost 223 million dollars, which placed the erroneous bid on the exchange. A representative of the brokerage division of the Bank Mizuho Financial had to sell one share of J-Com that conducted the IPO for 610 000 yen (about $ 5,000). But in the end the representative of the brokerage company put an application to sell 610 000 shares of J-Com for 1 yen. Despite the fact that the error is identified, a request to cancel couldn’t.

In the end, unlucky trades in stocks lasted all day. The turnover of stock has exceeded 3.5 billion US dollars. It should be noted that after receipt of the erroneous application to the trading system of the Japanese stock exchange the company’s shares of J-Com fell to 572, 000 yen apiece. By the close of trading the company’s securities grew to 772, 000 yen apiece. At the end of trading that day the company has sold only 2,800 shares.

By the way, this case raised questions not only the reputation of the Japanese Bank. Most affected the reputation of the Stock exchange of Tokyo. In fact, according to experts, the auction could have been stopped, correcting the error. This is one of the most unsuccessful IPO in the history of the Tokyo stock exchange. Brokerage office, which conducted an IPO of J-Com to smooth their guilt, even announced a share buyback at an attractive price for shareholders. But reputational losses could not be avoided.

Crisis with a comma 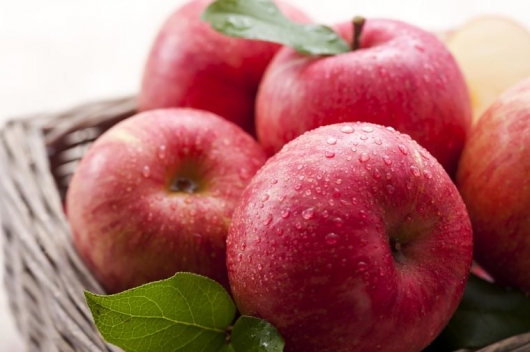 Twenty years before the word “typo” entered the English language, the US government has made an epic typo. In 1872, trying to restore the American economy that emerged after the civil war administration of Ulysses S. Grant accepted the tariff act, under which most imported goods taxed at 20 per cent. In the bill it was said that some exceptions, including “fruit, plants tropical and semi-tropical for the purpose of growing”.

In what here an error? And the thing with a comma. Initially it was assumed that tax will be exempt only fruit plants, not fruit, as this implies a stray comma. Importers took advantage of this mistaken law, have begun to import fruit in the United States. Those who have already paid duty on the import of fruit, also demanded a refund of overpaid tax. As a result, in accordance with the letter of the law, the U.S. government was forced to return to the importers, approximately $ 2 million in fees, or about 40 million dollars by modern standards.

The cost of the error: 38+ million dollars.

A typo, which many of you did this morning 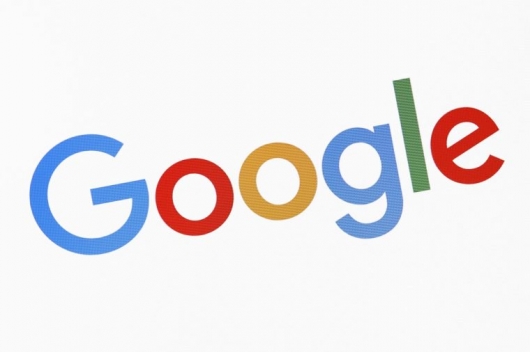 If you start to feel smug, keep in mind that even your typos are worth their price. Do you know how much money Google is losing when people are wrong in the browser line enter the name of the main page? After all, the typo in the title of the website sends you to a completely different place. So Google and other companies are losing money. People are hitting the sites with similar names to known sites, click on these fake pages is, bringing those who bought similar names of sites, millions of dollars.

Mostly buying up similar site names is a harmless way to benefit from typos by users of famous web sites. Sometimes, however, a misspelling of the known site may lead you to a website that was created to cyberattacks. Yes, sometimes hackers also buying up similar names of well-known Internet resources with the aim to infect your computer or smartphone with a virus. So when I write in browser the name known website, always check that print. If you are not going to do it you can be expensive.

The cost of the error: 487 million dollars a year.