8 crazy travel in the most inhospitable places on earth

8 the worst places on Earth for the driver 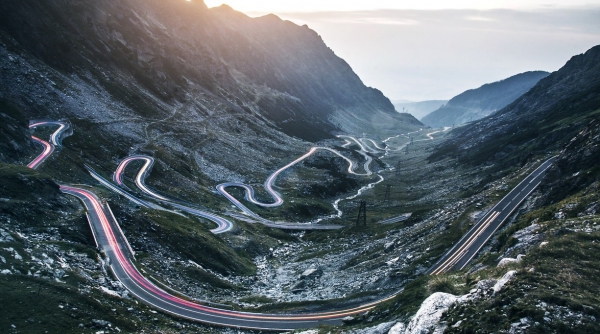 Travel by car is a favorite pastime of every motorist. But a quiet trip with friends is always something missing. Probably the adrenaline! On the road quite a thrill, especially on the routes that we offer. This trip will test you and your machine to the test. 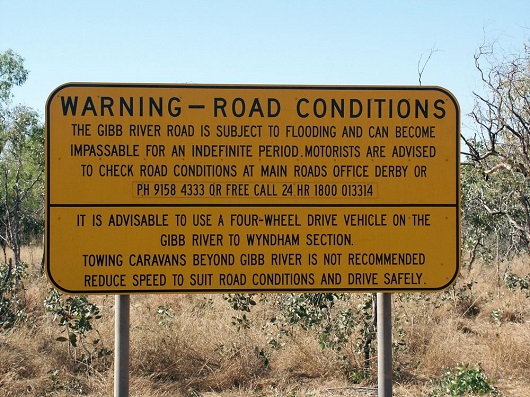 Many among those who live in the Australian Outback (the Australian Outback) and who often have to pay a visit here, has acquired special skills of survival. The fact that the sand in this desert region can be so small that, once in the engine, just give it inoperable. The distance between the cities is just huge, have to travel a few days on the road and without any hint of civilization. If a machine something’s going to happen, then the driver should be all you need to survive until it to save. So, leaving, you need to inform friends or family where you are going and when they should arrive at the destination. For these people has become the norm, that people can disappear for a few days, so they’re not surprised by anything.

But not only the fine dry sand problem on the road. In the rainy season (November to April), the sand seems dry, but it is only on the surface. Under that dry crust is damp. If you try to drive on a road, the car will stick. If you like to ride off-road, it is one of the most exciting places. Just not sure how to prepare.

Not yet built this way, very unreliable stairs, carved directly into the mountainside, was the only way to reach the village of Guoliang. The locals called it “stairway to heaven”. In 1972, 13 local farmers decided that they needed a normal way. They gathered together and began to lead the way up the hill. At the end of the road length of 1.2 kilometres took five years. During construction, several farmers died.

The result is amazing. The road passes through steep mountain slope and its width is only enough for one car, so to share the road two cars can be deadly. But once you overcome this way and stay alive, you will see breathtaking scenery — the roads surrounding the village, spiralling around the mountain Taihang.

The way this smug upstart Jeremy Clarkson, with the help of his assistant James may, of course, was able to get to the North pole, anyone can. In General, you are not right. Yes, they were the first people on the car got to the North pole, but along with them went the team of operators, producers and experts on survival in extreme conditions. Not to mention the fact that they were driving the latest Toyota Hilux, equipped with everything necessary for such a trip.

Despite this, they barely managed to reach the finish line: deep drifts, ice and idly wandering polar bears. It was a real test of strength. 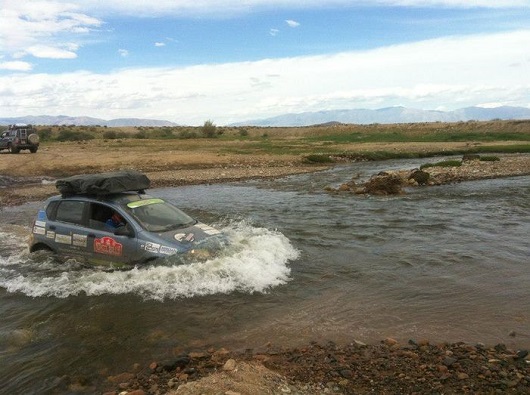 In 2013, my friends and I took part in the Mongol rally. It was the best thing I tasted in my life. I guess I won’t do anything as cool as this, but sorry …

In any case, I recommend everyone to try yourself in this challenge, but I warn you, it will not be easy. According to the rules, you should be cheap and/or totally unsuitable car. We chose the Chevrolet Kalos. This year someone drove a Porsche. The car caught fire.

Along the way, we are faced with the harsh guards, knee-deep potholes, corruption, police, crossing water obstacles. While we’re at four days stuck at the Mongolian border, met a man with a huge cut on his nose, which he received from a blow with a machete in Iran. The whole day I went to tow my Kia Rio from the desert. In General, it was very hard both physically and mentally, but it was worth it. 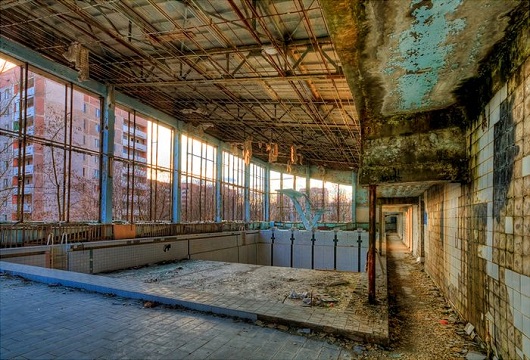 The accident at Chernobyl — a terrible accident. I was in the Chernobyl Museum in Kiev two years ago. I was left with a lump in my throat as I listened to stories about firefighters who risk their lives trying to extinguish the flames.

Now, 30 years after the tragedy, the neighboring city of Pripyat, where lived the former workers of nuclear power plants, was abandoned. There are strange feelings when looking at photos of this city, now ruled only by nature. If you have enough courage, you can tour this region, and that made the presenters of Top Gear. Turn around, and you can expect big trouble. But if the route is all right, then you will be able to enjoy riding through the endless desert road.

6. The road to Kolyma (the road to bones), Russia

The story associated with this “road of bones” is shocking. It was built by Russian prisoners, and the death of people because of intolerable working conditions was not uncommon. The corpses were left on the road, as it was very difficult to dig a grave in the frozen earth. Therefore, on a gravel road you can find the bones of the builders. Approximately 150 kilometers of paved roads and the remainder is gravel.

The driver will have to face not only the difficulties of the road, but the weather surprises. Winter in Oymyakon incredibly cold. Oymyakon is located near the part of the road. This place is considered the coldest populated place on the planet. 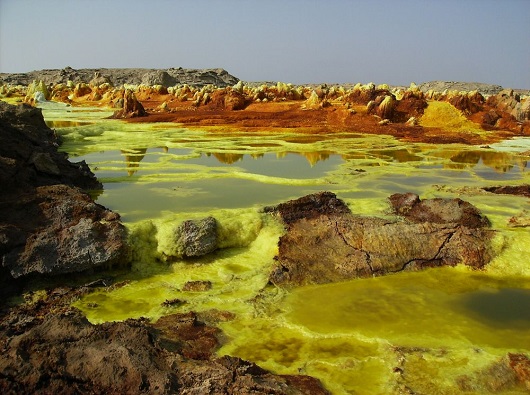 So, from the coldest place we’re moving this summer. The town of Dallol now empty, nobody lives here. In 1960-1966 years, the average temperature here was 35 degrees Celsius. It was unbearable conditions for residents. In the middle of summer the temperatures rose to 50 degrees.

The only way to get around is four-wheel drive vehicle and lots of bottles of water. But those who dare will see the amazing “cosmic” landscapes.

Ice road became the main character of a series of documentary programs. Truckers come to other truckers that overcome this dangerous path, and bring them the necessary survival stuff.

Driving on snow and ice is already dangerous in itself, but the road runs over frozen lakes in the winter so the routes appear which are not present in the summer. Especially dangerous situation is in the spring, when the ice begins to melt, turning into slush.