71 – year-old Frenchman began crossing the Atlantic in a barrel

Wooden barrel and a retired paratrooper in the waters of the Atlantic: an adventure in three months 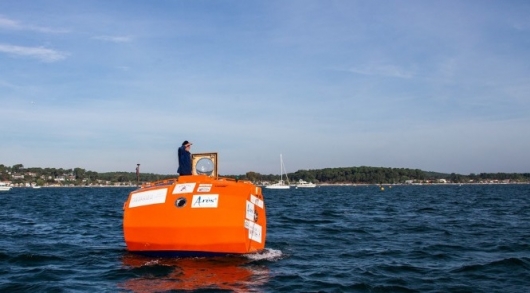 The ancient Greek philosopher Diogenes, as we recall, lived in a barrel. He was a cynic who preaches the simple but not available today”reasonable” thing, that happiness cannot be purchased, but, nevertheless, it is available to all, just to get rid of the conventions and iskusstvennost, to endure hardships and to grow and evolve, tempering the spirit and character. Such a person is impossible to break and almost impossible to turn from his chosen path.

Probably, therefore, the 71-year-old Frenchman Jean-Jacques Savina is considered to be one of the followers of that distant thinker. Mentally and technically, our contemporary, very close to him in spirit. The fact that the Savin had built himself a large barrel (though not of clay, but mostly made of wood) with a bed, a small kitchen and a few Windows, to not just live indefinitely, but to swim across the Atlantic, placing himself inside on one side of the ocean and coming ashore (if you’re lucky) to another.

Remarkably brave pensioner will rely solely on the will of nature, because in the barrel there is no engine, it will use ocean currents to arrive at the destination (South or North America). The other day a brave man went to the Canary Islands from the African coast.

In an interview with the French newspaper, Jean-Jacques said that the idea came to him after reading a book by French yachtsman Alain Bombing “overboard according to his will”. In its final part he mentions about the idea of swimming in a barrel. The Bombing did not work…, but our modern Sinbad the sailor, all in front, at least because he took a chance. 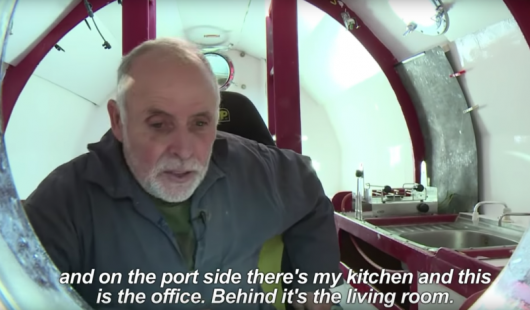 On the ship, it seems, has solar panels for electrical equipment, but the rest of the interior looks to be fairly minimal. That barrel is not tumbling in the waves, at the bottom it seems like it should be fastened to the keel or at least the deck has some ballast for balance.

The adventure carries the information online, since the movement of the sailor and his progress can be tracked on this web site: share.findmespot.com

Military parachutist, retired, expects it will move at a speed about 1-2 mph (1.6 – 3.2 km/h), and it means that his trip may take at least about two to three months.

In addition to the usual range of food and supplies Savin also hid foie Gras and two bottles of wine, white for the New year and a red one for his birthday. Provisions and fresh water on Board.

Along the way, the Savin will drop GPS markers so the French Oceanographic organization JCOMMOPS could study ocean currents. Also it will come out of the barrels to swim, stretch their legs and catch fish for food. Fortunately, the sailing will be held in the warm ocean waters.

In General, we wish the man good luck! The main thing is that he never swam instead of America, somewhere in India… But then you never know.