Here’s what you probably were not taught in driving school.

Did you know that on the road there are unwritten rules that must be followed along with the Rules of the road, approved by the government at the legislative level? Alas, while training in a driving school some of the things instructors do not explain, focusing only on SDA. But without the unwritten rules of driving will be difficult on the road. Here are seven major unspoken rules for drivers, which is desirable.

1. You have to be polite on the road and know how to thank another driver, which you missed

You can’t merge into the main traffic, stuck for a long time in the acceleration lane or on the unregulated intersection? You are nervous and don’t know how to fit into the traffic on the main road? Nobody skips as if not noticing? Familiar? Unfortunately, very often people are inconsiderate towards others. But not all are.

So even if you idle a long time on the road, still there is someone who will notice you and give way, stopping your car. Of course, you will have to thank his rescuer. But how? Just raise your hand and nod slightly. Also, riding on the road, to turn for a short time the emergency lights, which give you will show you the way to the driver that you are grateful to him.

2. Driving a car with gloves on easier

Surely when you were taught in driving school, you hardly who said that driving with gloves is easier and more comfortable. Especially if we are talking about a car gloves. The thing is that the gloves do not give to slide hands on the steering wheel.

In the end, all your actions will be clearer and more correct.

3. How to avoid traffic aggression from other road users

Unfortunately, the driving schools do not tell how to escape from road users aggressive behavior towards you. How not to provoke the aggression of other drivers on the road? You know? Why are these things not explained in schools?

This is a very important part of safety on the road. But, alas, avtoinstruktor in schools, on the contrary, teach future drivers not to pay attention to other road users. Most importantly, in their opinion, strict compliance to traffic rules. The rest of the problems of others.

Surely you’ve seen cars driving schools often provoke on the road traffic jams and dangerous situations. On the one hand, to the cadets, sitting behind the wheel of these machines, you need to understand.

Because they are still inexperienced drivers. Therefore, mistakes can be forgiven. But on the other hand, why not avtoinstruktor teach future drivers, in turn, be sensitive to others? In the end, inexperienced drivers, only received the rights go on the road and without a twinge of conscience begin to blunt on the road, not paying attention to anybody around.

Yes, of course, the audacity – the second happiness, but still every driver should know how to drive the car so that no one is to provoke aggression. Remember that you are not alone on the road. 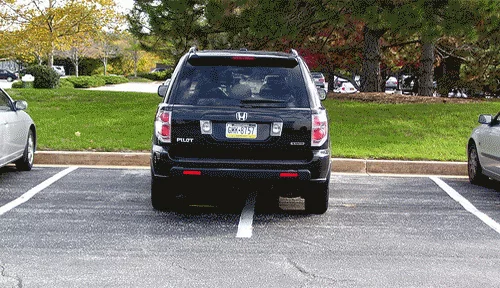 You probably noticed how horrible many drivers are parked. Unfortunately, this applies not only to those who are driving. Alas, many people in our society live by the principle “neither myself nor the people”.

For example, what do you think of when you Park your car in a public Parking lot? Of course, all we care about is to put the car so that it, God forbid, no one got hurt.

But, unfortunately, at the time of the Parking, we often forget about others, ultimately putting the machine at random, depriving other drivers of Parking spaces. Do you know why is this happening more often? No, not due to the fact that on the road most motorists are selfish. All easier.

The fact that many do not even think about. But if the avtoinstruktor still in the process of learning taught beginners to correctly Park the car, thinking of others, then today on the roads would be more considerate drivers.

So it’s time to reconsider their behavior when Parking. Start simple – Park at least strictly on the lines marked in the Parking lot.

And no need to be like those who incorrectly parked, on the principle of “once someone has done wrong, and I’ll do the same thing.”

5. Do not immediately start from the place as soon as the green signal of the traffic light 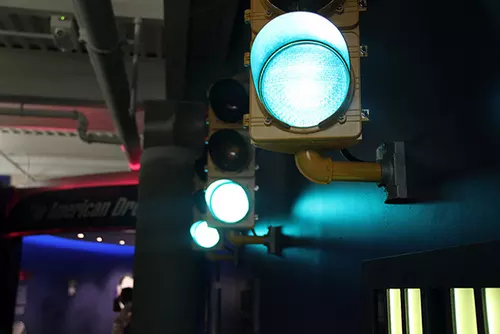 For many drivers on the road, the green light was like a red rag to a bull in a bullfight. You’ve probably seen time and again on the road as the drivers start from a traffic light like on the track, forgetting to look at the intersection of the sides, which often leads to accidents. In any case does not touch sharply as soon as the green signal of the traffic light. Especially if we are talking about the intersection.

Because immediately after switching on the green signal, someone may not have time to complete the maneuver for the passage of the intersection, or someone decided to tempt fate, driving through a yellow traffic signal. Unfortunately, not all avtoinstruktor teach you to hit the road on a green traffic signal. But you have to take a similar style of movement for the rule. So your driving will be much safer.

6. Warn people about the danger on the road

Here’s another thing I forget to tell avtoinstruktor in driving schools. We are talking about, in case of danger to warn other road users of the danger. For example, imagine a situation where you are moving on a highway, approaching a pedestrian crossing (alas, in our country unlike other countries a lot of pedestrian crossings on high speed roads) where the road is pedestrian. Under the law you must yield to him.

Of course, you have in this case quite sharply to slow down. But with a sharp decrease in speed on the highway the car behind you may not be able to stop. Especially if you are not on time will notice that you drastically reduce the speed. To avoid this, you have to think on the road is not only about themselves but also about other road users.

For example, in this situation you need at the time of reducing the speed to alert the driver studieuse car about the danger. To do this, turn on the hazard lights. It is advisable to do in advance, before the stop. So you warn other road users of the danger that would give them time for a safe stop.

7. How to make it clear that you are inferior?

You know what one of the most frequent causes of accidents? Yes, of course, is a violation of traffic rules. But not always accidents are due to violations of the law. Very often drivers get into an accident because of misunderstanding each other. Often such accidents occur on level ground.

For example, sometimes polite and decent drivers trying to give each other the road. But sometimes when such a mutual respect and misunderstandings happen. For example, it so happens that you decided to give way to another driver, seeing that he did not understand your intentions. In the end, you decide to pursue a path that may be unexpectedly blocked by a driver who belatedly realized that you wanted to give up. Very often such situations end in stupid accidents.

But how to make it clear to the other driver that you decided to yield? Very simple. Pomagajte the driver with high beams or driving lights. Can also show their desire to give gestures. So, you increase the chances that you understand.