7 the best engines for the last 20 years 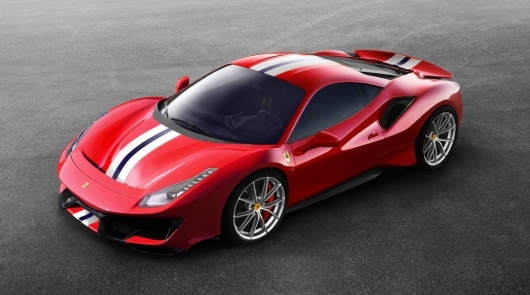 According to a reputable auto Ferrari took the palm in the race among the best engineering solutions, creating an almost perfect engine. 3.9-litre V8 with two turbines is not only an extremely powerful but also has many other positive features, which you will not find in motors, even if you look at the history of 20 years ago…

The news that a 3.9-liter Ferrari V8 engine mounted under body elegant model 488 Pista codenamed “F154” has risen to previously unexpected heights in terms of power – now he develops 711 HP – won the award of “Best engine of the last 20 years,” heard, perhaps, everything. But is this the only modern car engine, which can be called a living legend in the modern automotive community? No, it is not so far from the truth. “F154CB” is certainly fine, but there are many other engineering masterpieces that are close and some even surpass his Italian colleague.

Let’s go through some of them.

This Japanese V10 was in the recent past a very popular alternative to the Italian “eight”. So we remember him and at the time opinion of him has not changed.

Designed with only one purpose – to be the best, technically superior engine, which Lexus was only capable of 1LR-GUE, came straight to the point, once in the category of rare items of history, where science becomes art.

It was first a lot of things. New technologies, new combinations of materials and weighed it all no more mediocre V6. Maybe 560 HP is not so excites the minds of madmen, for whom speed is the main indicator of the quality of the car, but for professionals that have enough head to unlock the potential of rare supercar (only issued 500 copies).

Lightweight forged internals cope with a compression ratio of 12:1, while the motor was moving so quickly that the arrow is an analog tachometer could barely keep up with such speeds. From idle up to cut-off, the second is 9.000 rpm – required no more than 0.6 seconds.

Unusual 72-degree angle between the cylinders, as mentioned, was perfect for balancing the movable parts of the motor. It worked very smoothly, had incredible throttle response throughout the rpm range and sounded like a Nightingale of the June night.

All these achievements have made him a legend. Even somehow it is strange that such a trivial motor never won any category of the international awards “Engine of year” and were supposed to…

Incredible how Porsche was able to squeeze out of its boxer sports motors, specifically designed for the 911 series over the years. Of course, with its four liters – block is hardly a baby, but it weighs actually not very much, it has 500 HP (368 kW) and has a very winning position mass distribution – low center of gravity and boxer engine.

The latest version of the 911 GT3 is the one that we chose for our top. Going under a convoluted acronym for “MDG.GA” in the technical documentation, the Porsche version of the engine has received extensive modifications in comparison with its predecessor, becoming the model 911 991 under the index, raising the ceiling up to 9,000 rpm.

We will focus our attention, we are talking about the boxer engine, which without the use of a serious sports technology is almost impossible to “roll out” to speeds.

We are also surprised by the fact that despite the recognition of the international expert community of the merits of the mechanics of the Porsche sports motors, the company never got the only decent place in the ranking is first place. This omission should be corrected.

I want to clarify before we face the wrath of the commentators. No, we do not compare the four-cylinder engine Honda S2000 with 4-liter engines Ferrari 488 Pista. It is different weight categories, like comparing Mike Tyson and Kostya Tszyu, both Champions in their category, but to mention it costs at least because in its history, “F20C” showed his best side as a flexible platform for tuning and evolution. You can also 100% say that the scale of achievements “F20C” more massive, given that the Foundation of Honda motor appeared almost 20 years ago.

Honda developed this engine specifically for sports S2000 Roadster. This fact instantly made the car special. It used advanced (for the 1990-ies) materials, allowing the pistons to “pass” to 24.6 meters per second at maximum speed that was unprecedented. In this case, it is not surprising that this power unit has long been enshrined in the record for the highest specific output among all serial atmospheric automobile engines, until, many years later, not a model of a Ferrari 458…

F20C is the most efficient engine, which could obtain such status at the end of the 20th century. This should be sufficient to enable the model to the list.

The first engine that AMG has designed their own from scratch. It can be considered as a reference in many ways. The 6.2-liter M156, hereditary reasons oboznacheniya index “6.3”, was a ballistic projectile, a rocket launcher, allowing for MB AMG to do extraordinary things.

If awards for the best engines was heard solely on the basis of character, M156 would be out of competition for many years. Uncompromising, with a quick response to the gas pedal, with the memorable “juicy” sound, which you can only dream of… And more adrenaline poured into the fire chassis W204, which sometimes could not effectively rein in rogue motor.

Based on the AMG engine was designed the racing version of the M159, which was set in a serious racing car – the SLS AMG. What other arguments are needed for the connection of the motor to the list of “Best engines”?

Engine from General Motors, it can be remarkable? Yes, like anything. However, in an impromptu top it also includes. The eight-cylinder version of the LS1 to fulfil its potential as a donor for various projects that require an inexpensive (by the standards of the USA), affordable but powerful engine.

Life third generation American V8 began in the mid-90s, his status as not kill the “machine” was confirmed a year later. Its power is easily crossed 350 HP Tuning was not complex and burdensome. Thanks to its compact dimensions LS1 fit easily into any vehicle that had 4 wheels.

There is no high technology, it is the people’s love and respect. Perhaps it could be called the analogue of the domestic 1.6 – liter engine from AVTOVAZ, which also became a legend due to its durability, capability refinement and accessibility.

Slightly less available V10 engine from BMW. It can be seen on such models like the E60 M5 and E63 M6. The uniqueness lies in the fact that it was developed under the program, development of engines BMW Sauber F1 in the V10 era the use of the “Royal races”. Imagine what technology it uses?

This 5.0-litre V-twin engine could spin up to 8.250 rpm of the Second engine in the Top 7, which received the award “Engine of the Year” in 2005 and 2006. It had many sporting innovations, but one of the coolest can be called unrealistically high compression 12:1 and custom, the order of ignition of the air-fuel mixture, which made it incredibly technologically advanced.

He had 10 separate electronic actuators, throttle valves, allowing the German sports car sedan to be incredibly responsive on the throttle. Was this technology, and minus – M-Ki in those years was incredibly voracious. But it was a small sacrifice for great achievements.

The decision of Mazda to continue to study the technology of rotary engines was a bold, but ultimately doomed to failure. Say special thanks for this ecologists and taxes. First, sales fell in Europe, and then collapsed around the world.

However, the motor 13B-MSP from the RX-8 once again defied the dogmas, earning the status of best new engine in 2003. Since then 15 years have passed, and the compact sports coupe still looks amazing and modern.

Interestingly, the latest version of Japanese Wankel engine “Renesis” could also work for hydrogen. Mazda built a bi-fuel concept in 2008, which could drive on hydrogen up to 90 km, producing nothing but water vapor, before switching to gasoline.

Although it has not yet been put into production manufacturer Koenigsegg, technology Freevalve definitely going to the masses, sooner or later will become a real breakthrough when it happens. Oddly enough, there is the first Guinea pig, who agreed to test their cars the new vaccine is a Chinese company Qoros, which will use the technology in its “3” model. Tests are on a 1.6-liter engine. Rather, a pass – first working prototype is already running in production.

The system does not have throttle valves, camshafts, timing gears, bypass flaps for exhaust gas and direct injection system that makes the engine much easier, safer and cheaper to produce, not to mention the environment. When will be the mass release is going to be a revolution.