7 modern security technology that are brought to the market Mercedes 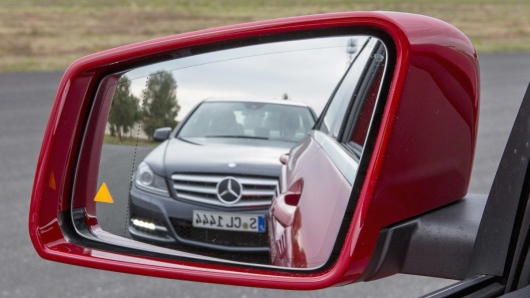 Mercedes was one of the most advanced automakers, pioneers in the implementation of many security systems, which in the end is not just extremely common, but simply necessary in the operation of any modern car. As you know, technological advances allowed the Germans to get ahead of their competitors around the world in the early – mid 70-ies of XX century:

Then followed a series of introductions of breakthrough technologies that Mercedes has managed it is not easy to get ahead of all the other brands, but once again to spearhead the development of the automotive industry: the Technology appeared on the market, thanks to Mercedes S-class

An interesting fact is that 40 and 30 years ago the ordinary motorists did not see any practical benefit from the use of security systems. Regarding ABS, they reasoned like this: “electronics can’t be faster than my legs”, some drivers thought so even at the end of 1980-ies. And I must say that was partly right.

The remarkable fact that, when 1978 Mercedes-Benz S-Class W116 series was introduced in the serial use of the ABS system, security technology braking, which driving primitive electronic “brains” repeatedly let go of the brakes to prevent lock wheels, the people of German motorists gave her a derogatory name “Zaika”.

Years passed, decades before motorists are accustomed to and realized that the electronic technology has become faster than the majority of ordinary drivers in the world. With the development of computer technology, Mercedes was able to progress from simple and “blunt” of the ABS system of the first generation, to the modern Mercedes-Benz Intelligent Drive.

Progress is constantly forged in special landfills Mercedes-Benz. In September 2018, the German Chancellor, Angela Merkel, opened the latest test center, which includes more than 30 different test tracks and test on an area of over 500 hectares. Approximately 70 kilometers available as test routes, of which 55 km are paved. For the development of security systems and automated assistance technologies on a global scale, at the site of present road markings as Japanese roads and highways of the United States. According to him, the robots learn to correctly read information in all conditions.

Here is a brief history of these systems and personnel with the German test sites of different periods: 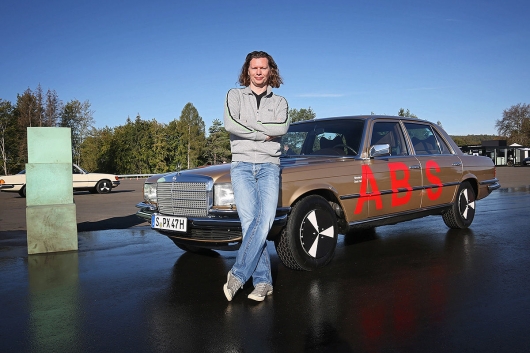 1978 – ABS: even 40 years after the series come from the 70-ies, S-Class W116 body still adjusted to cope with extreme situations 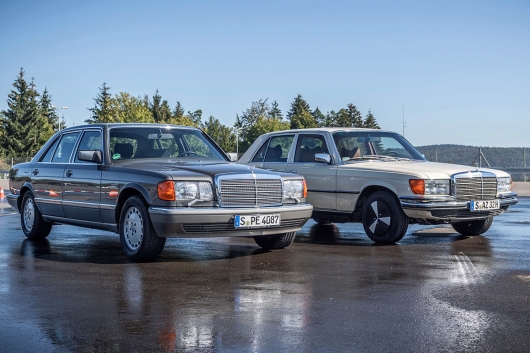 Muscular 6.9 litre V8 model 450 SEL playfully dispersed “ship” to significant velocities, and in those moments when I had to besiege 1.7 ton car in the case enters the ABS system. On slippery or wet roads the car never lost traction and was able to maneuver while braking. 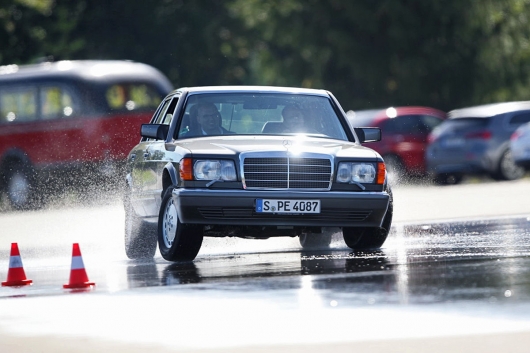 Before you a good example. While white 280 SE model without ABS flies right through the foam blocks, a similar model with ABS out from shock. In 1978, the message was as clear as today’s digital technology saves lives! 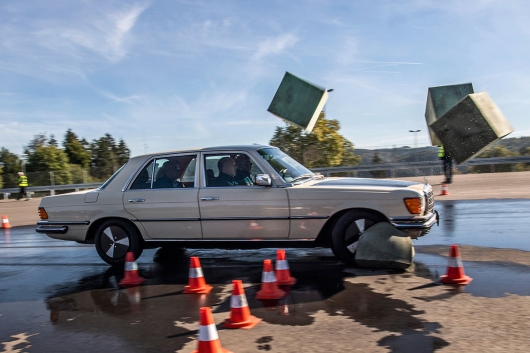 1985-ASR, ASD and 4 –Matic: in the 1980-ies there were technologies that could resist the slippage of wheels during acceleration. All because for a decade the cars have become more powerful. They had V8 engines with high torque. Thus, the slip of the driven wheels has become a headache for engineers. Especially in the winter or on slippery from the rain the roads. 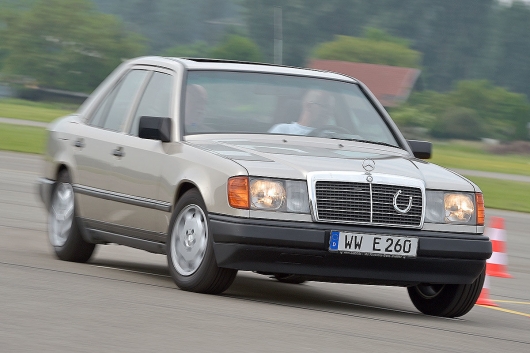 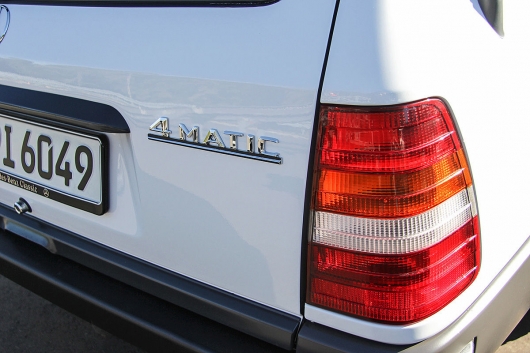 All-wheel drive system with pluggable front axle is not moved from the typical driving characteristics of rear-wheel drive models. While ASR technology needs to rid the car from slippage of the rear wheels, all-wheel drive is switched on gradually in three stages only when required even more thrust. 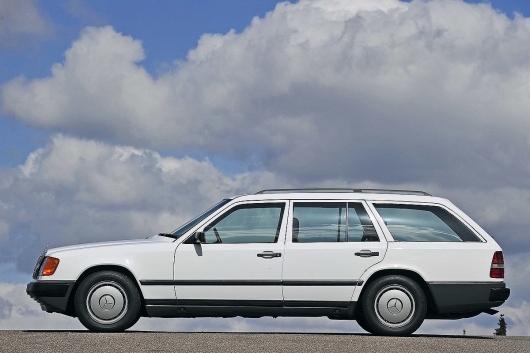 1995-ESP: in 1998, not only moose rejoiced at the introduction of ESP (dynamic stabilization system) on the new mini car A-Class, it will take quite some time, and the technology will appear on all series of Mercedes-Benz. 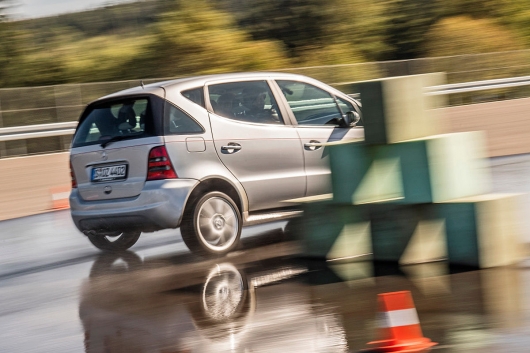 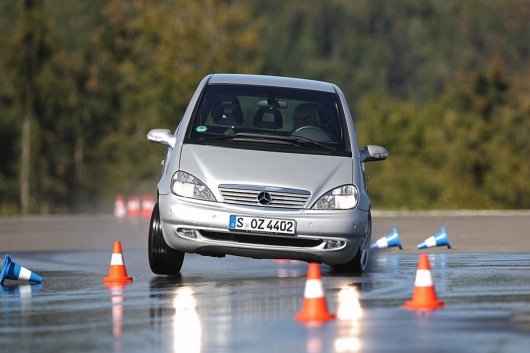 But for the first time the system was tested on the S-Class W140 series, in 1995. Technology has helped the driver in a dynamic critical driving critical situation. Thus, the loss of control at too fast a turn on a wet road is almost impossible. However, it also reduces the pleasure of driving for skilful drivers. 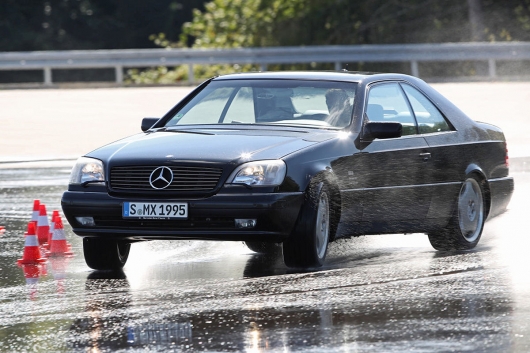 1996- (Brake Assist) BAS: since 1996, introduced Brake Assist (BAS), when the driver is starting emergency braking and immediately gets maximum support when braking. The new generation system, BAS Plus, replaced in 2005. 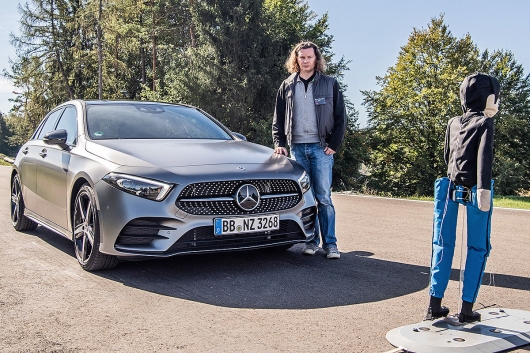 In 2012, as support for the technology appeared BAS Plus cross-assistant with a “scan” of intersections, which can now see not only cars but also pedestrians. In the new A-Class W177, starting in 2018, the system BAS is obazatelno part of the Mercedes-Benz Intelligent Drive. 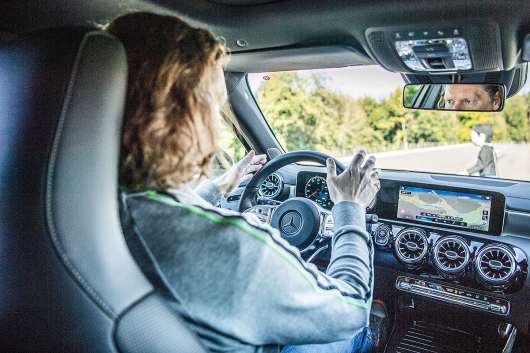 Assessment of the traffic situation based on the analysis of the order of 16,000 traffic accidents. 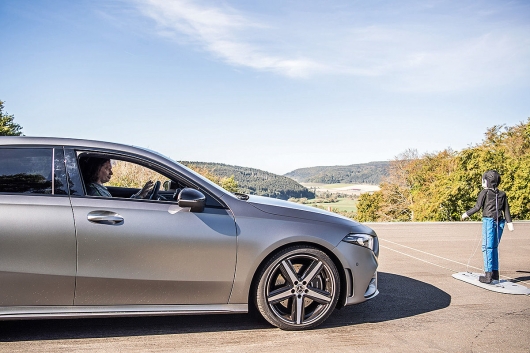 Thanks to the newest driver assistance system, for the first time integrated in the compact class, recreates a typical urban situation. 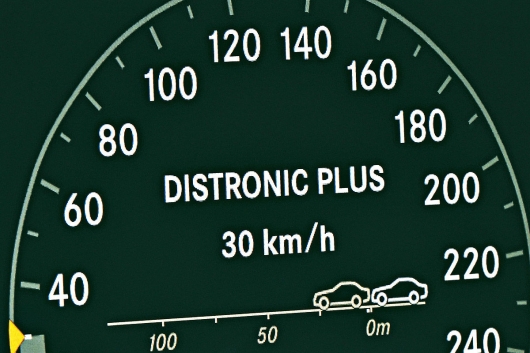 Behind parked car child runs onto the roadway here, of course, involved a mannequin. The interaction of the systems detects a problem and automatically brakes the car to a complete stop.

Yes, technology has really made a big step forward.