Mercedes will release the new C-Class in 2021: here’s what it will be 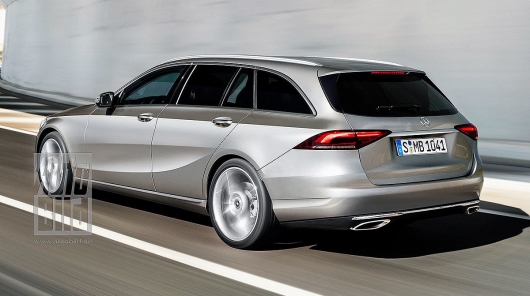 The most popular model of the company Mercedes-Benz – familiar to all C-Class, is still a matter of living a genuine interest in many countries. Some time ago in the foreign press there were photos and new details about autonomica. They have something we will share with you right now: a fresh design, the new environmentally friendly engines and electrification, a new middle class from Stuttgart goes to the start. The beginning of sales in 2021.

New Mercedes C-Class is the final preparation before the official premiere of the next-generation model. The premiere re-release of the ancestor of the “Baby Benz” is likely to take place in fall 2020 at the Paris motor show. The Network has already leaked versions of how it will look in the next most important premiere model in the line Mercedes-Benz. Despite the fact that all rendering photos yet represent only hypothetical 2D model, however, they give an idea of how it will look next generation of Mercedes. And yet, an important observation is that the new C-Class in the next generation is far from a revolution in design. Instead, Mercedes will continue to promote a style that would become known for new variations of the A-Class: less rounded shapes on the exterior – more angles and smooth surfaces in body parts. The size of future trends, however, will likely remain almost unchanged, and here the team sees no need for serious improvements. The current C-Class has become the size as the E-Class of the early 1990-ies.

Anyway, actually C-Class in our opinion has reached the ideal dimensions: the interior is big enough to cater to all passengers and to meet all of the transportation problem, and the outside is compact enough even for European cities. GLC based on the C-class also remains in a similar format.

That sales cannot continue in the same format, perfectly shows the number of sold car model C-Class in the United States. In the third quarter, for the first time in history, Tesla sold more cars than Mercedes. The main competitor in the fight for the market became the Model 3, which lately, there’s been so many conflicting rumors. Anyway, for three months, American electric car was sold in the amount of 55.800 units, pushing the C-Class is position down. Mercedes need to play the electric map, if he does not want any further dips in sales.

Another reason to put the C-Class under tension lies in the fact that all new versions come with a 48-volt electrical system. The hybrid module is designed to reduce consumption and at the same time improving the ride quality. Technology E-Boost adds about 100 Newton-meters, even on entry-level versions with a small four-cylinder engine. Very significant increase with this revision. Such electrification in addition can help in complying with future legislation on emissions, which in future will only get tougher.

But despite all the success on the “electric front”, Mercedes remains true to itself: to continue offering a particularly hot version of the AMG with eight-cylinder V-shaped engine in the kit.

While the engines and drive systems due to mass introduction of electric equipment on the new generation models largely have to be modified, the suspension will remain without significant changes. The main direction as it was before – Pneumatics. Pneumatic version of the suspension not only on the wagon, but the sedan and even the coupe. All for maximum comfort of passengers.

Communication: the Third level of autonomy and high-tech interior 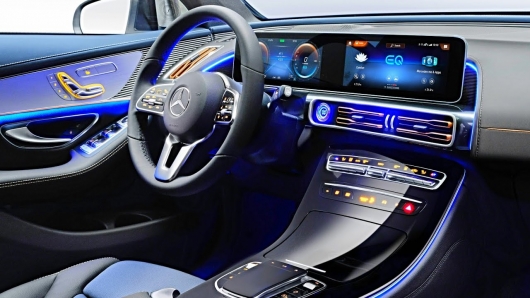 Specifically, this means: in certain driving situations, the office will take over your computer. The driver can read the SMS, reply to emails or to watch TV and all this must be done at speeds up to 130 km/h (Audi is currently developing a system with more modest data – up to 60 km/h).

To do this, Mercedes will have to develop an electronic platform which over the next decade, the company was able to develop its technological system and integrate a variety of sensors to solve those or other problems. Ideally, say in Stuttgart, it would be up to 4 or 5 Level of autonomy in the next decade.

Inside the cabin, too, will continue development. A-Class and the new EQC (in the picture above) to show how it will look like C-Class from the inside: large display, full length, high resolution, in the first place it will be designed to replace the classic cluster tools. Well, the technology of voice communication “Hey Mercedes” will make buttons and switches on the centre console superfluous.