2020 Hyundai Palisade: Everything we know about a new large crossover 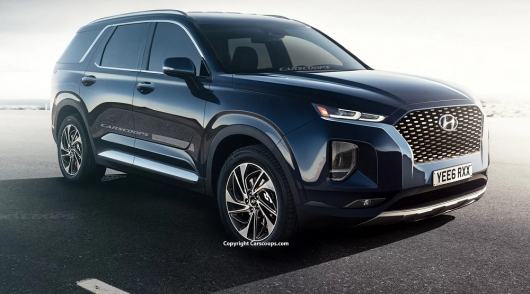 In the world of automotive novelties is easy to get lost, to get confused or miss something. Daily on the horizon of events there are a variety of new items. If not full of new production cars, at least to their tuned version, or the concept of distant updates.

For example, one such recent concepts was the SUV Hyundai HDC-2 Grandmaster SUV, which debuted in early June at the Busan motor show in South Korea: 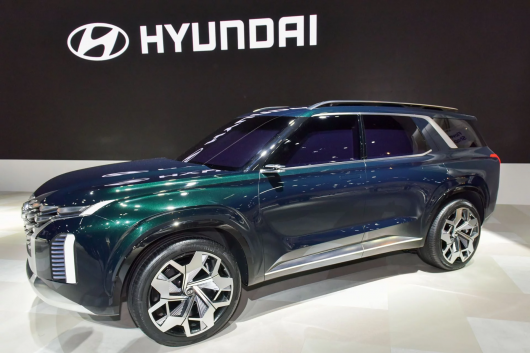 But if you have a concept, most likely will appear and the production car on its stylistic base. What is the result in the end may have all this business? How it will look in possible new crossover from Hyundai and will he ever?

Yes, this crossover is done. In the Internet you can see pictures of unknown, closed on all sides dazzle-camo SUV, a large vehicle, which previously the Korean company has not released. This is the future a new model of Palisade (name not yet officially confirmed, but it has several times used automotive media, so let’s assume that the new call). This large 8-seater SUV will hit the market in 2019 – 2020.

A new model of Palisade will be the most expensive top-end novelty in the line of SUVs and Hyundai, which already includes Kona, Tucson and Santa Fe. The novelty promises to be the biggest crossover of the brand since 2013, when there was a Veracruz.

Despite the transition in street testing phase, many of the new car remains a mystery. For example, it is unknown how it will look. The so-called “test mule” is not able to give an absolute understanding of the scope of the project. But something we all found out.

The car seems to us to be large, about the size of a Volkswagen Atlas. His body needs to decorate numerous forms and bold proportions and solutions, most likely inspired by the American school of SUVs.

The crossover will certainly get a huge piece recently shown the concept of HDC-2. I would particularly like to see on a production car this unusual chrome line, put on top of the doors, cascading pillar in all trim levels, even the minimum. 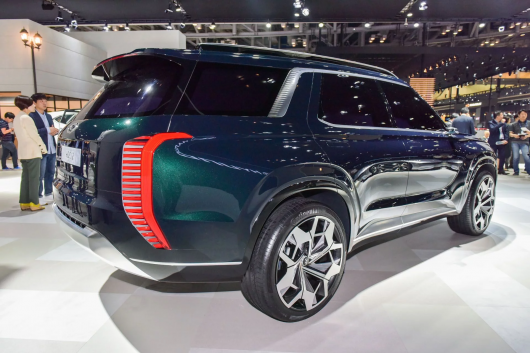 Concept cars at the front of the SUV gets a bold “face” that fleetingly resembles the style of Santa Fe the last generation, with its huge width radiator filesresearch and thin led light strip head lighting, located on the sides of the massive intakes. Fore wings with the flared wheel arches also look similar to those we had previously seen at Santa Fe 2018 model year. This gives the crossover more aggressive. It sure will be respected on the road.

Behind, the style of the SUV is quite commonplace for this class of SUVs. Again, this is if you start from the motor show concept. What will be the spotlight from the final model, and the bumper put on it to say it is impossible.

Spacious and smart inside 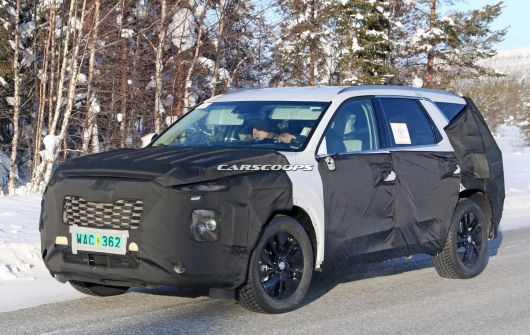 Inside the place is enough for eight passengers. Access to the gallery will be activated with the button that activates the electric drive and driving the second-row seats.

Of technically advanced technologies will be available a modern system:

Seats with heating and ventilation;

Audio “Infinity” and much, much more.

Sharing a single platform with a full-size SUV Kia Telluride will allow you to access a powerful 3.3-liter twinturbo V6 engine that produces 365 HP and 510 Nm of torque. Unlike competitors, power will be transmitted to the front wheels via 8-speed automatic transmission as standard, while all-wheel drive will be optional.

Ambitious Hyundai has hinted that the company is ready to offer 15 variants electrified by 2020, in which Palisade will be paired with hybrid powertrains. As a more standard alternatives, the SUV will be a 2.2-liter four-cylinder diesel engine capacity of 190 HP and torque of 437 Nm.

North America will probably be one of the first regions, which will depart new SUV Palisade. In Europe and Asia, he will also appear, but perhaps later. About Russia so far no information. Waiting for the official disclosures at the end of this year or early 2019 at the auto show in Detroit.