2019 Kia Telluride: the large SUV is completely without camouflage

The concept of a new large SUV Kia 2019 remains unchanged 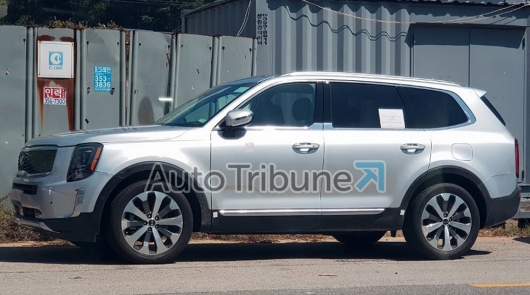 In 2016, the concept Kia Telluride were warmly welcomed by overseas owners on its debut premiere. Guess where the Koreans held a presentation? If you don’t remember this moment, but I thought that the giant was sure to appear in the U.S., you were right. Future model debuted at the North American international auto show in 2016. Two years later, the SUV slowly rolled to a production model, it becomes obvious that the production model will stay true to the concept. 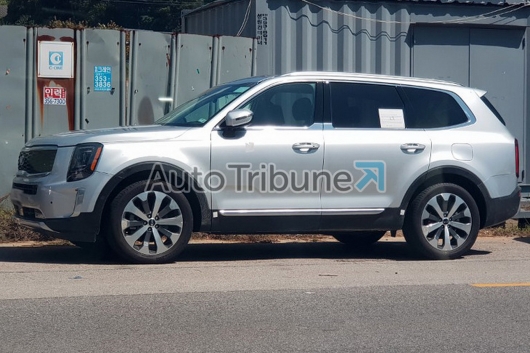 Changes, or rather the lack thereof in relation to the conceptual model can be seen in a series of photos published on the blog pages thekoreancarblog.com and in other South Korean edition – Auto Tribune. Thus on the basis of photographs we can get a full picture of a brand new crossover, which is expected to debut early next year. 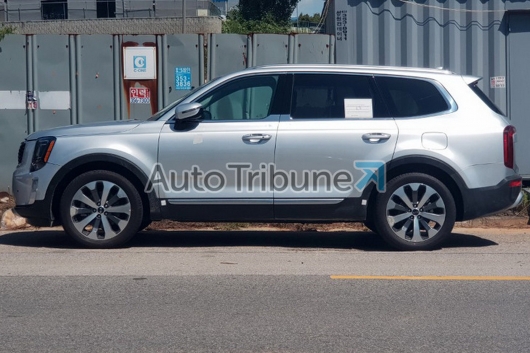 View the photo Korean news and ask yourself another question: “doesn’t this remind serial SUV some American model?”. In our opinion, very similar. Telluride has some common features, for example, with the traditional “American” GMC Yukon. And that’s all right! Both models have wide grille, vertical headlamps and rounded profiles of the front fenders. Perhaps General Motors will not be happy to see a competitor in their ancestral lands, but Kia is able to offer something more to their original vision of the issue that includes a lot of different unique things like finishing the bumpers, air intakes, lighting, wheels and so on around the circle. In the photo are perfectly visible all the details of the production version: 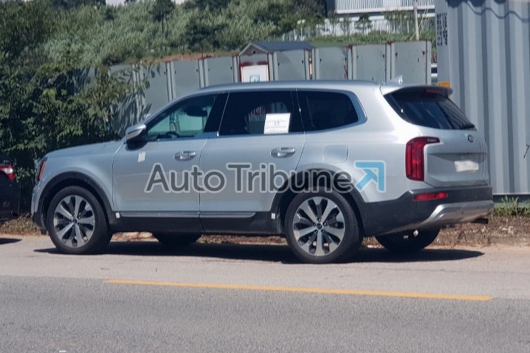 While the front fascia of the SUV is different from that used in the concept, from both versions of the same model are almost identical. Exceptions include the care of such “frills” as the vents in the front wings and the appearance in the doorway of a traditional door handles. 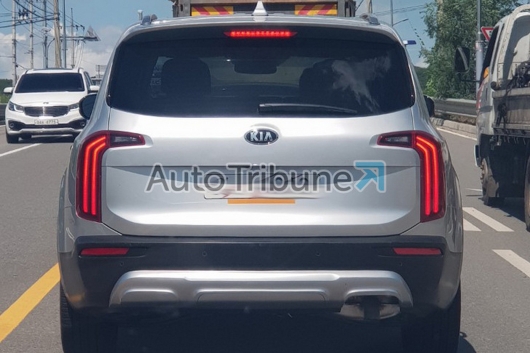 Moving to the rear, you can see the transfer of the rear lights on serico from the concept. This audacity come to an end. The back door was significantly changed in the direction of lean of the style a La Kia Rio, a new rear bumper can boast a breakthrough design, he doesn’t even have dual exhaust. Everything is quite predictable and… boring.

Knowing now how it will look in the exterior, the interior still remains a mystery. The concept of the interior of the prototype was strongly influenced by Mercedes S-Class, but it is doubtful that the production model will aim for such lofty ambitions. 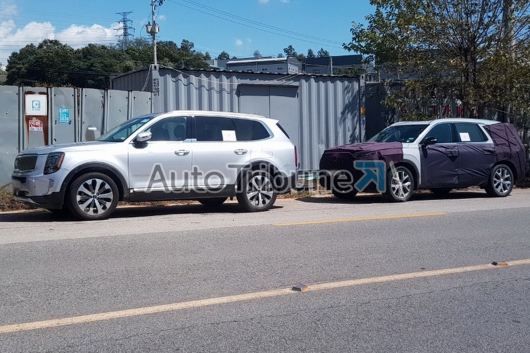 The interior is not the only mystery, as it remains unclear which platform will be the basis of the model. Although the concept was based on a modified version of the platform Sorento, Kia officials suggested that the new product can ride on the same architecture that underpins the K900. If this is true, the model could be offered with a 3.3-liter twin-turbo V6, 365 HP (272 kW) and 509 Nm of torque. 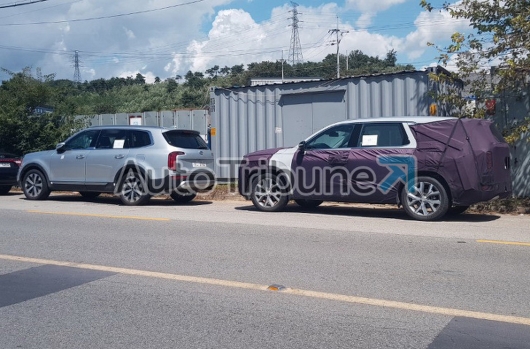 However, it seems more likely that a large model will receive the same platform as the Hyundai Santa Fe. Along with it will go the same engine options. As a result, we can expect as the base motor is a 2.0-liter four-cylinder engine with a turbocharged 235 HP (175 kW) and torque of 353 Nm.