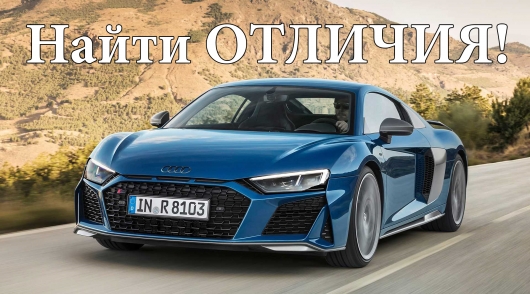 Updated supercar adds a bit of aggression of their appearance. The key word is “little.”

Remember the Prologue concept 2014? Remember how much hope was entrusted to the so-called new design language Audi? Remember who took four years ago as chief designer of Audi, Marc Lichte, who was to revolutionize all boring stability Audi? So – forget! Sure though, because almost none of the above has not been implemented. In the example you can put new (or rather updated) racing Audi R8.

We certainly are well aware of the fact that the model R8 in 2019 model year, received only cosmetic and medium-term technical changes that are designed only to encourage well-established concept. However, let’s compare the differences in two versions of the same model to each of us answered at the end – did the company from Ingolstadt to play by the new rules or continued from time to time to rivet clones, similar to one another across the line…

The updated Audi R8 has become a reality. A variety of rumors that Audi may change in the course of cosmetic changes has been only partially confirmed. The main intrigue was possible to replace the usual new V10 V6. We now know that the rumors were not confirmed, the change is not there.

V10 only got 30 horsepower (22 kilowatts) in the basic version of the new R8, while the performance of the V10 Quattro (the new name for the V10 Plus) rose a more modest 9 HP (7 kW). Dynamic characteristics due to the small improvements remained essentially unchanged. To 100 km/h basic version accelerates slightly less than 3.5 seconds, more charged version reaches 100 km/h in just over 3 seconds.

No hybrid or electric versions of the R8. At least not yet. This is the first and very important clue that tells us that Audi is not even going to make the slightest attempt to move the previously chosen course of conservatism.

Audi did not rewrite the book style R8 with a visual point of view. Instead, the developers have made a point of interesting changes, which, however, could add to an already powerful car racing even more expression. 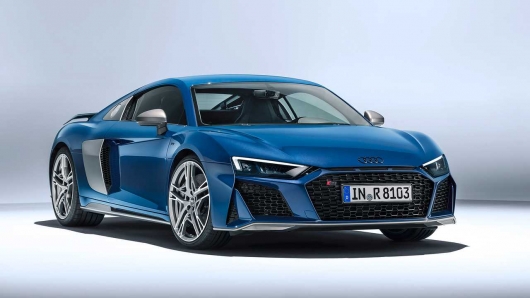 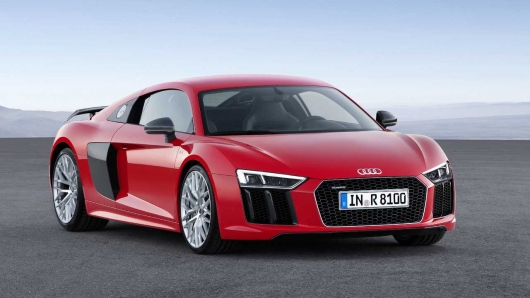 Not to get confused: at the top of Audi R8 in 2019, below the previous version

The front became more angles and various aerodynamic “flaps” around the main radiator filesresearch forces you to concentrate on new elements a little longer, seeing the little model under a different “angle”.

The grille has become wider and closer to the headlights. At the bottom of the bumper there was a peculiar aerodynamic stripes from the front bumper, continued along the side skirts.

A comparison of two R8 rear

Changes in the back are more pronounced, but if the new and old models were not parked side by side, we’d hardly be able to understand how significant these changes really are. 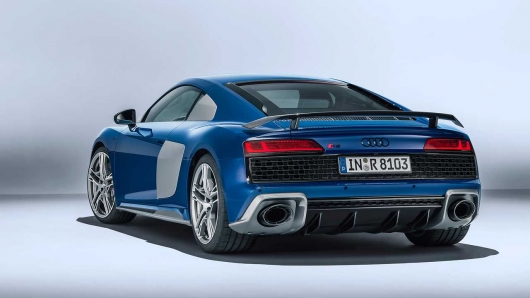 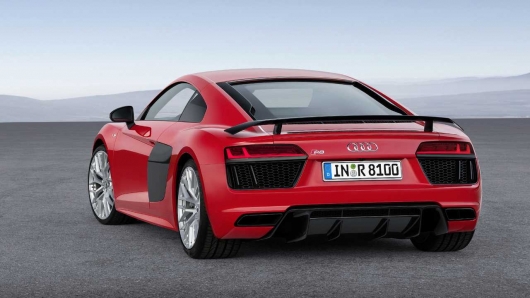 Top Audi R8 2019, at the bottom of the previous version

Not less obvious is the massive rear diffuser, located between the two exhaust pipes, which got a little wider compared to the outgoing model and has received a number of modifications in its form. Another obvious addition, not counting the grey inserts around the exhaust pipes steel rear vents that have fallen from the rear lights to the width of the whole machine. All over ventilation, however, remains unchanged.

Here even less. In fact, the new R8 interior is the transfer of the cabin from the previous edition, with the addition of some new color finishes. 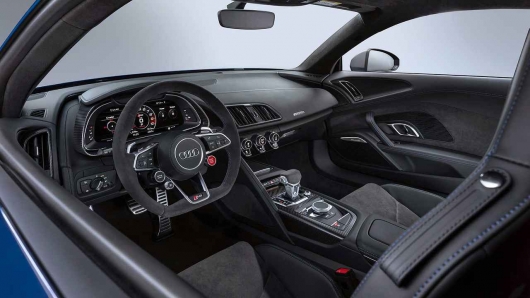 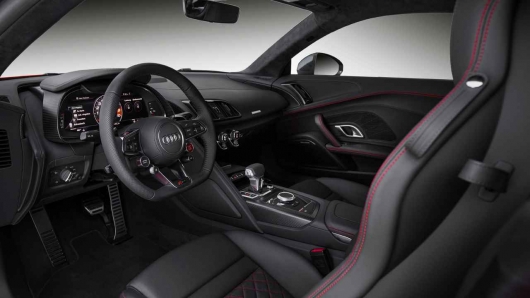 Top Audi R8 2019, at the bottom of the previous version

Thus, we can state the fact that Audi, as before is his favorite road – updated the minimum, but with the mind. Here it’s the “wisely” and not enough of the previous design team. But the revolution in approach in Ingolstadt did not happen. It is perfectly clear to update their most advanced racing models in the lineup. So it is significant!