2018 BMW X3: First photos of next to rival Porsche

2018 BMW X3 in comparison to the Porsche Macan. 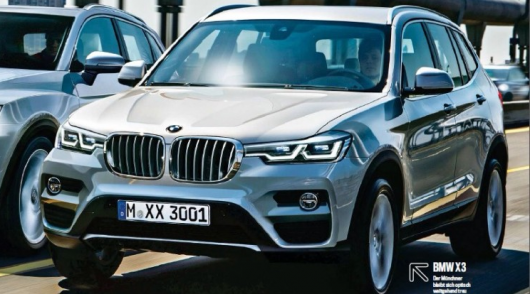 In the Internet appeared the video, which you can see the engineering tests of the third generation of the crossover BMW X3. Thanks to the unique video you will be able to see the real size of the machine, despite the camouflage. The fact is that next to the prototype of the new crossover, you can see the Porsche Macan SUV.

Why did the engineers of BMW took to winter testing competing model of crossover?

It’s very simple. Porsche Macan on the market today is the best in its class. The company BMW expects that the leadership of the Porsche SUV will not last long. The Bavarians hope to create the best crossover in this class. Production of the new generation X3 is scheduled to begin in the second half of 2017 as a 2018 model.

New SUV BMW is 100 pounds lighter than the current generation. And given the fact that the new model X3 will be bigger the second generation. This will become possible due to a new scalable platform CLAR, on the basis of which produced new model 7-series, and in the future will be produced new models of 5-series and X5. 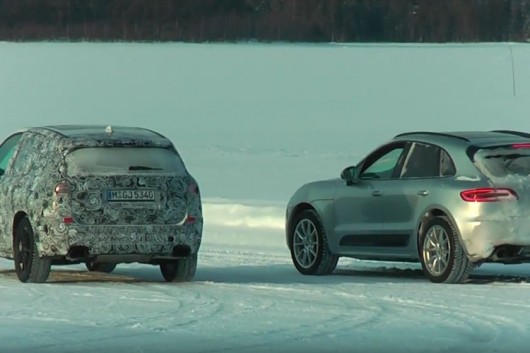 BMW X3 (2018) will be equipped with, as four-cylinder and six-cylinder petrol and diesel engines. The crossover will be sold as rear-wheel-drive (SDrive) and in the traditional version with all-wheel drive xDrive.

Judging by the video, the engineers during the test compared the full drive G01 (internal code name of a new generation of crossover X3), and transmission to the crossover Porsche Macan.

Therefore, tests were selected for adverse conditions to develop a new model that is guaranteed to have advantages over the Porsche SUV in any weather conditions.

However, off-road, not a major issue, I think engineers. Still, the basic tests X3 will take place on the track where X3, even today, has several advantages over a Macan.

But BMW certainly hopes to make a new model on the road, the track or even on the runway will exceed by all parameters compact crossover Porsche.

I hope that the ride and handling of the new X3 will really surpass Macan. 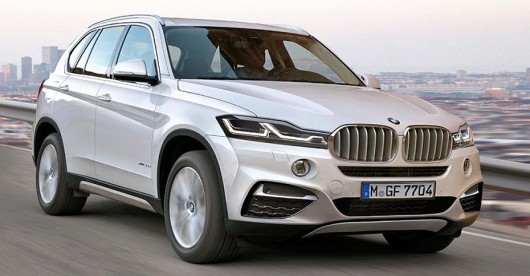 We will remind that recently the company Porsche has announced that it will start to equip crossovers Macan 2.0-liter turbocharged engine that will significantly reduce the cost of the machine. As a result very soon the legendary model Porsche will be more accessible to a wider range of customers.

But BMW also has in its Arsenal a variety of four-cylinder and six-cylinder engines. So the Bavarians will easily be able to compete with Porsche for market share in this segment of cars. Also the six-cylinder BMW engines have many advantages compared to V6 engines of Porsche.

Model Macan Turbo will also compete with the model M-series X3. So if BMW really set a goal to beat the Porsche, making the new model crossover Macan is better, there is a good chance that we will see a new model Х3М, which might get the engine from M3 / M4 (twin-turbo engines power more than 500 HP)

Thus, the market for small premium crossovers is waiting for us in the future a real fierce war. After all, with crossover Porsche Macan will soon rival the new crossover Audi Q5, Mercedes-Benz GLC and Lexus NX. Also those cars, BMW and Porsche crossover will face in the future with other newcomers, are currently developing many automotive companies.

Given the talent of the engineers at BMW and the rapidly growing demand for crossovers luxury apartments in the near future it will be interesting to watch developments.