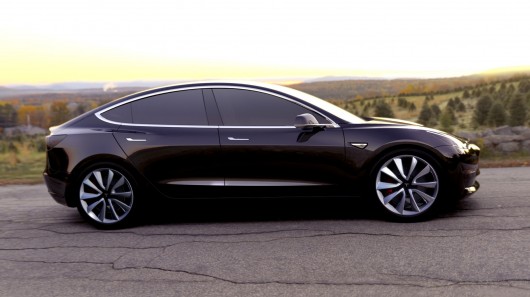 The company Tesla at its plant in Los Angeles presented a new model of Tesla Model 3. Before the public for the first time presents the most affordable Tesla car, the cost of which will amount to 35,000 dollars. Despite the cost, the sedan will still be high. For example, acceleration from 0-100 km/h will occur in just less than 6 seconds.

According to the head of the company Elon musk, Tesla don’t do slow cars. It is expected that the cruising range of affordable electric car will be 346 kilometers on one battery charge. Moreover, this stock is designed for the cheapest base models. In more expensive models, the car will have an increased range. 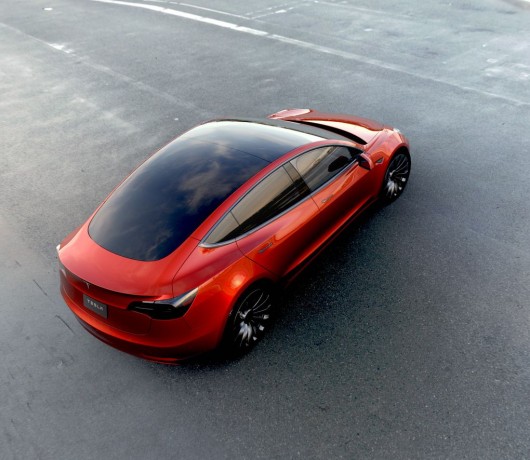 All Tesla model 3 will be delivered with semi-automatic function of the autopilot. Thanks to the special design in the car can comfortably ride 5 people. For those who have claustrophobia, engineers equipped the novelty with a glass roof. The size of Model 3 is comparable with Audi A4 and BMW 3-series or Mercedes-Benz C-Class. Most notably, the new model of Tesla in addition to sizing will be sold in the same price segment as that of the aforementioned German cars.

We have no doubt that the success of the machine is predetermined. Since during the premiere of the machine around 140 people have made 140,000 $ payment (in $ 1000) for the right to receive the first batch of vehicles first. Delivery vehicles will begin in 2017.

Safety and place in the trunk 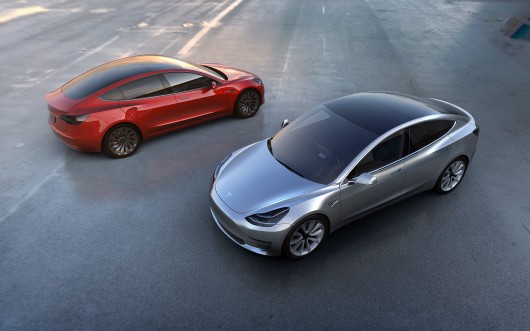 A new model Tesla has a unique design, thanks to the special body design and the planning of space in the front and in the rear of the machine. Due to the fact that the car is no bulky internal combustion engine engineers have been able to provide excellent rigidity and make the car one of the safest in the world. According to the head of the company, it is expected that the results of crash tests Model 3 will get the highest safety ratings.

Also due to the lack of engine, the designers managed to make a small sedan with a large interior space that really allows for 5 adult passengers to feel pretty comfortable inside the car. Moreover, despite the compact dimensions of the car, got a big Luggage space.

Overall, I must admit that the Tesla Model 3 is really strong and bold design. Due to the fact that electric cars don’t need an internal combustion engine, the cooling system, the manifold, the inlets and in many other ways, the designers decided to remove the familiar to us for all of the cars grille.

If the Model S we saw familiar to us grille, the crossover Model X can be seen as the engineers and designers have reduced the lattice. Because it does not make sense in an electric car and performs a decorative role. 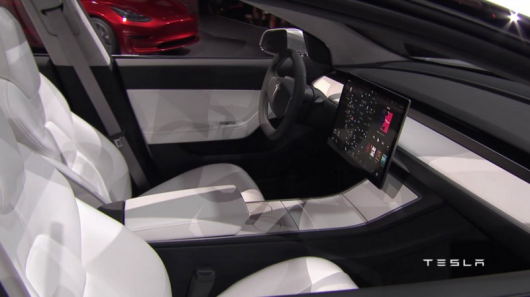 In the new model of the company Tesla decided to completely abandon this external element, creating the car without a grille in the front part.

Though slightly below the closed bar (where there should be bars) are all the same intakes, but they’re in this machine perform only the role of the distribution of the aerodynamic flow of air. 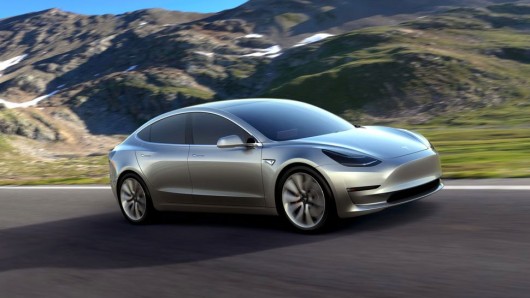 Model 3 has a sleek and very modern appearance. Short overhangs make the car less elegant than something like the Model S. But, nevertheless, the proportions of the body on top.

However, a car without a grille from some angles looks like something unusual and eccentric. Maybe to get used to it.

In General of course novelty should appeal to many people. Especially for elements of futuristic design of the car. Perhaps a strange view of the front part will make people agitated. This will be enough to keep the audience interested.

We think the Tesla Model 3 design in the front similar to Renault Caravelle 1968, whose engine was located in the rear of the machine. That is why the French brand has abandoned the use of the grille Caravelle. Here is an example comparison. Agree, obviously. 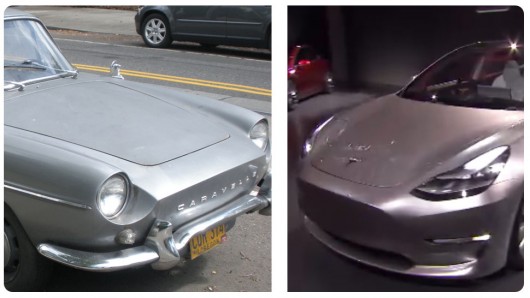 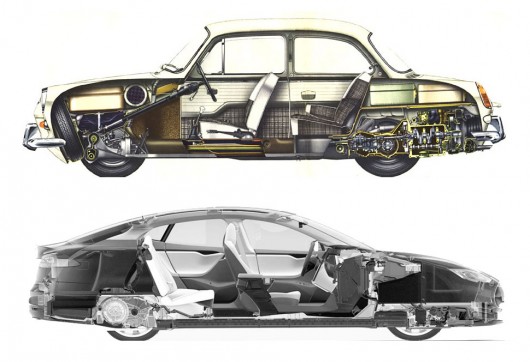 It is difficult to underestimate the importance of this car to Tesla. After all, the goal of Elon musk was to create an affordable electric car with a large power reserve. But unfortunately, because of the cost of technology, the first model Tesla Model S is too expensive. The model X is even more expensive. But Model 3 is a breakthrough. Because it would be the world’s first electric car with a large power reserve, at a cost comparable to conventional cars running on traditional fuels. 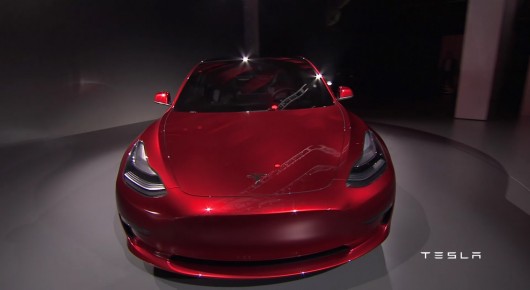 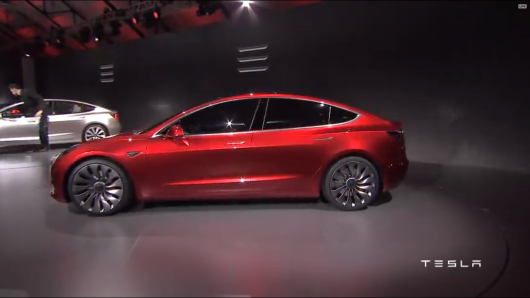 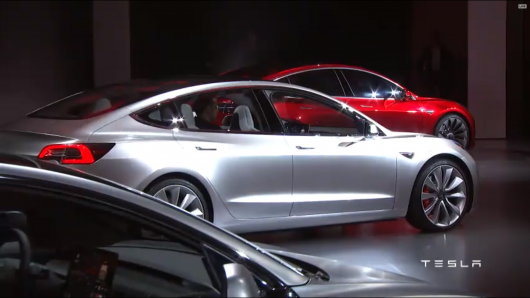 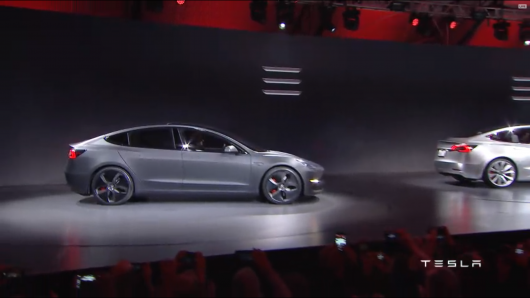 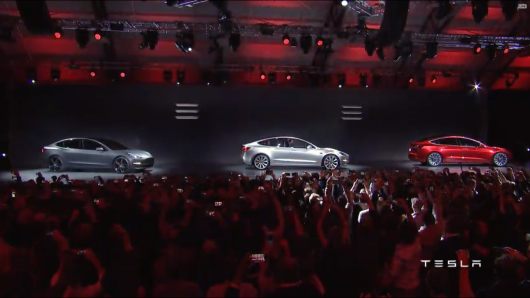 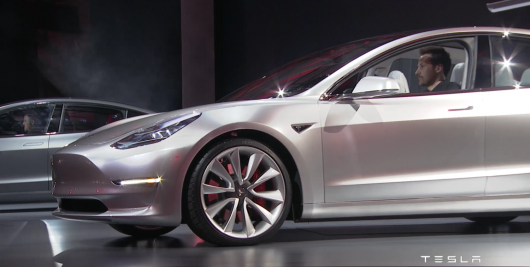 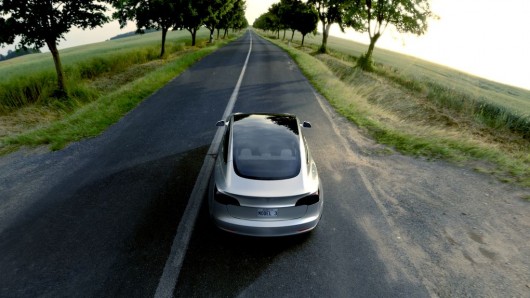 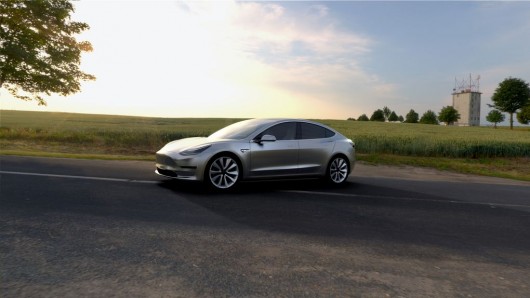