20 greatest music videos which lit up the car

Cars and music go hand-in-hand do for decades. We made for you a selection of 20 of the coolest music videos of all time, which, we trust, will appeal not only experienced people but also young readers. And most importantly, in these videos one way or another featured at least one car. 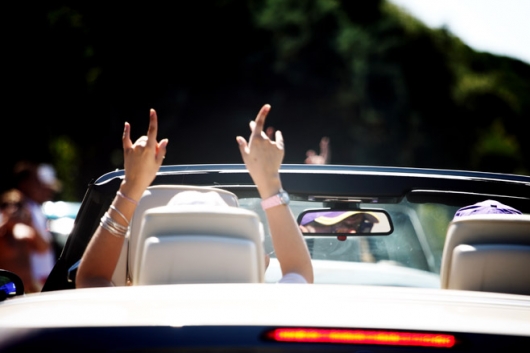 Shelby Cobra, pursued by a squadron of police cars in the desert, so as exciting as it sounds. And the finale is brutal – the car burns to the ground.

Really not much skating in this video but we can always appreciate a couple of nice sedans Jaguar.

Ferrari Testarossa being chased by police in the blue sea of urban darkness under music retro “Protomedeia” Kaminskogo one of the anthems of the 80-ies.

Here’s a more futuristic look from the past. The song is called “Cars”, cars.

Racing Fast & Furious in the desert, which in the development of the plot of the clip is added powerful dragsters. It’s not the most realistic racing scene in the world, but still fun to watch.

Calvin Harris – “We’ll Be Coming Back”

Calvin Harris, it seems, is very fond of cars, because this chase for treasure through the mountains of California again full of wonderful vintage cars.

One I this clip is reminiscent of “Jackass” from MTV? Strange thing.

Beastie Boys and Spike Jonze in style of detectives of the 70-ies. The main thing is the mustache!

Video M. I. A. for “bad girls” is not just a fascinating look at car culture in the middle East is also a statement against archaic laws in some parts of the region, forbidding women to drive cars.

Well, this classic know everything from small to large.

If you were convinced that love ZZ Top Hot Rod cars, a video for the song “I Gotsta Get Paid” should convince you otherwise. We guarantee it.

Probably, to remove this clip was not very expensive. Most of the time the camera frontman of the British band Jamiroquai driving Ferrari. Fun music, easy clip. It was the 90s.

David Hasselhoff – “Jump In My Car”

David Hasselhoff series “Knight rider,” where he played Michael knight and ride car, equipped with artificial intelligence named “K. I. T. T.”, jointly fighting crime, turned out to be a very self-ironic small. Otherwise he would not began to appear in such a clip under the end of my career.

Audioslave – “Show Me How To Live”

In 1971, rental in USA released film “Vanishing point”. The video for the song “Show Me How To Live” is a condensed version. Stylish, cool!

Kanye and Jay of course rich rappers, but to cut to pieces the Maybach, even for a good clip – it’s kind of too much…

Bruce Willis is chasing the Gorillaz group. Again the desert, the shots of a revolver and speed.

British pop singer Robbie Williams appears in this clip as Bob Williams, a racer of “Formula-1” of 1960-ies. The story kind of based on real events.