18 the most dangerous jobs in the world

What work is the most dangerous in the world. 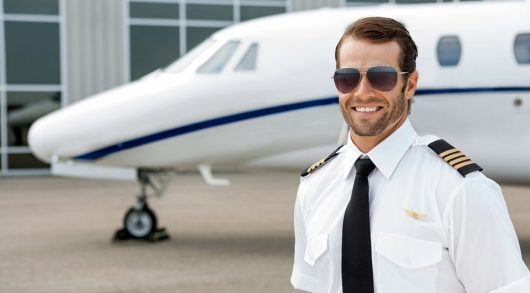 Who among us has not dreamed of a high paying job? Of course, everyone wants to get a decent salary and do nothing. But, alas, such a lifestyle only available to billionaires and millionaires who make money out of nothing. So most of us have to work, Papa Carlo, for a modest wage. But there is in the world and well-paid profession, bringing a good income. Unfortunately, most of them are a risk to health and even life. We have compiled for you a list of the most dangerous jobs in the world.

I think that those who cuts trees, more of a risk than those in a special machine that holds the wood at the time of logging? You are wrong. The drivers of those cars too much risk. Thus, according to the Bureau of labor statistics of the United States, in 2016, the workers of the logging companies took the first place among the representatives of the most dangerous professions. This year was was the death of 91 lumberjack. On average 135,9 per 100,000 workers. The most common cause of death becoming falling trees, and equipment failure. Unfortunately, in Russia there are no such official statistics. But I think that the situation here is not better.

There is a myth that the garbage collectors of the streets paying little money. But, as a rule, it is not. The fact is that paying a penny garbage collectors is not profitable. Otherwise no one will come. And the thing risks this work. It is not only undesirable and unpleasant work, which not everyone will agree, but still dangerous.

And most interestingly, the risk is not directly related to waste. Most garbage collectors are killed under the wheels of trucks, under which fall during work, or knock their other vehicles.

Electricity and water are normally incompatible. But for underwater welders is just another part of the job. They repair the pipelines, ships, dams etc. of Course, this work is connected with large risks, including the risk of explosion. But the main danger is the pressure drop.

According to the Center for control and prevention of diseases USA, underwater welders have the chance to die 40 times more often than the average for all other jobs.

The explosion of the oil drilling platform Deepwater Horizon and oil spill in the Gulf of Mexico in 2010, which killed 11 people, reminded the world that the workers of the oil rigs have one of the most dangerous professions in the world both on offshore and on land.

Height, heavy equipment and hazardous materials is only a small part of the risk. Surprisingly, but most often oil workers die in car accidents. The fatigue of a long and unsafe trip to the drilling rigs, and transportation of oil in the dark and are the culprits of frequent accidents.

Roofers go on the roofs of our houses and office buildings. No wonder they have the fourth largest mortality rate in the world. For example, in the United States in 2016 killed 100 roofers. The most common cause of death is falls from roofs. In second place was the cause of the tragedy – the shock.

Of course, animal bites, which carry infection and disease, can harm the vets. But most of all, veterinarians are vulnerable to mental illness. According to the Australian veterinary Association, vets are four times more likely to commit suicide than other Australians.

The study, however, does not indicate any one specific cause of high rate of suicide. But the most common are high stress at work, emotional difficulties related to euthanasia of animals, and responsibility.

Is on the popular Discovery channel show “deadliest catch.” It is broadcast on the channel since 2005. The popularity of the show stems from the fact that fishing is not always safe. The risk of death of fishermen is the same as for the loggers. In the end, this show attracts the attention of disturbing parts of a television audience.

According to the Bureau of labor statistics of the US, fishermen and oilfield workers are in second place among workers of dangerous professions in the United States. Fishermen face a lot of surprises in the open waters, far from any medical help, gambling with his life in hopes of a huge catch, which depends on the size of the salary. Unfortunately, fishermen often sink.

Height, steel beams, destroying walls, power lines, and falling objects are just part of what makes the builders and engineers workers from areas of risk. According to the Bureau of labor statistics of the United States, builders and metallurgists is a 6-th place among the representatives of all the dangerous jobs in the world. So, in 2016 in the United States in these industries was registered in an average of 25.1 deaths per 100,000 workers working person.

Builders often the death associated with a fall. Metallurgists and steelmakers cause of death, as a rule, burns and deep cuts.

Despite the fact that in the last 10 years, the safety of commercial airlines improved several times, disasters among small and small aircraft are still at a pretty high level around the world. Often fall air taxi (helicopters and small planes).

Basically the cause of the tragedy is the human factor (mistake of the pilot or the flight engineer). Not the last role in the frequency of the crash also plays a weather and mechanical breakdown of the aircraft.

Fast horse riding is popular all over the world. This ancient sport has the highest rate of injury among riders, making this profession one of the most dangerous in the world.

This work is not only milking cows or growing vegetables. In addition to the risk of exposure to the sun, there is a risk of injury from animal and chemical poisoning from the chemicals needed to process the fields from pests, the risk of farming is also associated with heavy machinery.

According to the researchers, most of the farmers are dying due to traffic accidents.

For workers in this industry around the world potentially higher income does not compensate for the enormous risks associated with working underground.

However, despite the high risk job of a miner attracts millions of people around the world.

Caves, explosions, chemical leaks, falls, electric shock, toxic fumes and heavy loads are just some of the hazards faced by the miners in their work.

China has the world’s largest mining industry. However, in China the largest number of deaths among the miners.

According to the research, it was found that about 80% of all deaths among miners all over the world recorded in Chinese coal mines.

The most common cause of the tragedy be explosions.

Truck drivers have always been at risk. Even in developed countries, such as USA, drivers of large trucks are killed more often than people employed in other professions. So, at the end of 2016 among 100 000 workers died 24,7 truck drivers.

In our country the drivers of heavy vehicles are also at risk. Some drivers carry the heavy and dangerous loads across large distances. The most common cause of death is the fatigue of truck drivers who while driving, falling asleep behind the wheel. But drowsy driving is not the only cause of death for drivers of trucks. A large number of tragedies occur because of the faulty trucks.

This work is a priori connected with the danger involved in this profession, people do crazy stunts that are too risky for the actors. Tricks needed to attract the interest of the public. Jumping from a great height, the deliberate crash of vehicles or the use of real weapons in fights are part of the reason for the frequent injuries and deaths of stunt.

Despite the fact that the maintenance of parks and areas in the yards does not imply anything dangerous, however, workers in this sector are subject to various risks. Most of the workers die from accidents in transport. Serious injuries also due to the fall of various objects (icicles, plaster) and from the electric shock.

Private investigators often work independently, without assistants. On duty they, like the police, have to interact with people who transgress the law. Including sometimes with dangerous criminals. Logically, unlike the police private detective has a better chance of attacking intruders.

These employees supervise the construction or mining operation. Many people think that superintendents and other leaders have little risk of injury at the workplace as opposed to those who work on the ground.

But even the oversight is one of the most dangerous jobs.

All over the world for several years recorded growth of death of workers-supervisors in the field of construction and mining. And the thing is that the chiefs still have to visit the construction site or place of extraction of minerals. But unlike the workers on the ground who have already learned all the safety rules, many bosses often neglect them, which ultimately leads to tragedy.